NYU alumna Katie Jacoby (BA '13) works as a freelance electric and acoustic violinist. Since graduating, Katie has performed on Saturday Night Live, Full Frontal with Samantha Bee, The Tonight Show with Jimmy Fallon, and worked as a violin consultant on Mozart in the Jungle. Recently, Katie has been traveling with The Who for their “Moving On!" tour.   We asked her to talk about her life after graduation.

What have you been up to since graduation?

I’ve been keeping busy, that’s for sure. I work as a freelance electric and acoustic violinist, touring and in New York City. This past year, I’ve been playing with The Who, visiting arenas, ballparks, and stadiums around the globe. I also just released my first EP of original music. (If you’re curious, it’s available on all streaming platforms and for sale on vinyl.)

I started NYU as a music business major, but transferred to the Department of Media, Culture, and Communications. I’m grateful for my time in the music business program; I learned all that needed to be done when I released my EP, and I’ll never find myself in a position where I’m signing a shoddy record deal. Ultimately, the MCC program was a better fit. I found media theory and psychoanalytic theory to be very rewarding and illuminating, and the program gave me a sharp lens with which to view the world. As for the shift into playing professionally, I had already been doing so since the age of twelve. One of the reasons why I chose NYU was so that I could pursue professional opportunities while also getting my degree.

I'm grateful for my time in the music business program; I learned all that needed to be done when I released my EP, and I’ll never find myself in a position where I’m signing a shoddy record deal.

What was it like working as a violin consultant on Mozart in the Jungle?

Television and film seem super glamorous, and some facets of it are, but painfully early call times and 18+ hour days are the norm. I had a unique role on set, where I would give violin lessons to the non-musician actors, and make sure that nobody was holding their instruments upside down in the shots, or anything wild like that. I even helped the prop department reassemble some broken violins. I was recommended for this job by a violinist colleague that I met in a West Village bar. Networking occurs everywhere in NYC, and NYU students and professionals alike are quite literally surrounded by opportunities.

Live television is a thrill because anything could happen during a broadcast to millions. Walking onto the sets of SNL and other late-night television shows is always a trip because everything is much smaller than it looks on screen. So much goes into producing these shows with so many people, and witnessing the organized, but frenzied preparation before, during, and after filming is a rare experience.

Katie Jacoby Playing with The Who

I was a massive fan of The Who growing up, and even played Baba O’Riley at my high school’s Battle of the Bands (which we won).

Tell me about touring with rock musicians.

I’m a massive fan of rock 'n' roll, so I am beyond grateful for the opportunities and experiences I’ve had. Touring is exhilarating, and I’ve enjoyed exploring new cities every day. The most surreal part is knowing that the music a lot of the musicians I’ve performed with, has shaped the culture of a generation.

He’s a truly remarkable performer and a very funny guy. He's still singing all the songs in their original keys and hitting all of the high notes with more ferocity than ever. It has been a joy to work with him, though now I’m constantly on the lookout for projectiles. One of his signature moves involves swinging a microphone wildly in the air.

Did you grow up as a fan of The Who? Are your parents fans?

I was a massive fan of The Who growing up, and even played Baba O’Riley at my high school’s Battle of the Bands (which we won). My parents’ music tastes gravitate towards classic rock, so they were naturally thrilled when they heard I got the gig with Roger Daltrey, and then with The Who.

Do you hear stories from the music legends you play with?

Absolutely. Last summer, Roger was sharing tales from back in the day, and he kept casually referring to his mate “Jimmy." It took me a moment to realize he had been talking about Jimi Hendrix the entire time.

What else have you been doing?

I’m a founding member of the gypsy jazz trio, The Showdown Kids, and I also play big band jazz arrangements of Frank Zappa’s music with The Ed Palermo Big Band. I’m thankful for so many diverse opportunities: joining Miley Cyrus for television gigs, fiddling with singer-songwriters in the Lower East Side, collaborating with Debbie Harry of Blondie on stage at Carnegie Hall, working on film and television scores with orchestras, touring with Foreigner, playing the electric violin at elite private events, playing sold-out stadium shows for tens of thousands of people.

Is your career anything like what you thought it would be while you were a student? Where do you hope to go next?

I always knew I’d be playing violin, though I never imagined it would be in the capacity that I’m doing now. I’m eager to work on more original music, and other than that, I hope that I’ll be able to continue touring, traveling, recording, and sharing music with people. 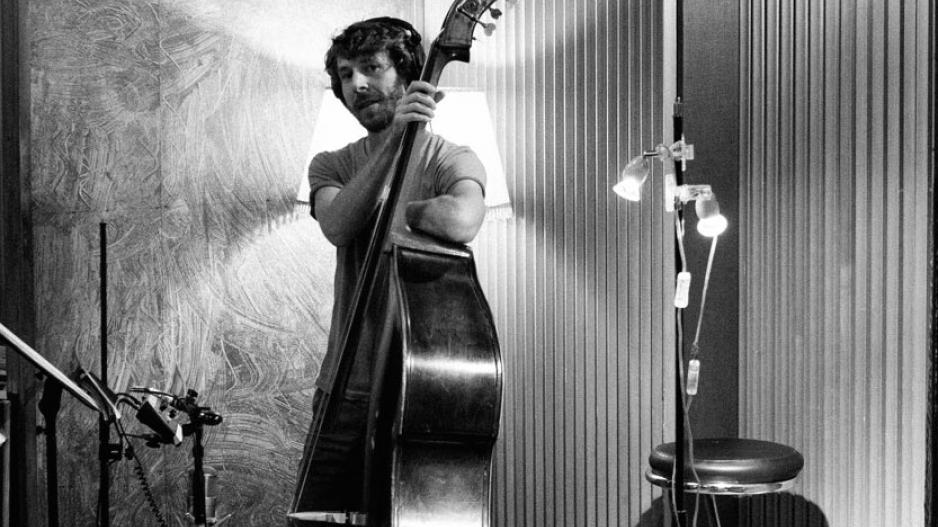 Gui Duvignau, musician and jazz studies major and is draws inspiration from his travels, and from performing rock, Brazilian and ‘world’ music, and studying contemporary music.