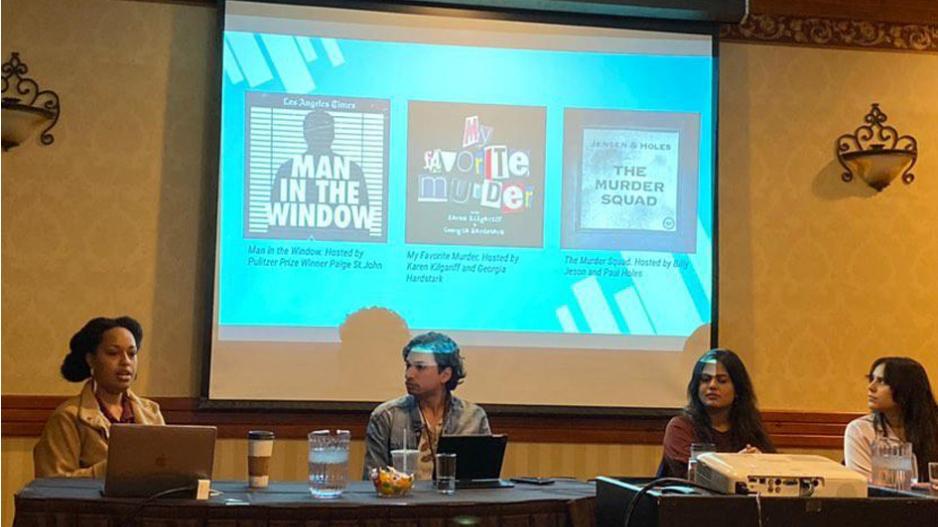 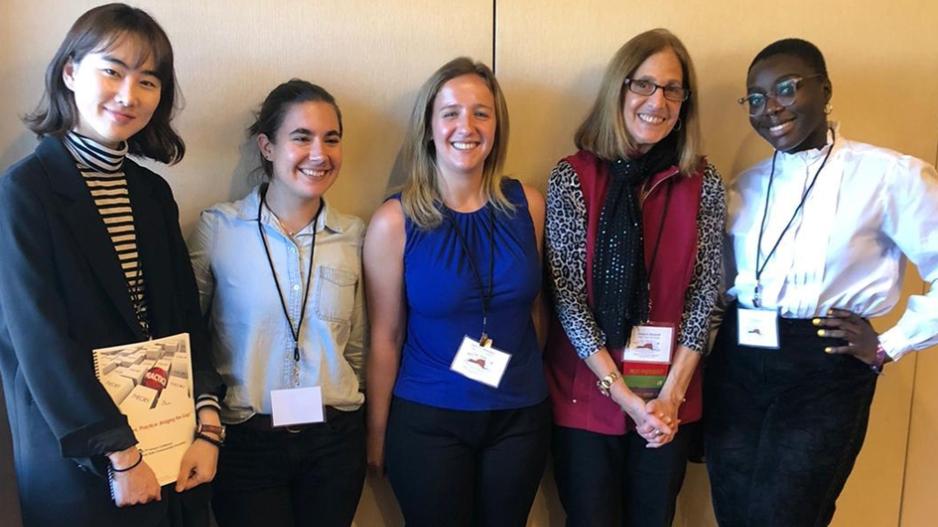 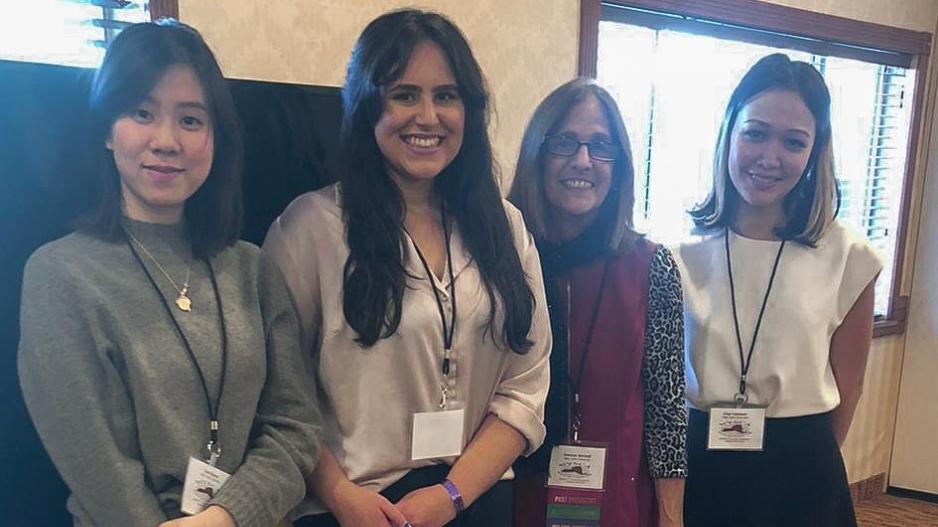 MCC students have long benefitted from the mentorship of Professor Deborah Borisoff and Adjunct Professor Sal Fallica, who work closely with the presenters beforehand. This year, Professor Fallica served as discussant for the student panel "The New Celebrity and the Celebrity of Fandom." All four panelists — Mercedes Gonazalez Bazan, Shelly Govila, Hina Wilkerson and Sulaiman Alfadhi — presented research conducted for Fallica's course Media Events and Spectacle.

Professor Borisoff has championed for students to gain experience presenting their research to the public. “In 2002, I worked with my former colleague, Professor Mitchell A. Leaska, to establish a scholarship fund to help support MA students presenting their papers at professional conferences," she explains. "Since that time, I have brought well over 100 MCC students to conferences — most particularly to the New York State Communication Association Conference — where papers on media, culture, communication, technology, etc. are welcome. Without exception, our MA students have done an exceptional job presenting their work, responding to audience questions, and have had the opportunity to network with faculty and students from other universities.”

Bridging the Gap Across Gender, Race, and Culture:
(Dis)Connection in Mediated and Non-Mediated Identity

Bridging the Gender and Culture Gaps in Organizations:
The Lenses of Work-Life Balance, Mentoring, and Conflict

The New Celebrity and the Spectacle of Fandom
This panel will explore the relative influence of academic and fan perspectives in the current group of scholar-fans and the ethical dilemmas that sometimes emerge from this interplay of identities, discussing how the celebrity spectacle is but an illusion. Today we, the fans, are the new spectacle – social activists driving culture, and dragging celebrities alongside us.

How Political Satire and Celebrity Culture Helped Elect Donald Trump
Among the things of life that unite people, one would think that clever comedy and beloved celebrities would do just that. But in the rapidly-changing American landscape, there is more to that story, especially how popular talk show hosts and politically-active celebrities helped polarize a public and directly affected American democracy.