Raul Lejano, a professor of Teaching and Learning, is project director of a study titled, “Forecasting to Communication to Action: Enabling Institutions to Manage Storm Surge Risks.” Lejano and his colleagues have teamed up with the disaster risk prevention agency and local NGO in assisting more than a million ethnic Rohingya near the Bangladeshi/Myanmar border who deal with the challenges of living in homes perched on tenuous, barren mud slopes, vulnerable to the massive monsoon rains. The team is co-designing and running risk communications workshops in the community. We spoke to him about the project.

How did this project come about?

For the last five years, I’ve been working with my colleagues on risk communication for extreme weather in the Philippines, Bangladesh, and New York. All of these places are vulnerable to storm surges of increasing frequency and magnitude. In Bangladesh, through the support of the World Bank, we've been working with the Cyclone Preparedness Programme (CPP), a world-renowned disaster prevention initiative program.

Last year, the director of the CPP, Ahmadul Haque, approached me with a new challenge they were facing, which was establishing an early warning system for a community of more than a million Rohingya refugees encamped in the hilly areas in the district of Cox's Bazar. It is a place without infrastructure or a communication system, and Haque asked me if NYU could design a workshop to make the intangible risk from heavy monsoons and cyclones more tangible to people. The unforeseen risk was that of mudslides as most of the vegetation in that hilly terrain is gone.

The Rohingya deserved better than having to flee their homes, and they deserve to be safe from flash floods and landslides because that's like their losing their homes all over again.

How does your workshop work?  After you leave, who watches and evaluates?  Who gives the command when an emergency situation arises?

There are more than a dozen distinct campsites (the Kutupalong camps), and the CPP has designated 100 volunteers in each camp, and these volunteers receive training in Early Warning System implementation. Our pilot workshop was conducted in Camp 4 and, for this, the CPP and the Bangladesh Disaster Preparedness Centre (BDPC) sought the help of four teachers from the Rohingya community to work as group facilitators. The actual workshop involves facilitators leading four groups in empowerment-based sessions. BDPC is directed by Muhammad Saidur Rahman, a pioneer in this field.

The workshops are designed using some of Freire's strategies for empowerment. Community members take a step back and reflect on their situation, why people are at risk and, most importantly, how each resident has the tools to actively respond to these challenges. In an exercise I call, "taking our destiny into our own hands," each group works with a sandbox, taking soil from their surroundings and shaping it into miniature hills. Then they apply water to these fabricated hills in an effort to learn which homes are at risk, which areas are safer, and how the slides occur.

The Rohingya CPP volunteers are trained in interpreting cyclone warnings from the CPP command (which originates in the weather office in the capital, Dhaka). The official warnings are given by the Dhaka office. The volunteers then initiate the Early Warning System, hoisting warning flags all across the camps and initiating their messaging protocol, which involves "miking" (going around the camps with a megaphone) and door-to-door outreach.

It’s inspiring to see many refugees working hard to improve their communities. But I'm not sure everyone in the camps feels so empowered.  At one point, in a workshop, I wanted to start a conversation about people's hopes for the future, and the translators turned to me and said, “Let's not talk about that now, there's too much hurt.”

We are doing small, small work, given everything going on there, but it's meaningful work.

In an exercise I call, 'taking our destiny into our own hands,' each group works with a sandbox, taking soil from their surroundings and shaping it into miniature hills.

How is climate change a social justice issue

It's a social justice issue because climate change is like your home being taken away from you, and people deserve better. The Rohingya deserved better than having to flee their homes, and they deserve to be safe from flash floods and landslides because that's like their losing their homes all over again.

We should all be safe in our homes. Not just we humans but all our other friends as well –our loved pets, penguins in the Arctic, endangered species in the Amazon.

Are there plans to bring this project to other communities?

The idea is to have the workshops spread across communities and regions. Our workshop design is something we call "Teaching to the nth power", which means participants don't just receive knowledge (which is the classic risk communication design), but they become teachers, too. There is a practical side to this. In many areas, the most vulnerable people are those who are shut in and insulated from networks of communication. By having an entire community trained as local experts, we maximize our ability to reach everyone. In Bangladesh, we have had the workshop run in coastal communities where women's groups have become the chief practitioners of risk communication. In the Philippines, the workshop is being incorporated into primary school science curricula. The idea behind this is: who better than the children in bringing knowledge into the inner recesses of each home?  In the United States, we are about to embark on the same kind of workshop at Sunset Park High School in Brooklyn, expanding our work and our toolkit of strategies.

We need not be overwhelmed by all the questions we have about the environment. If we can identify an issue, we can investigate, reflect, and act on it.

Can you describe the workshop you are co-directing in Brooklyn?

In Brooklyn, we collaborate with Debra Laefer and researchers at NYU Tandon, and, instead of a sandbox, we use 3D VR goggles, which simulate storm conditions, allowing students to walk down a virtually flooded street in Brooklyn.

After a few trials in Brooklyn, we will pilot the same lesson design in Belfast and Dublin, in partnership with Queen's University Belfast and University College Dublin, as part of an NSF collaborative grant called UrbanARK. But it's not so different from the workshop design we are using in Bangladesh. And, in Asia, we hope to work in India and/or Vietnam next.

What can you tell us about citizen science?

At NYU Steinhardt, we are strong advocates of citizen science. The Wallerstein Collaborative, run by Mary Leou, is a citizen-science hub. Our philosophy behind citizen science is teaching to the nth. The people we work with (often residents and students) are not simply helping in data collection; they are also full-fledged researchers and teachers.

We want our citizen scientists to understand that their job is not just dipping a measuring device in the water, it’s also about reflecting on what they’re investigating, what their data means, and how they can empower others to participate in the research. I, personally, don't use the term, citizen science, much because of my personal apprehension over how the word, citizen, has been used politically, but I am an avid supporter. It's simply the idea that we need not be overwhelmed by all the questions we have about the environment. If we can identify an issue, we can investigate, reflect, and act on it. 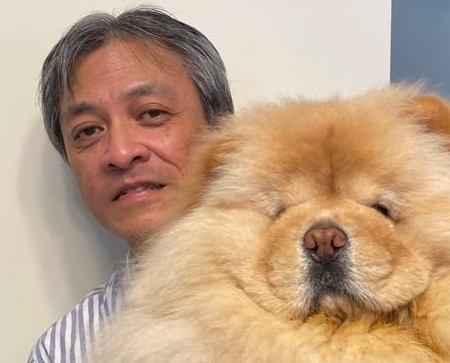 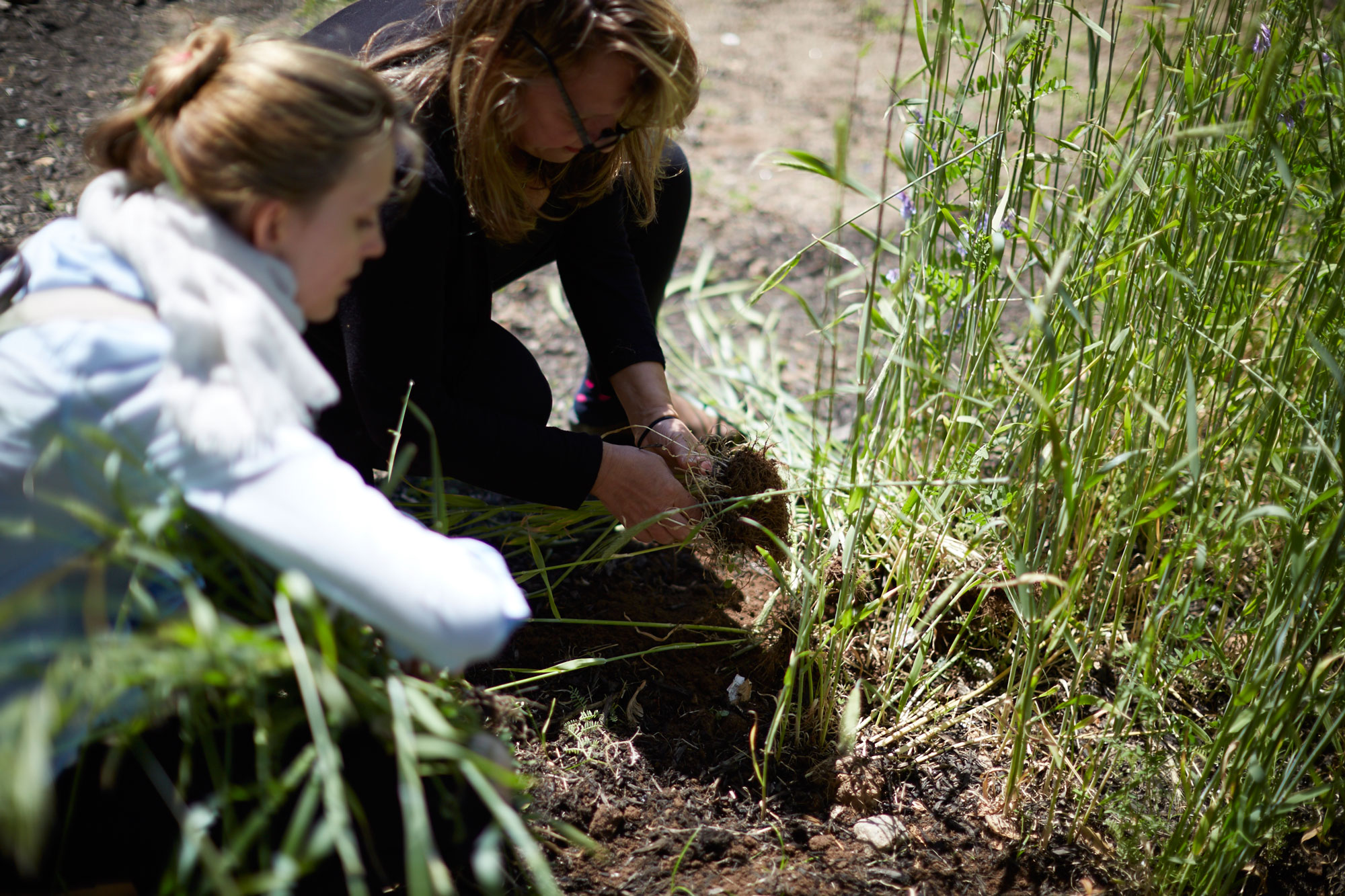