Fabio Parasecoli, a professor in the Department of Nutrition and Food Studies, has received a Fulbright Award to study food heritage in Spain.

As a Fullbright specialist, Parasecoli will be working on a research project led by UNESCO Chair Director, Dr. F. Xavier Medina at Universitat Oberta de Catalunya. The project will assess the processes and the approaches that have been applied in defining food heritage, an aspect of human life that it is now included in the UNESCO Intangible Cultural Heritage list.

“This award shows me how much the Fulbright Commission recognizes the relevance of food as a field of study and as an arena to develop international collaborations,” Parasecoli said.

Parasecoli’s research looks at the relationship between food, media, and politics. He is the author of five books including Bite me! Food in Popular Culture (Berg Publishers 2008) and Knowing Where It Comes From: Labeling Traditional Foods to Compete in a Global Market (University of Iowa Press, 2017). 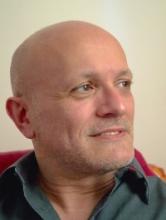