Kenneth Aigen is a music therapist and the Director of NYU’s Music Therapy Program. He specializes in working with children and adolescents with emotional and developmental delays. We got the chance to speak with him about his history with the program, current projects, and his path to becoming renowned in the field.

Along with serving as Director of the Music Therapy Program, what courses do you teach?

I teach several different courses. One class is called Current Issues in Music Therapy, which is an orientation to the entire profession for the new students. It places music therapy in the larger healthcare world, and places NYU's Music Therapy Program in the broader profession so the students understand what they'll be learning about.

I also have a few electives for doctoral students. One is called Developing Presentations and Publications in Music Therapy, which is about how to prepare conference presentations, art articles, journal articles, book chapters, books, and how to communicate with your colleagues.

I also teach Contemporary Music Therapy Theory in the Master’s Program. It’s another course mostly for advanced students, in which they get to pick three or four books which we'll read in their entirety over the course of the semester. It's a chance to get in-depth information about specific topics.

What else are you working on?

I have a long history at NYU. I came for my Master's in ‘81 and came back from my doctorate in ‘86. I was then an adjunct professor for five years. From ‘91 to ‘06, I was the research director and then co-director of the Nordoff Robbins Center, and I did a lot of doctoral work then too.

I left NYU for a few years, and when I came back in 2013, one of my goals was to reinstate doctoral studies in music therapy. I have eight doctoral students now. A lot of my current work is doctoral advisement and mentorship.

I'm also vice chair for faculty affairs in MPAP and I do research. I'm at the very tail end of an interesting project in which I got a grant to interview 29 autistic adults about the role of music in their lives. No music therapist has spent a lot of time talking to autistic people to find out how they've discovered how music might be used as a health resource in daily life, so I did this and I'm nearing the final stages of the project.

Outside of NYU, I play in a Grateful Dead tribute band a few times a month, so I’m a performing musician as well.

When people become music therapists, they have a tendency to leave their nonclinical music behind. Music therapists have a lot of experience with performing, which is part of their life experience that led up to music therapy. I don’t want them to abandon their music identity, and I try to embody this by keeping it up myself.

What brought you to the Music Therapy Program?

I was a psychology and a philosophy major in undergrad. Because I had interest in both areas, when I graduated, I did the most logical thing you can do with a psych and philosophy undergraduate, and joined a rock band for two years playing piano. What else can you do with those two degrees? I was living in Madison, Wisconsin at the time which is where I went to college, just driving around the Midwest in a van with the guys playing in a country rock band. It was great fun for a while. After some time, I got the feeling I could be doing more.

I moved back to New York where I grew up to live with my parents. I answered an ad for a job as a pianist for a theater group. It was at a school for emotionally disturbed kids.

I interviewed for the job, which consisted of doing a rehearsal with the kids. I felt I worked well with the kids and was disappointed when they didn't offer me the job. They were looking for somebody older who they thought would stick around for a while. However, they had a teacher’s aide role, and I grabbed it because they liked the way I worked with the kids.

When I came to get processed for the job, I ran into the woman who was leaving the job as the pianist which I had originally applied for, and we started chatting.  She told me she was leaving to study music therapy at NYU. I was a musician, but was also interested in the life of the mind, helping people and working in a health related profession.

I had this revelation of sorts. It was like my whole life and all my disparate interests came together in a way I never imagined was possible. From that day on, music therapy was it.

Tell me more about the Nordoff-Robbins Center at NYU.

In the sixties, seventies and eighties, there were three or four  major models of music therapy practice developed in the world.

One of them was called Nordoff-Robbins Music Therapy. It was created by Paul Nordoff, who was a classical composer in the US, and Clive Robbins, who was a special education teacher in England. Together they created a therapeutic approach based on improvisation and creativity.

It's a musically demanding and highly effective approach. You create a musical context around whatever a client does on an instrument or otherwise. We use lots of instruments that sound good but don't require particular musical training or skill to play, such as symbols, gongs, chimes, and drums.

If a child comes into the music therapy room the first time and starts playing a drum, we start playing along at the child's tempo. Maybe the child is autistic and nonverbal, sometimes they'll make nonverbal vocal tones, and we'll start improvising music in their pitch. Perhaps the child’s singing changes in certain ways to reflect the harmonic structures, rhythms, or melodies that we are playing. After a while, this child who just came and did something which seemed automatic and uncommunicative, starts engaging in a communicative interaction with the therapist. Once you have communication, you can build relationships and all types of personal development can proceed from that point.

In 1989, the first Nordoff-Robbins Center in America was created at NYU. There were already Centers  in Australia, Germany, and England.

This approach was influential when I was a master's student 10 years earlier. I was getting my doctorate at NYU and was lucky enough to get hired as director of research. I was director of research there for six  years, from 1991 through 1997 and became co-director of the center in 1998 along with Dr. Alan Turry, and stayed in that position from 1998 through 2006. The center's now been here for over 30 years.

What are your favorite parts of the program?

We have a few things which define and differentiate us from a lot of other programs in the country. We only have a master's program. We closed our undergraduate program in 1980, because people need life experience to become therapists.

I think we're  one of the only programs in the world which has such an intensive emphasis on the student's personal development as an inextricable part of the educational process. This defines us and I'm very proud of it. We also have a lot more music coursework than most other music therapy programs, which tend to focus on theory and methods.

What advice do you have for someone contemplating a degree in music therapy?

NYU is one of the very few schools where a student can begin the study of music therapy at the master’s level without having an undergraduate music degree.

If you get a music undergraduate degree, all the skills you learn will come in handy as a music therapist. If you study something related such as sociology, counseling, or psychology, you learn about disability and the healthcare world.

Piano, guitar, and voice are the primary tools music therapists use. If you're going to get a performance major undergraduate degree as a preparation for music therapy; piano, guitar, or voice would be the most suitable tracks.

Some of the best music therapists are people like me who are self-taught pop, rock, and jazz musicians who got used to being a little more spontaneous within the music. If you get an undergrad degree in another area, make sure you develop those skills on the side. 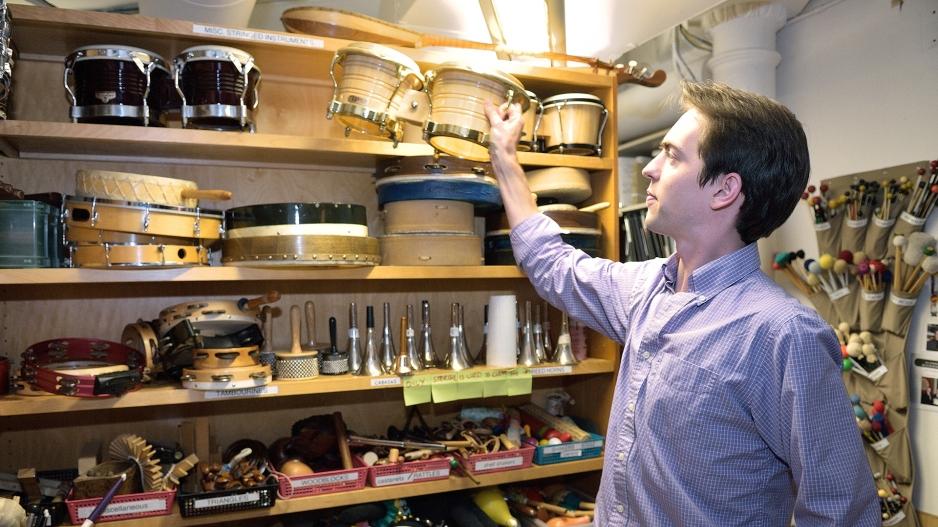 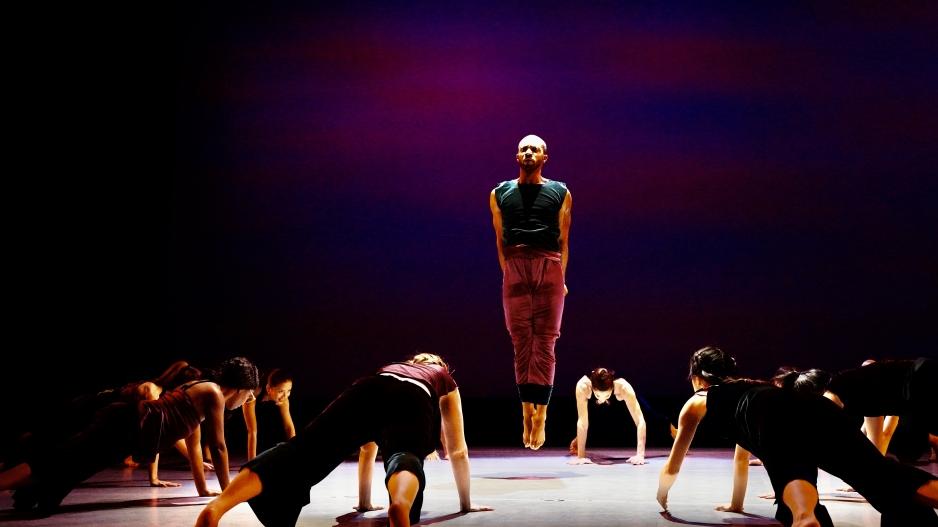 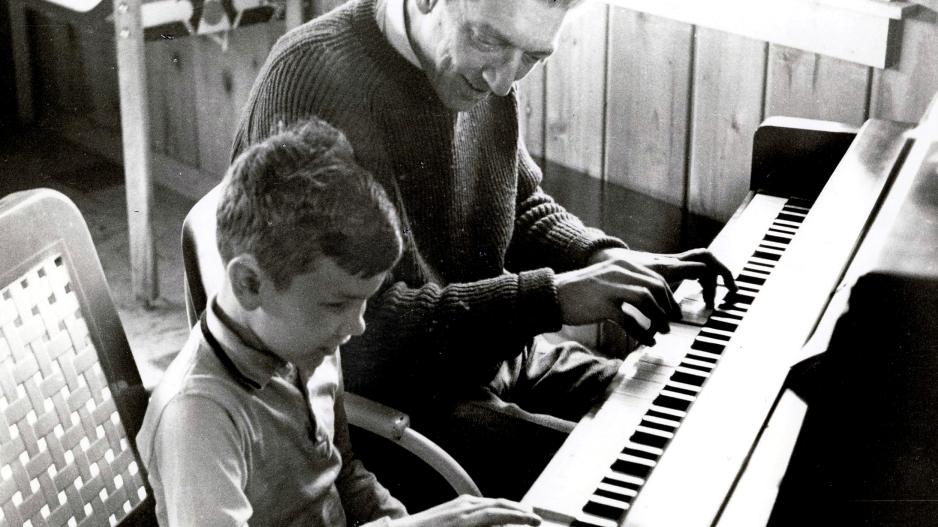 The Nordoff-Robbins Center for Music Therapy is committed to the belief that everyone possesses a sensitivity to music that can be utilized for personal growth and development.