Established in 2022, the Carol Hall Majzlin Award offers financial support to a deserving student entering their Practicum III in NYU’s Department of Communicative Sciences and Disorders (CSD), allowing for a healthy, focused clinical rotation, rather than trying to learn and earn simultaneously.

Practicum III students in CSD conduct their semester-long training at the New York University Speech-Language-Hearing Clinic, a facility which supports individuals across the lifespan with a range of communication needs, such as speech and language delays, stuttering, autism, gender-affirming voice therapy, cerebral palsy, and more, as well as offering bilingual services.

“This is the students’ first opportunity to provide services directly to clients, with sessions being overseen by a clinical educator team of four full-time faculty and two adjuncts,” says Alicia Morrison-Fagbemi, clinical associate professor and clinic director of the Speech-Language-Hearing Clinic. “We’re excited that the clinic is now back in a hybrid model post-COVID, and we’ve entered a new phase of clinically training graduate students for both in-person and tele-practice services.”

Carol came to the Clinic in 2017 with unaffected speech sounds and only mild expressive language and reading difficulties. Students at the Clinic are trained to meet their clients where they are and strive to use each person’s strengths to make gains in communication or, in Carol’s case, prepare them for gradual losses.

Practicum students developed and implemented simple speech strategies to support Carol talking as she lost more control over her motor speech. The team of students working with Carol also developed low-tech alternative communication systems – a customized book called “Carol's World” – for when she would no longer be able to speak verbally.

Sadly, Carol passed away in fall 2018. The Carol Hall Majzlin Award was made possible by a generous donation from from her children, Susannah and Daniel Blinkoff, and her husband, Leonard Majzlin, an adjunct professor at NYU Steinhardt. The Award supports the family’s belief in the Speech-Language-Hearing Clinic, the CSD training, and the Department’s caring, energetic, and conscientious clinical students.

The first winner of the Carol Hall Majzlin Award, Cyn Perez (’23) grew up in a largely Mexican community in east Los Angeles where financial struggles were common. She has always loved science, starting college as a biology major before deciding to become a teacher. She filled that role in various capacities – including abroad in Japan – before realizing that she wanted science back in her life in a more involved way.

“As an educator, I worked with lots of medical professions like OTs and PTs on behalf of my students,” says Perez. “One of the SLPs mentioned that her career could be done in a very scientific way, so I started researching and realized this was the path for me.”

Perez is an avid researcher, having worked with Associate Professor Sonja Molfenter in the Swallowing Research Lab and examined stuttering with Assistant Professor Eric S. Jackson in the stuttering and vvariability (Savvy) lab. She is also part of the Psycholinguistics, Aphasia, and Neuromodulation Lab, where she’s learned about transcranial direct current stimulation, or tDCS, for patients who have aphasia and acquired motor speech disorders.

At the Speech-Language-Hearing Clinic, Perez is working with a variety of clients, including a client who stutters, a pediatric client with difficulty articulating, and a client with aphasia/apraxia. Looking ahead, Perez hopes to become an SLP in a medical setting such as a hospital after graduation.

“I really want to thank those who made this Award possible,” says Perez. “It’s very beneficial to students like myself who have to work on weekends to stay in school. I love my supervisors at the clinic, and I’m so grateful for the practicum experience and their support as I learn to apply everything I’ve learned in textbooks to real human beings.” 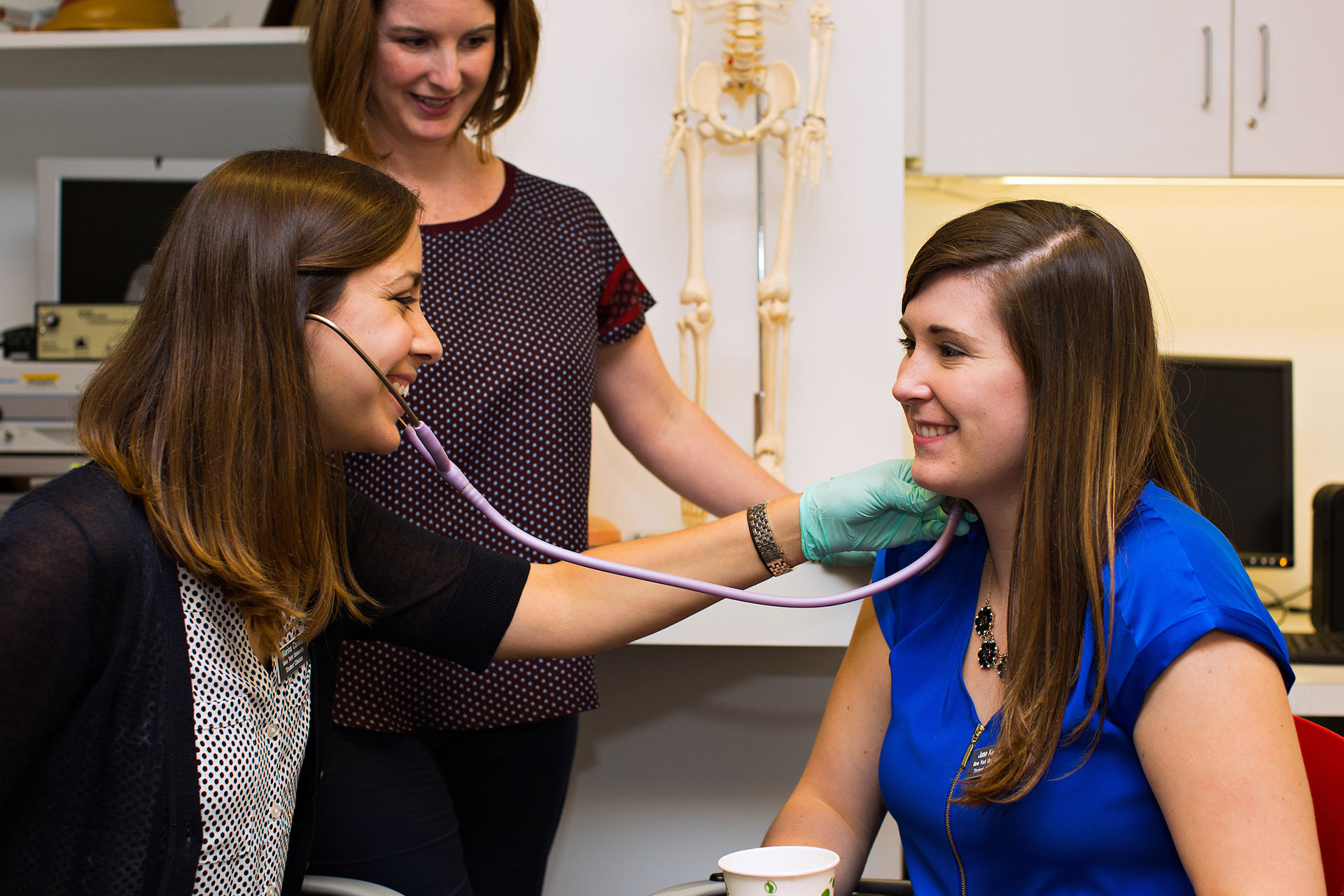 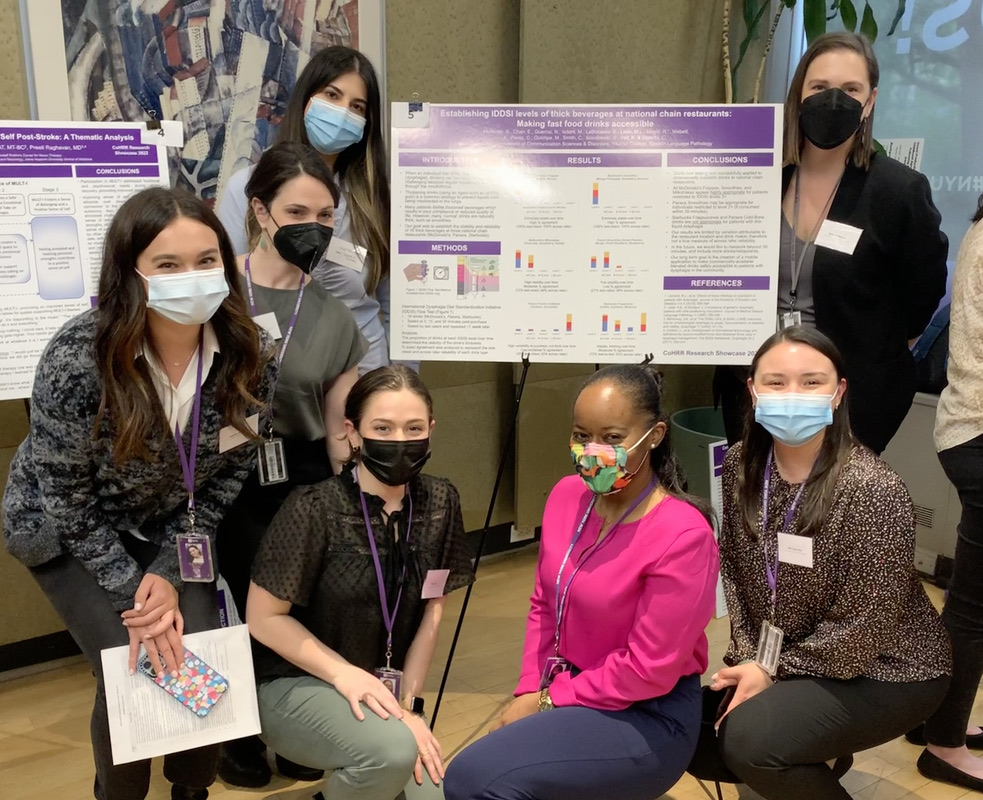 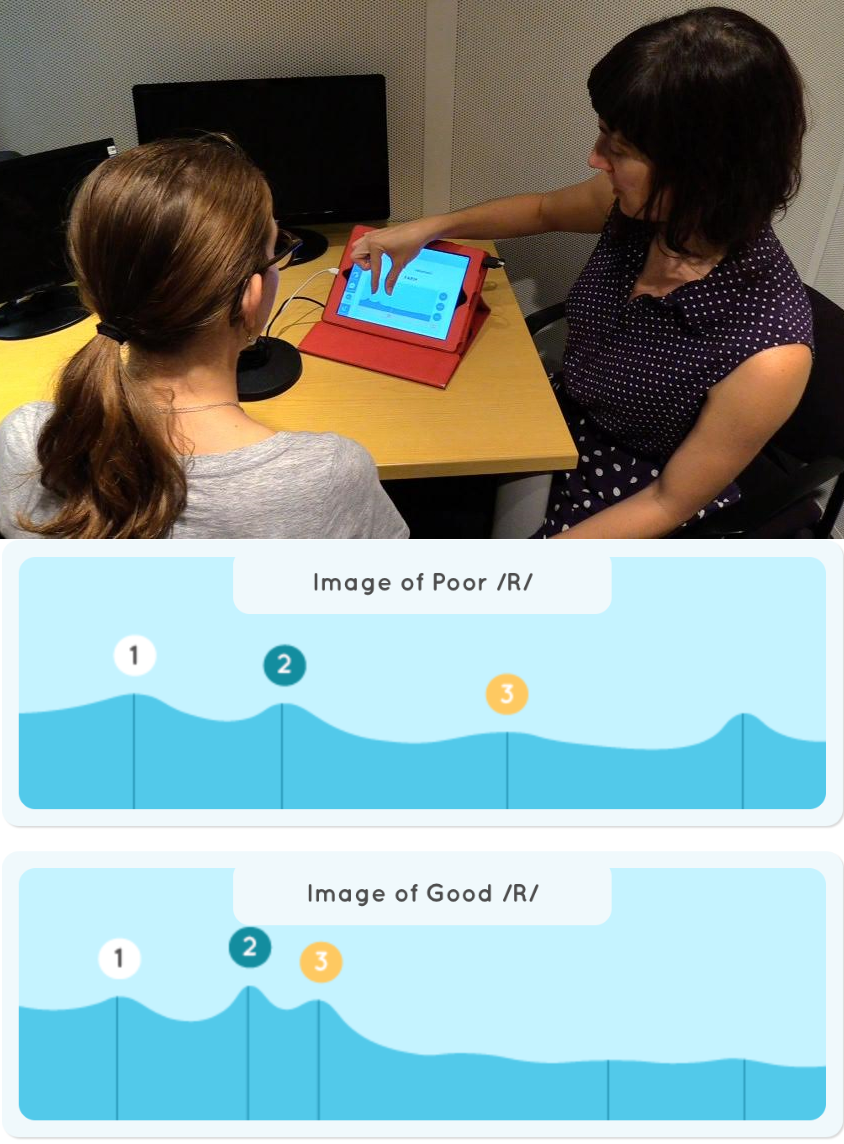 Researchers in NYU Steinhardt’s Department of Communicative Sciences and Disorders are tackling high-impact treatment research in a variety of ways, using both innovation and technology to improve quality of life. 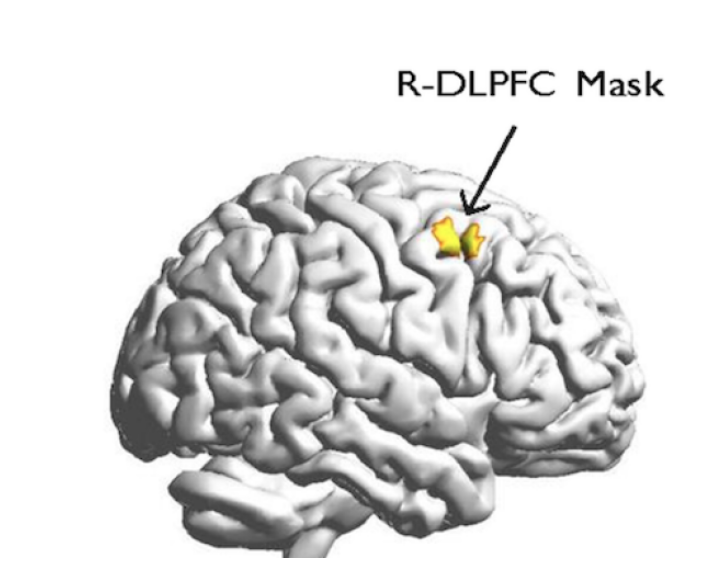 Researchers reveal elevated activity during stuttering anticipation in a part of the brain that plays key role in cognitive control.