In the 20th century Hollywood’s studio films were a powerful medium for producing shared understandings about the connections between American power, progress, and (white) manhood. This course will examine early post-WWII expressions of this narrative conceit and then explore how we’ve seen a seismic shift in the protagonists of our films, from heroic and courageous men, to damaged, unsteady, and ill-equipped men. We will explore how changing depictions of American manhood might correspond with the puncturing of the myths of national innocence, a fragmenting of the narrative of shared national purpose, and optimism about present and the future. What are the social, demographic, economic, and cultural factors resulting in the so-called “crisis of masculinity” – and what is the relation between the perceived crisis and declining American power? To explore these topics, we will consider the work of historians, sociologists, film critics, media studies scholars, journalists, and others, and will use numerous Hollywood feature films as our primary evidence to consider the changing nature of American masculinity. 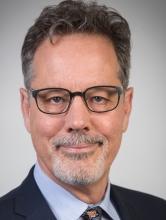