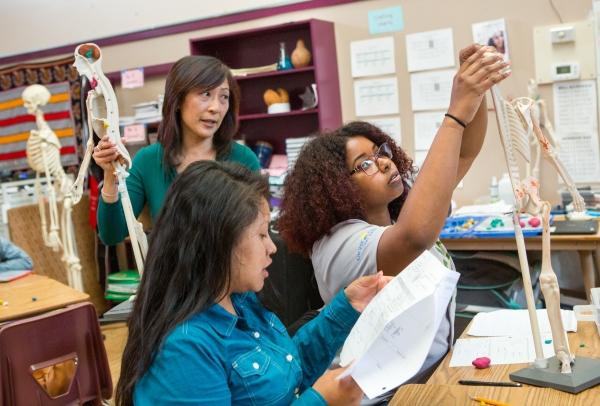 Almost 35 years ago I worked for an education non-profit that contracted with CUNY’s Kingsborough Community College to evaluate a new program called College Now. This initiative offered Brooklyn high school students an opportunity to take college-level courses at their local schools. Students were invited to take English and Math diagnostic tests, in tenth or eleventh grade, to assess their skills levels and their capacity to manage college-level academic work.  Students who passed the test were offered enrollment in introductory community college courses and could take one course per semester in both their junior and senior years, at no tuition cost. The credits students accumulated would be applied to their college matriculation, at CUNY or whatever higher education institution they chose to attend. For students who didn’t pass the initial diagnostic test, College Now offered free remedial English or Math courses designed to bring students’ skills up to college-level standards.

As part of our evaluation design, I was asked to observe College Now courses at several participating Brooklyn high schools. I remember setting out for Lafayette High School in Bath Beach (which was subsequently closed in 2010) at a very early hour because College Now courses were scheduled before or after regular high school hours. The Intro to Sociology course I was observing began at 7:00 a.m.

I arrived a bit early and introduced myself to the instructor, who had been alerted that I would be observing. One of Kingsborough Community College’s aims for its College Now program was to appoint qualified high school faculty as adjunct CUNY instructors, so that participating students would experience some of their own teachers as college instructors. The instructor of the Intro to Sociology course introduced himself as the high school’s Dean of Discipline, told me this was his first year as a College Now adjunct faculty, and that he was enjoying the Sociology course immensely. I took a seat at the back of the room, and the class began.

My memory is that the class was reading Colin Wilson’s The Outsider, which the Dean was using to develop conceptions of society from the perspective of those who felt opposed to or alienated from it. The Dean quickly generated a lively dialogue about Wilson’s profile of outsiders, with the class engaged in spirited discussion. As the Dean moved slowly through the rows of students while eliciting and challenging their responses, he stopped by a young Black male student whose Walkman and earbuds were sitting prominently on his desk. (The Walkman was a portable battery-driven CD player, introduced by SONY in 1979, that enabled listeners to play their favorite disks in any setting.) The young man froze as the Dean picked up his Walkman. I didn’t know Lafayette’s policy about student possession of Walkmans, but the young man’s apprehension suggested they were prohibited, as they were in many city high schools.

As the student stiffened, I braced myself for the predictable confrontation. Instead, the Dean smiled, picked up the Walkman, and nodded to acknowledge the young man’s discomfort. “Yes,” the Dean said. “A Walkman is not allowed in Lafayette High School. And as the Dean of Discipline, I would confiscate this Walkman and require you to come to my office after school to retrieve it. But this class is not a Lafayette High School class; it’s actually an introductory Sociology course in the Kingsborough College Now program. And for the purposes of this course, I am not the Dean of Discipline but a faculty member of the Kingsborough Sociology Department. And you,” and he nodded to the young man, “are not at this moment a Lafayette High School student, but a member of the College Now Introduction to Sociology course. And College Now has no policy about possession of a Walkman.”  He handed the Walkman back to the young man, continued down the aisle, and resumed the discussion.

I left the class very impressed by both the Dean’s capacity to generate engaged discussion and the students’ intellectual energy. But I was even more impressed by the Dean’s ability to juggle two differing roles with such fluid grace. That initial College Now program started at Kingsborough Community College in 1986 with a few participating Brooklyn high schools. From the late 80’s on, College Now has steadily expanded, first across CUNY’s community colleges and then in the senior colleges. Now, more than three decades later, College Now is CUNY’s largest collaboration with the New York City public school system. The program offers dual enrollment in high school and college as well as college-readiness programs in almost 500 New York City high schools, enrolling over 23,000 students annually.

Currently, most of the senior colleges and several community colleges offer campus-based rather than school-site programs, with course offerings before and after high school and on Saturdays as well. Although the 17 campus-based College Now programs vary across participating high schools and CUNY campuses, sites share overall structure, implementation, and goals for students. Instead of skills testing, students are assessed for college readiness by their high school grades and CUNY’s threshold admissions standards. A large array of non-remedial and non-credit courses currently complement the credit-bearing introductory courses, and in 2002-03 a broad range of summer course offerings were added. Individual colleges have developed special programs: Kingsborough offers a variety of marine science experiences, and York College offers an aviation program in which students learn to pilot a plane.

Participation in College Now significantly boosts student college success. College Now students can start their first higher ed semester with up to fifteen college credits – or start college without remediation. By the end of their 1st CUNY semester, freshmen with College Now experience earned, on average, almost double the number of credits that students without College Now experience earned. This advantage is especially high for Black and Hispanic College Now alumni and for students just under CUNY college readiness benchmarks. College Now alumni have a higher GPA, on average, after their first semester than CUNY students who did not participate in the program. Those gains persist through graduation; College Now alumni have an eight percent higher three-year CUNY associate degree completion rate, and a higher six-year CUNY bachelor’s degree completion rate, compared to non-College Now CUNY students. Moreover, College Now’s free tuition policy means that students earning college credits while in high school can significantly reduce their overall tuition costs.

The current program differs from the early initiative I observed in one major aspect; most College Now courses are now taught by adjunct CUNY faculty, though Kingsborough still employs high school teachers as College Now instructors. So the dual realities that the Dean of Discipline and the Lafayette High School student experienced are not likely to reoccur in most College Now courses. Still, the small-scale early initiative I was so impressed by has evolved into a unique dual enrollment program, and an effective transition to higher education, for thousands of NYC high school students every year.

norm.fruchter@nyu.edu
Privacy Policy Accessibility
This site, and all its contents, are Copyright © 2020 by New York University. All rights reserved