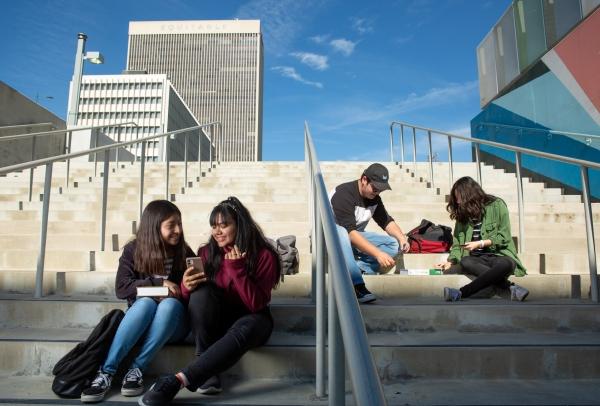 Student Voices on Schooling during COVID-19

Across the United States, school openings for the Fall 2020 semester have been headlining the news, often centering the thoughts of government officials, teachers, and parents, but failing to mention students and their experiences with remote learning. In Spring 2020, 565 respondents participated in Chalkbeat New York’s survey about school reopening, which gave insight into student ideas related to the Fall 2020 reopening. The Education Justice Research and Organizing Collaborative (EJ-ROC) at the NYU Metro Center analyzed those results in this report.

Respondents of the survey came from a variety of schools that spanned across the five boroughs, all school levels, different racial backgrounds, and varying eligibility rates for free and reduced lunch. Although they came from such diverse backgrounds, findings about in-person schooling, cleanliness, and health concerns were consistent across populations. This showed that ideas across students, as well as concerns that students had, were common regardless of respondent background.

One of the main things we found in the survey is that 92% of respondents mentioned wanting in-person learning, mostly with precautionary measures in place. These measures include combatting crowded classrooms and buildings, providing PPE for students and teachers, changing the curriculum, and implementing some kind of rotating schedule. Additionally, 36% of respondents mentioned cleanliness, often stating that even prior to the pandemic, schools were not as clean as they would have liked. Figure 1 below shows the percentage of respondents who mentioned they would like to return to school with specific precautions in place, most concerned with class size, curriculum changes, and health concerns.

Last month, New York City’s Department of Education released a plan to return to in-person school in the Fall, assuring that there would be increased cleanings, blended learning, and increased social-emotional support for students. However, as with much of the country, there is still concern about the availability of cleaning supplies and PPE to keep public spaces safe and how budgetary restraints will limit the hiring of additional staff necessary to ensure regular cleanings of school buildings.

When looking through the responses, there were a number of themes that were highlighted in powerful phrases and ideas from students:

One of the main themes we saw was that students had concerns with remote learning, stating that “lots of teachers just assign work and don't elaborate on what to do or bother to explain concepts and ideas,” “there is no differentiation between school and rest,” and that “the most difficult part of remote learning is the disparity between my classes.” These concerns highlighted that students often lack support in remote learning spaces. Additional quotes from students suggested possible changes schools could make to give them a more positive experience with remote learning including “focus on core subjects,” “more project based learning,” “figur[ing] out how to teach us new information,” and improving on the communication between teachers and students, especially when students need assistance with assignments.

Other concerns that students highlighted were: concerns about racial bias and discrimination after returning to school, which relates with COVID-19 related Anti-Asian sentiments across the country; additional social-emotional and trauma-based learning opportunities to increase support for students; and implementing non-traditional curriculum and removing high stakes testing. When talking about racial bias and discrimination, respondents stated that “everybody might be treated differently based upon race” and that they are hoping “people don’t discriminate or give hate to Asians” or that “all Asians feel safe.” These mentions of discrimination highlight that students are concerned that the rise in racial bias due to COVID-19 will appear in their schools.

Additionally, students asked for curriculum changes including more focus on “relationships and trauma based education,” as well as “enough support and resources to continue with our studies” when talking about social-emotional skills. When mentioning more general curriculum changes, they said “simpler curriculum” and the “opportunity to learn about topics that wouldn’t be taught in a traditional curriculum (first aid for example)”. These quotes suggest that students want to see changes at the curriculum level implemented when returning to school, which could be sustainable past COVID-19.

One of the most powerful sections of the survey was students long-standing criticisms of the Department of Education and schooling in general. Respondents emphasized that “the department of education usually claims that there will be changes in the way things are done in NYC schools all the time and when we go for [ourselves] we see that nothing has changed.” Another respondent criticized public schooling as a whole, stating that the class bells felt like “work in factories” and that students were like “numbers in a system.” These types of criticisms of the DOE, and public schooling in general, display the deep-rooted concerns that students have with the school system outside of COVID-19, and this survey was used as a way to share those concerns. More specifically, respondents point out concerns regarding funding, the structure of public education, and the existing unsanitary conditions of schools, echoing the concerns respondents had with the lack of clarity in the DOE’s return to school plans.

As we continue to think about opening schools in Fall 2020, it’s important that student voices are centered in that narrative, especially since they have so much to say that can both improve remote and blended learning options, but also contribute to long term changes in the school system.