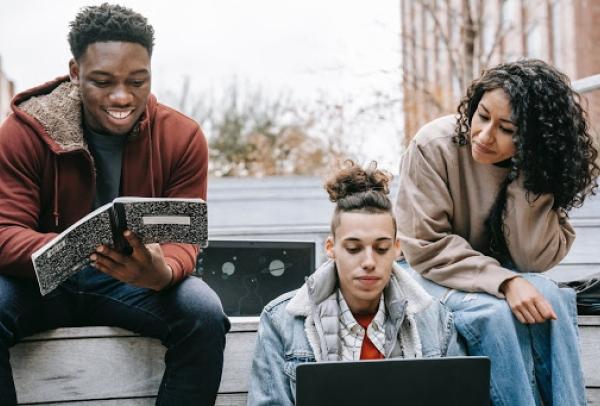 Reducing High School Segregation: What could the mayor do?

In his final State of the City speech, Mayor de Blasio pledged to reduce the school system’s segregation by funding new district-level diversity plans and eliminating district priorities for high school admissions. But these actions will not significantly erode the intense segregation of the city’s high schools.

Early in his first term, the mayor proposed abolishing the specialized high school test by changing the Hecht-Calandra Act, the state law passed in 1972 that established a test in math and science as the sole criterion for admission to Stuyvesant, Bronx Science, and Brooklyn Tech high schools, the original three highly segregated specialized schools. (The School of Performing Arts and The High School of Music & Art, consolidated in 1984 into LaGuardia High School, were also targeted by Hecht-Calandra, but admission was by audition and portfolio rather than by testing.) In the first decade of this century, the Bloomberg administration added five additional high schools to the specialized, test-entry category.

According to the Department of Education’s Demographic Snapshot data, the student composition of the city school system for the 2019-20 school year is 16% Asian, 25% Black, 41% Latinx, and 15% White. Below are the current demographics of the original three specialized high schools the Hecht-Calandra Act designated and the five additional schools the Bloomberg regime added to that category.

Only the mandate of a former mayor and chancellor, rather than state law, requires these five high schools to continue to admit their students solely by test results. Any mayor and chancellor can simply change the schools’ entry requirements and thereby reduce their segregated enrollment. Why Mayor de Blasio has not done this is an enduring mystery.

If the mayor were to remove the five high schools listed above from the group of specialized high schools, how should students applying to those schools be admitted in a way that reduces the extent of segregation? Let’s extend the question. For demonstration purposes, we have constructed two lists of the fifty least diverse NYC high schools in 2019-20. The first list, the fifty schools with the highest percentages of White and Asian students and consequently the lowest percentages of Black and Latinx students, is below. (We will consider the second list, the fifty high schools with the highest percentages of Black and Latinx students and conversely the lowest percentage of White and Asian students, in Part II of this blog). The exclusionary demographics of the schools on both lists are mostly determined by a series of entry requirements, usually called screens, that require middle schools to list their applicants’ class grades, test score performance, and attendance records.

Consider a scenario for how to admit students not only to the five non-Hecht-Calandra specialized schools but also to the fifty least diverse high schools listed above. Suppose the mayor and Chancellor remove all the screening requirements for entry to all the city’s public high schools, and reserve 50% of all available high school seats for students who are economically disadvantaged or have disabilities and are served by Special Education programs. (73% of the city’s students are economically disadvantaged and 20% are classified as students with disabilities. The economically disadvantaged category includes students eligible for free or reduced-price lunch, as well as students whose families receive varieties of federal aid, live in temporary housing, or are English Language Learners.)  The other 50% of seats would be open to all students and selected through the current choice system. All high schools would be required, within a 5-year period, to transform their enrollment procedures so that 50% of their students reflect those categories.

What might be the responses to such a proposed diversity policy to reduce the intense segregation of the city’s high schools? That proposal would trigger a citywide firestorm of outrage and opposition. Opponents would charge the mayor and chancellor with ill-conceived and unfair social engineering. Critics would blast the policy as unjustifiable affirmative action. Many parents would respond with alarm to the realization that their children’s selection of a “good” high school was suddenly jeopardized, while others would support the proposed policy. Fierce discussion about equity, privilege, political correctness, and reverse racism would dominate the city’s education policy arenas.

The proposed policy would also have to navigate a set of procedural requirements. The mayor would need the approval of the Panel for Educational Policy (PEP), and the PEP has recently demonstrated, in its rejection of the Pearson contract for Gifted and Talented testing, that it is not always a predictable rubber stamp. Though the City Council cannot legally block the proposed diversity policy, it’s likely that the Council would insist on weighing in, and the resulting debate about whether to approve or reject the policy would dominate education discussions across the city.

But assume, for this scenario, that the Council ultimately votes to support the mayor’s proposal. Assume further that the timeline of the Council’s deliberations makes it impossible to implement the diversity policy before the spring of 2022 at the earliest. The proposed policy would then become a major issue for the November 2021 mayoral election, making that contest a referendum about whether, and how, high schools should be integrated and diversified. Assume further that a tumultuous campaign results in a record turnout that elects a candidate who enthusiastically supports the diversity proposal. Assume, finally, that the policy is implemented effectively and a more integrated high school system evolves across the next five years.

What results might we expect? Look again at the chart of the system’s fifty least diverse high schools. At least 50% of the enrollment of those schools would consist of a mix of students who are economically disadvantaged or are students receiving Special Education services. (Note that significant numbers of White and Asian students would be part of that 50%.) Those fifty least diverse high schools would be far more integrated after five years of the policy’s implementation.

The citywide rage and anger generated by the new policy might gradually abate as students and their families adjust to the challenges and benefits of diversification. Some White and Asian students might leave the city’s public school system for private options, though the initial experience of the District 15 Middle School Diversity Policy suggests that the district suffered little–if any–student enrollment loss during the first and second year of implementation. Though reserving 50% of available high school seats for economically disadvantaged and Special Education students would achieve a major reduction in segregation, many students would still achieve their first choice in what are commonly viewed as desirable high schools. But the perception of which schools are desirable might also change. Research suggests that many schools targeted for diversification would welcome their new arrivals and begin building an effective school culture for all their students. As students, teachers, and their schools adjust to new challenges and changes, their adjustments might well transform the quality and outcomes of previously segregated schooling. As the 2018 report of the Mayor’s School Diversity Advisory Group concluded:

This sketch of the possible results of the implementation of the high school diversification effort we propose may be far too optimistic, given the complexities and passions involved, though we are encouraged by both the research on school desegregation and the early results of the District 15 effort. But there is still a major drawback to our suggested policy change.  Implementing our diversity policy would not significantly reduce the intense segregation of the fifty least diverse high schools with hyper-concentrations of Black and Latinx students. Given that the school system in 2019-20 was 66% Black and Latinx and 31% White and Asian, there are simply not enough of the latter students to effectively diversify the most severely segregated city high schools. Our next blog looks at those schools and considers what might improve their learning opportunities and student outcomes, which by any measure are the most limited across the entire system.