The Renewal Schools Program Wasn’t a Failure, It Was a Lesson | 2019

Earlier this week, NYC Mayor Bill de Blasio announced the much expected news that the city will evolve its efforts to improve its troubled schools.

The news does not come as a surprise. On Friday, October 26, 2018, The New York Times published a story about how New York City knew some of its Renewal Schools were likely to fail, but “kept children in them anyway.” Published with the usual “blame-the-other-guy” line of argumentation, the story pushed two questionable claims: one blaming the city for a level of neglect bordering child abuse, and another accusing the city of the fiscal mismanagement of close to a billion dollars.

The claims were provocative.

If anything, the city underestimated both the costs of reversing structural inequities plaguing education in NYC and the depths of indifference preventing the city from fully investing in vulnerable children. What seems clear is that NYC’s vulnerable students—many of whom are Black, Brown, low income, immigrant, housing unstable, Emergent Bilingual, etc.—continue to lack access to a sound and basic education.

While the Bloomberg administration embraced an ideology of closing schools, abandoning the hopes of resuscitating failing ones,1 de Blasio to his credit put forth the nation’s most ambitious school improvement initiative the nation has seen.

The Renewal and Rising schools initiatives, for the 40,000 students they were designed to serve, pivoted from a larger historical tendency in NYC to abandon the city’s most vulnerable students. Despite the best intentions of the initiatives, the city might be back to where it started: In the coming months the city will again face questions about what to do about troubled schools.

Regardless of the city’s plans, it is not clear that the political will still exists to invest in troubled school as opposed to simply closing them. Despite its current unpopularity, the renewal schools program included essential supports that many progressive-minded school reformers have found central to school improvement efforts throughout the country.

Though he is on record critiquing the idea behind renewal schools as “fuzzy,” NYC Chancellor Richard Carranza championed a renewal-like community schools initiative when he served as Houston Independent School District Superintendent. In a recent opinion letter published in the New York Times on October 30, 2018, Chancellor Carranza sharpened his position, suggesting “while we have not yet decided the future of the Renewal initiative, we will never stop investing in the kinds of programs that have allowed us to improve so many schools that would have closed under prior administrations.”

UFT President Michael Mulgrew’s position has also shifted. In a 2013 Chalkbeat story, Mulgrew said, “It’s an amazing thing to walk into a school and see so many different services, seamlessly aligned.” In recent months, however, Mulgrew seemed decidedly unpersuaded that the renewal approach works, even though under his leadership the UFT funded a six-school pilot program to transform failing schools in NYC that some see as a precursor to the renewal schools program.

To be fair to both Carranza and Mulgrew, their support seemed to lean more in favor of the community schools aspect of urban school reform than the contentious launch and life of the renewal schools program.

Former Chancellor of NYC Schools Carmen Fariña seemed tepid about the renewal schools program almost from the start, and to some commentators she didn’t offer the vision needed to help it succeed. Critics complained that under Fariña, NYC schools was neither acting fast enough nor investing enough in school turnaround efforts.

Fariña was not solely responsible for the increasingly critical climate surrounding the program, however. The public’s lack of patience also played a major role.

By even modest estimates, school improvement takes time, and it is unreasonable to see academic turnaround after only three or even four years of interventions in troubled schools, which, in NYC, really meant two years of implementation and a year of planning and ramp-up. School improvement is also very individualized and takes a different path in different settings.

There is also the charter schools issue. Ardent supporters of charter schools were against the renewal schools program even before it began, suggesting that troubled schools should be closed and taken over by charters. However, charters in New York State have not been willing to take over troubled schools and improve them, mainly, because the job is so difficult. The renewal schools program is far beyond the scale of charter operators. There was really no choice but for the city to engage in school improvement on its own, with its own resources.

In spite of Mayor de Blasio’s announcement, it would be a mistake to think of the renewal schools program as a failure. In fact, most insiders believe that major elements of the program will continue under the new label “continuous improvement.”

In spite of its shortcomings, there are many lessons to take from the city’s efforts to improve its most troubled schools.

First, improving troubled schools will require more investment—not less. Further, the public will need to develop the patience necessary to give school improvement efforts time to work. Ending the renewal schools program, or proliferating charters as potential replacements, will not end the crisis in urban public education.

Second, closing schools—what some see as an alternative to improving them—will not solve chronic absenteeism and pushouts, social inequities and violence, and the corrosive plagues of structural racism, economic oppression, xenophobia, and their lingering consequences that warp lives inside and outside schools. There are 21 former renewal schools that remind us that school improvement is possible, and that there is something decent, even democratic about a reform strategy not guided by punishment and divestment, but driven by dignity and investment.

Of course, the choice to transform or to close schools is not a neutral act. As Eve Ewing suggests:

Perhaps, the most important lesson to be taken from the renewal schools program is the idea that we do not have to concede, that we can absolutely choose not to add to the “long line of racist attacks” against our children by continuing our quest for ways to improve all our schools, regardless the costs.

2 Ewing, E. (2018). Ghost in the schoolyard: Racism and school closings on Chicago’s South Side. Chicago: University of Chicago Press, p. 159. 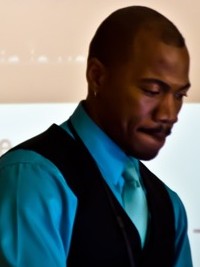 dk64@nyu.edu
Privacy Policy Accessibility
This site, and all its contents, are Copyright © 2022 by New York University. All rights reserved