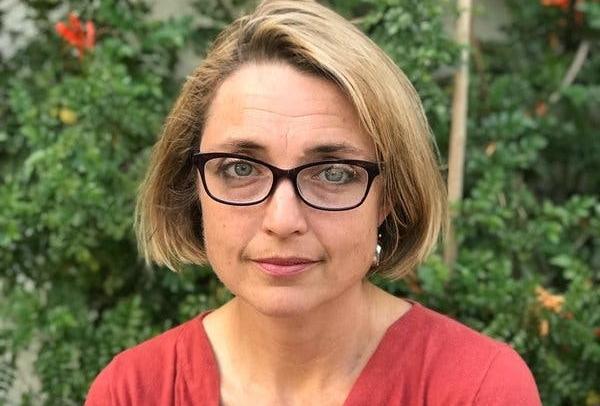 At 5 pm on New Year's Eve, I learned of the passing of Courtney Everts Mykytn. I was stunned. My original plan was to have a relaxing night home and out of the cold, but after receiving the news, I could not be alone. Instead, I took an hour-long train from uptown Manhattan to Brooklyn (and a very expensive taxi back) to spend the night among friends celebrating in her honor.

Over the past week, so many beautiful words have been written and spoken about Courtney Everts Mykytn and her impact on this world. Since receiving the news, I’ve found myself paralyzed by shock and sadness. I’ve yearned to compose some beautiful words of appreciation and remembrance to honor Courtney, but I’ve struggled to even comprehend what her loss means to me.

Courtney and I were colleagues. We were also friends.

As with many of the people whose lives Courtney touched, our first interaction was online. In September of 2016, I was one month into a new position at New York Appleseed, a NYC based organization that fights for school integration. Courtney read about my hire in a Chalkbeat article and reached out to me on Facebook messenger.

She described the work and mission of Integrated Schools and shared a link. All pretty standard outreach. She then gave me my first introduction to her wonderful humor and charm, and her skill as an advocate.

“...and now, as i cross the line into potentially-creepy, i saw on your FB page that you are in LA.  if you're not swamped (most likely) with visiting people you care about, i'd happily meet you for coffee or beer or whatever.”

I was visiting Los Angeles for the wedding of two close friends, so it was impossible to fit in a meeting. I remember seeing her message when I flew into LA with amusement at her clear and bold commitment to building community in support of integration. I responded with the suggestion that we have a call once I returned to New York.

We spoke on the phone a month later. I checked out the organization and honestly came to our first phone call with some skepticism about an organization that was built to organize white parents in support of integration. When we started our conversation, Courtney shared her journey to anti-racism and integration as a parent. She was self-aware and unafraid to name her privilege as a white woman. This impressed me. As someone who has spent the past ten years doing racial justice work, I’ve become critical (and sometimes pessimistic) of white-led “anti-racist” groups, as they often operate in very problematic ways. I openly expressed this tension and others to Courtney who welcomed my perspective. Despite these tensions, she gained my trust in that phone call. That phone call was also the beginning of our friendship.

In the four years I knew Courtney, we worked closely together in a number of different capacities. From beginning as thought partners and beer buddies to her asking me to serve on the Board of Integrated Schools, to both of us recently being elected to the Steering Committee for the National Coalition on School Diversity. We texted, emailed, and spoke on the phone regularly, and always made time to catch up over beers when we found ourselves in the same town. Courtney understood her responsibility as a white person. I remember sharing an essay I wrote in 2015 with her, and her calling me and telling me how important it was for her. In the essay titled, “White Lips to White Ears,” I make the point that white people have a responsibility to speak to other white folks about racism and white supremacy, this responsibility should not fall on people of color (POC), as we often won’t be heard. So I share some words from that essay that I think Courtney truly lived out, and through our friendship, I learned to live out too.

“To my white co-conspirators: Remember: white lips to white ears... Amplify the voices and narratives of POC in discussions [with fellow white folks], use your voice to speak to your [white] friends, family and communities about racism and white supremacy (be strategic), but know when it is time to be quiet and just listen [to POC]... I support my white friends and family in building their understanding of racial justice, so they can become agents of change amongst their fellow white folks...”

I’m not the first to express this sentiment, nor was it the first time Courtney had felt this priority as a white person. But I know this is why she asked me to join the Integrated Schools Board. I know that’s why the majority of our Board is people of color. We had so much more building to do together, and I’m saddened that her passing has taken that opportunity away from us.

In September of 2019, I was asked to join the NYU Metro Center to deepen our roots in the school integration work. I accepted this role and began building the Integration and Innovation Initiative (i3), knowing it would allow me to continue supporting and amplifying the national movement for integration. As I was preparing to take on this role, I found myself thinking about legacy. I looked at the leaders of the integration movement throughout our history and sought to honor their work and memories in my own work. Courtney is one of those leaders that I will always strive to honor in my work. When I think about Courtney and the vibrant community she helped build, I am proud to have played a small role in helping shape that community, and I am proud of the friendship we developed.

Courtney’s impact and loss will be felt for years to come. But I know her vision and commitment to integration will live beyond all of us. Last weekend, I found myself at a bar meeting for a drink to celebrate Courtney with some of the folks she touched here in New York City. Of a group of about 9 or 10 people, I was one of two men, and the only person of color. For people who know me, it is a rare moment that you will find me having drinks with a group of white moms, especially if I’m the only person of color.  That was Courtney’s power. She built bridges. She built community. She built friendships.

In this moment of such tremendous loss, I offer my deepest love and sympathy to her family. And to those in the school integration movement who were touched Courtney, I commit to honoring her legacy through my work. Let’s all work to honor her legacy together.