A Crusade for Billions? How a Betsy DeVos Department of Education Could Lead to a Massive Transfer of Public Funds into the Private Sector | 2017

On Monday, January 30, 2017, hundreds of patient protectors braved the bitter New York City cold to stand firmly in defiance against the impending appointment of billionaire school-choice crusader Betsy DeVos, 58, for Secretary of Education. The brazen assembly, short on time yet not lacking hope, was among one of many gatherings crisscrossing the nation. Since DeVos's name first surfaced as President Trump's nominee for Secretary of Education, a stubborn, nation-wide procession of feet has emerged in stride to protest what many fear is the beginning of the end of public education in the U.S., as we know.

From the march-worn concrete streets of New York City to the rally-fatigued lawns of the National Mall, the rising chorus of dissent to DeVos's appointment is not without merit. On the eve of the U.S. Senate vote to confirm Devos's nomination as education secretary, Democratic Senators staged a day-long talking protest to convince a least one more Republican Senator to switch her or his vote. In line with Senate Democratic efforts, there have been countless social media campaigns aimed at convincing legislators in the Senate to reject DeVos as Secretary of Education.

Given what we know about her--DeVos's ties to the multibillion dollar Amway Corporation, for which she is heiress--people are well within reason to question and, even worse, fear how she might run the U.S. Department of Education. In this light, it is important to note that DeVos's husband, Richard DeVos, Jr., inherited his billions from Amway, a company known for exploitative business practices, i.e., multilevel marketing--also known as pyramid schemes--to funnel precious resources from the thin pockets of the masses to the greedy bank accounts of the gluttonous few.

While her record on education appears to be lacking, what DeVos brings to the job of Secretary of Education is an unmatched charisma for fiscal alchemy--the ability to turn other public money into private profit. Thus, it should come as no surprise that the only real educational policy DeVos seems to have durable knowledge of is the Title I provision (the most lucrative provision) under the Elementary and Secondary Education Act--better known as No Child Left Behind.

Under No Child Left Behind, in access of $14.5 billion of federal monies were set aside to address education funding inequities by financially bolstering school districts with large proportions of poor children. The stated purpose of the funding was to give poor children greater access to the same types of learning opportunities as wealthier children who reside in affluent districts with schools that benefit from higher property taxes, among other supports.

Further, we know that, as a result of choice policies such as the voucher programs that DeVos champions, 20 percent of all Title I monies earmarked for poor students--roughly $2.6 billion--end up in school districts with a higher proportion of wealthy families. This often overlooked detail could shed light on some of DeVos's intentions as Secretary of Education, while giving us incredible insight into a department of education that, under a DeVos regime, could resemble a Ponzi scheme.

Much of DeVos's past efforts in education, an associated knowledge of educational policy, seem to deal with mechanizations for a massive transfer of wealth from the public sector to the private sector, that is, from taxpaying citizens investing in a public education project crucial for the development of our nation's youth and the maintenance of our democracy to the uber wealthy elites who conceal their money in hidden offshore accounts. Many of such individuals, like President Trump, neither pay taxes nor plan to. Thus, in relationship to her lack of knowledge of policies such as the Individuals with Disabilities in Education Act (IDEA), created to serve vulnerable students, Devos's focused knowledge of Title I reads as alarming. According to Nate Malkus, a contributor to U.S. News and World Report, "Given DeVos' long history of advocating for school choice and Trump's proposed $20 billion investment in it, her pointed position deserves a full discussion."

According to New York Times reporter Kate Zernike, DeVos, a former chairwoman of the Michigan Republican Party, has a passionate record of steering Title I monies away from public schools. For example, the Detroit, Flint and Grand Rapids school districts boast the 10 largest shares of students in U.S. charter schools. The State of Michigan sends $1 billion in education funding to charter schools annually. Of those schools, 80 percent are run by for-profit organizations, a far higher share than anywhere else in the nation. Moreover, the DeVos family, the most prominent name in Republican politics in Michigan, have been the biggest financial and political backers of education resource diversions into the private sector.

With the selection of DeVos, President Trump seems serious about the $20 billion school voucher plan he rolled out during his campaign. The proposal would redirect huge swaths of the federal education budget away from school districts and toward low-income parents, allowing them to spend a voucher at a public or private school of their choice, including for-profit, virtual, religious, and other predatory systems of schooling.

To be sure, DeVos enters the conversation with enormous conflicts of interest. She and her family have invested millions in divestments schemes, lobbying the federal and State of Michigan governments to open up education markets to opportunistic millionaires. She and her family have also invested in online K-12 education ventures, alternative systems of education that too often prey upon our nation's most vulnerable students to turn a profit.

Indeed, this playbook on exploitation is not without familiarity, particularly for an administration whose leader, Donald Trump, has become the icon for exploitation in private education. Remember President Trump was regularly dogged on the campaign trail for his own failed foray into for-profit education with the now infamous Trump University.

The other part of this story deals with the policy that DeVos doesn't know: IDEA--a policy advancing equity in education, assuring rights of otherly abled students to participate and gain an education equal to that of all other students across a range of abilities. DeVos's ignorance of IDEA could suggest that she isn't interested in educational equity, or is, at best, indifferent to it. Thus, we must question her public rhetoric on education--especially when she pivots to equity claims to conceal her broader history in support of school privatization (even at the expense of educational equity).

Had she been genuinely concerned about public education, DeVos would have known what IDEA is. Had she been genuinely concerned for the education of all American youth, she would be aware of how disastrous policies that redistribute public funds to the private sector are. If she were really concerned about American youth, she would have regarded her own resume in public education, and pulled herself out the running for Secretary of Education.

Trump, himself, has a rich history of this kind of profiteering. So does DeVos. 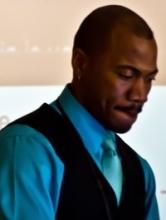 dk64@nyu.edu
Privacy Policy Accessibility
This site, and all its contents, are Copyright © 2021 by New York University. All rights reserved