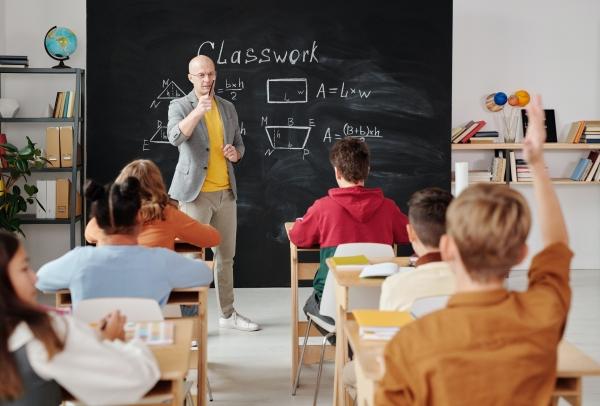 Professor Erika Wilson at the University of North Carolina Law School has developed a trenchant analysis of school segregation and a new approach to legal action against it. (Her work will appear in an upcoming article in the Harvard Law Review.)

Wilson argues that across the country state-drawn school district boundaries in diverse urban districts allow advantaged whites with significant social and political capital to transform those districts into enclaves of similar racial and socio-economic status. These enclaves tend to exclude families, especially low-income families of color, who cannot afford to live in the district’s neighborhoods or enroll their children in district schools. Wilson argues that the capacity of affluent whites to create and maintain predominately white school districts has material consequences and symbolic meaning. Materially, predominantly white districts produce higher per-pupil-spending for their district schools from their advantaged tax bases. Their schools enjoy higher teacher quality because experienced teachers are consistently attracted to them. Symbolically, these advantaged districts act as a magnet for affluent white families because of the economic and social status associated with concentrated whiteness.

I experienced the coalescence of these processes in brownstone Brooklyn in the early ’70s. When my family moved into the Park Slope neighborhood in 1972, the local school, PS 321, served a predominantly non-affluent Black and Latino student body. But as Park Slope became increasingly attractive to affluent whites leaving Manhattan or emigrating into the city, property values rose, rents escalated, and the resulting economic pressure forced many poor and working-class Black and Latinx families out of the neighborhood. The local school’s demographics reflected these exclusionary dynamics. A dozen years after we moved into Park Slope, PS 321 became a majority white school. Today, PS 321 is 78% white, 6% Latinx, 6% mixed race, 6% Asian, and 3% Black, and is one of the city’s most sought-after schools.

Wilson repurposes Max Weber’s concept of social closure to define the process of affluent white incursion and the marginalization of less affluent people of color. She sees social closure as a process of subordination in which a dominant group uses exclusionary practices such as school district boundaries, drawn and sustained by state law, to monopolize scarce resources such as high-quality schooling. Wilson argues that these social closure processes, and the segregation they produce, violate the inclusive ideals of public education and reduce the nation’s capacity for democratic practice. Because public education has historically been defined as the nation’s great equalizer, an institution that offers everyone routes to social mobility and the skills necessary to effectively participate in the democratic process, Wilson argues that white student segregation impedes that ideal by monopolizing whiteness through the social closure of high-quality schools.

Social closure processes are clearly operative in the segregation of selective New York City middle and high schools. Currently, 40 of the city’s more than 300 middle schools provide pathways to the predominantly white tier of NYC high schools that afford access to the nation’s most exclusive colleges and universities. These 40 elite NYC middle schools are fed by elementary school gifted and talented programs, also overwhelmingly white, throughout the city. These selective middle schools have admissions requirements that often involve class grades, achievement test results, high attendance, and an absence of behavioral infractions–qualifications that screen out less affluent Black and Latinx students and screen in affluent whites. These criteria, coupled with requirements for student and parent on-site interviews and in-person school visits, also screen out parents working late hours or more than one job and effectively monopolize enrollment by white, affluent students. (That is why the diversity reform implemented by Brooklyn’s District 15 schooling constituencies did away with school boundaries and all screening at the middle school level.)

Through Wilson’s lens, two specific New York State legislative interventions into New York City public schooling also illustrate how the processes of state-initiated social closure lead to the monopolization of quality education by white constituencies. In 1970 the state legislature established the district boundaries of the newly decentralized New York City school system, yoking disparate neighborhoods together in ways that secured white hegemony in many districts. In 1972 the state legislature’s Hecht-Calandra Act established a single test in math and science as the only criterion for admission to Stuyvesant, Bronx Science, and Brooklyn Tech high schools. These two state legislative interventions immeasurably strengthened the white monopolization of high-quality public schooling in New York City.

Wilson posits that equal protection and disparate impact doctrines, traditionally used to bring legal action against school segregation, cannot capture the harms of monopolization caused by white student segregation. Much of the legal action designed to reduce school segregation focuses on how students of color are harmed by segregative practices that enhance inequity. But Wilson’s work focuses on how affluent whites monopolize high quality public schooling and thereby deny it to a much larger population of less affluent students, not only jeopardizing their futures but subverting the democratic goals of public education. Her analysis of harmful white agency–the monopolization of a scarce public good–is a useful analytic concept, akin to opportunity hoarding, that captures how segregation harms not only students of color, but our broader national polity.

Because Wilson defines high quality schools as part of the public good critical to the health and growth of our democracy, she argues that antitrust law doctrines can be used against that monopolization as an illegal restriction of an essential public infrastructure. She suggests that principles from antitrust essential facilities doctrine can help conceptualize the harms of monopolization caused by white student segregation and frame remedial solutions that might adjudicate those harms.

Will Wilson’s argument about the utility of antitrust law’s essential facilities doctrine as an anti-segregation strategy generate new streams of litigation? And will that litigation effectively limit school segregation? Wilson’s paper cites the negative examples of two key Supreme Court decisions that erected major barriers to legal action to reduce segregation. San Antonio v. Rodriguez, decided in 1973 by a 5-4 vote, found that school financing, based on patently unequal local property taxes, was not a constitutional violation of the 14th Amendment’s equal protection clause. The court’s majority held that the U.S. constitution did not support the principle that public education is a fundamental right. That decision guarantees that, as long as schooling is primarily funded by local property taxes, student outcomes of the nation’s public schools will never approach, let alone achieve, equity of results. Milliken v Bradley, decided in 1974 by a 5-4 vote, held that states could not be ordered to desegregate suburban districts, however strongly segregated, where there was no evidence of de jure intent to segregate. This decision puts the entire armature of de facto segregation, achieved through district boundary lines, discriminatory housing policies, exclusionary zoning, and other prohibitive practices, beyond the reach of legal action. Given the severe restrictions these two decisions impose on court battles against segregation, we desperately need new legal approaches that frame the harms of segregation in the broadest possible frameworks. Hopefully, Wilson’s work will provide a new pathway.

norm.fruchter@nyu.edu
Privacy Policy Accessibility
This site, and all its contents, are Copyright © 2022 by New York University. All rights reserved