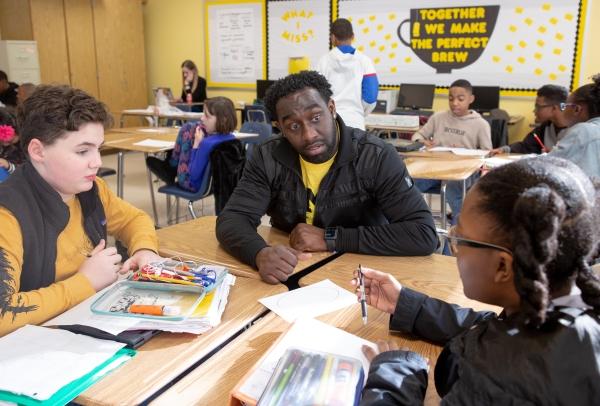 A few days ago the National Academy of Education (NAEd), which I serve as vice president, issued a statement (jointly with the American Educational Research Association (AERA) and endorsed by 16 other scientific societies) in support of anti-racist education. I support the statement, and I am proud that the William T. Grant Foundation funds research on anti-racist education nn and other pathways to reduce racial inequality. For example, we are a founding donor of the Institute in Critical Quantitative, Computational, and Mixed Methodologies (ICQCM), which fuses critical theory and advanced data science to “dismantle the structural barriers to enable human flourishing for underrepresented communities, professionals, and young people.”

The NAEd/AERA statement responded to a September 4 directive from the U.S. Office of Management and Budget forbidding federal agencies to engage in anti-racist training that introduces the concepts of critical race theory and white privilege.[1] This directive encouraged agencies to cancel contracts and divert federal grants away from organizations that provide such training. Any doubt about what that meant was erased by an executive order issued by the President on September 22, 2020, attempting to ban federal agencies, contractors, and grantees from providing such training.

Prohibition of anti-racist education among federal grantees is of special concern to the William T. Grant Foundation because nearly all of our research grantees are also grantees of the federal government. Contrary to the current federal administration, we think these grantees should be engaged in anti-racist education and practice that includes the concepts of critical race theory, white privilege, and other ideas that help researchers understand and address systemic racism and the structural foundations of inequality in the United States. Our approach is evidence-based; the administration’s stance in this matter, as in so many others, is anti-science.

Historical evidence reveals the shameful failure to end slavery at the founding of this nation, the centrality of slavery in the Southern states’ rebellion, and the crushing of Reconstruction which resulted in a renewal of White supremacy and the rise of Jim Crow laws. Contemporary social science evidence reveals that, despite progress since the middle of the 20th century, racism remains embedded in the structure of society. In part this is an historical legacy; as William J. Darity and others have explained, wealth leads to more wealth, so that the theft of labor during slavery and Jim Crow lies behind today’s enormous wealth disparities. In other ways, however, systemic racism reflects biases that are still present in the institutions of today, such as bank lending policies that work against Blacks, school finance policies that disadvantage low-income communities, criminal justice systems that unfairly target Blacks, and numerous other structures that maintain advantages for Whites over other racial and ethnic groups.

And yet, we are not paralyzed in the face of such discrimination and oppression. On the contrary, because the policies that support White privilege have been made by people, they can be unmade by people. This is where research universities and firms enter the picture.  We need research like that of Darity to explore responses to racial wealth inequality; like that of Aldon Morris to study the role of social movements in advancing civil rights; like that of Adriana Umaña-Taylor on how teachers can foster students’ racial-ethnic identity development; like that of Nikki Jones to learn how to de-escalate police encounters with Black youth; and many other studies that will provide routes to racial justice.

To pursue such research, it is essential that research universities and others receiving federal grant funds explicitly speak to their understanding of the ways that racism pervades our social institutions and their appreciation for research that seeks redress. Such understanding and appreciation may encourage researchers to carry out studies that develop and test strategies to dismantle systems of racial and economic inequality. For a nation founded on principles of equality which have never been fully realized, nothing could be more patriotic.

[1] The NAEd/AERA statement also responded to efforts by the U.S. Department of Education to ban use of the New York Times’ “1619 Project” to teach about race in K-12 schools, and to investigate Princeton University for possible malfeasance because the university intends to reexamine its own potential biases and past racist practices.

Adam Gamoran is the president of the William T. Grant Foundation, a charitable organization in New York City that supports research to improve the lives of young people.