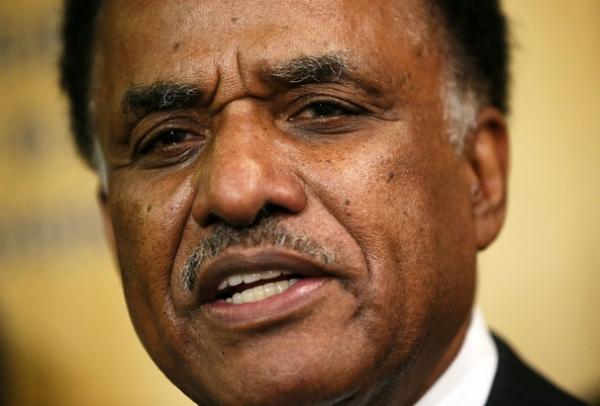 An Alternative High School and a Police Chief

Hubert Williams, Newark’s first Black police chief, died this past March. Williams directed the Newark force from 1974-1985, was president of the National Police Foundation from 1985-2012, and helped found and lead the National Organization of Black Law Enforcement Executives. And Williams was also intimately connected to a local Newark school reform effort I worked on for almost a decade.

From 1963 to 1968 I was part of the Newark Community Union Project (NCUP), one of a dozen efforts across the country sponsored by the organizing wing of Students for a Democratic Society (SDS). NCUP recruited neighborhood residents into block clubs, built bases in Newark’s predominantly black Central and South Wards, campaigned against urban renewal and police brutality, organized rent strikes, and fought for tenant protections against evictions and arbitrary rent increases.

The NCUP organizers were predominantly white recent college graduates, with a strong admixture of local Black activists, some with trade union experience, many from religious backgrounds. Some of the organizers developed a relationship with Williams when he was a police sergeant in the South Ward. After the Newark Uprising in the summer of 1967, several NCUP organizers moved into the Ironbound section of the East Ward, Newark’s traditional immigrant basin, which was experiencing a large Portuguese influx. The organizers helped to develop a daycare center and pre-school run by local mothers, and a storefront center for neighborhood youth.

Most of the young adults the storefront center attracted had dropped out of Newark high schools, but many of them dreamed of somehow attaining their diploma. A few studied for the GED, and a few enrolled in community college programs that offered a high school diploma after completing thirty college credits. After the Newark Star-Ledger profiled several alternative schools in suburban New Jersey settings, many of the young people in our center urged the ex-NCUP organizers to develop a local alternative high school. In 1970, the same year Kenneth Gibson, a Newark-born Black engineer, bested the white-dominated Democratic city machine to become Newark’s first Black Mayor, the ex-NCUP organizers secured state approval of  Independence High School (IHS), a free non-public school located in an old Venetian blind factory a few blocks from the East Ward’s traditional high school.

IHS’s initial enrollment was mostly white and very neighborhood-based, but the school soon attracted a growing number of Black and Latinx students from across Newark’s neighborhoods. The school charged no tuition; its only entry rule was that applicants had to be high school drop-outs. The ex-NCUP organizers fundraised to pay the meager salaries of the teachers (themselves included) through a combination of foundation and state grants. One day in 1974, in the school’s fourth year, the school got a call from Hubert Williams, the local police sergeant from NCUP days who Mayor Gibson had recently appointed as Newark’s Police Director. Williams suggested he might be able to help us fund our school and invited us downtown to discuss the possibility.

Two of us met Williams at Newark’s Police Headquarters, a site we had studiously avoided in our previous organizing efforts. Williams had a warm, genial and thoughtful presence; he told us he’d been following our school because he was convinced that achieving a high school diploma was the key to reducing juvenile delinquency for Newark’s young people. President Nixon, Williams informed us, had just (in 1974) expanded the programs of the Law Enforcement Assistance Administration (LEAA), established by President Johnson in 1968 to provide federal funding to state and local law enforcement agencies. LEAA initially supported law enforcement research, state planning, and local crime initiatives. Nixon’s expansion of LEAA programs, Williams told us, would now include juvenile delinquency prevention. Williams thought he could make a compelling case for LEAA funding for IHS if we could demonstrate that attending our school significantly reduced our students’ recidivism rate.

I remember that I asked him what recidivism was; I’d never heard the term. Williams explained it was the re-arrest rate of any group of first offenders, and told us that nationally, re-arrest rates for first-time juvenile offenders had reached alarming proportions. He told us he would support our funding application to the LEAA if we could demonstrate that IHS lowered juvenile delinquency rates by involving vulnerable young people in a unique alternative learning effort. “You would have to do two key things to demonstrate your effectiveness in lowering recidivism for your school population,” Williams told us. First, we would have to ensure that at least half the school’s students had arrest records. (At that point in 1974, the school population was close to 100 students, a number Williams thought might represent acceptable scale to the LEAA.) Second, we would have to secure Social Security numbers for all our students and submit them to the Newark Police Department annually, so they could track our students’ re-arrest rates.

The two of us went back to IHS and called a meeting of all students and teachers, our form of townhall for considering important decisions. When we explained the LEAA opportunity to a few of the teachers before the meeting, serious reservations emerged. Even though these events occurred well before the Internet developed the technology to underpin a surveillance state, several teachers were wary of providing the police with students’ Social Security numbers.

When we described the possibility of LEAA funding and its pre-conditions at the all-school meeting the following day, several revelations surprised us. First, because the vast majority of our students had been working for years to help support their families, almost all of them already had Social Security numbers. Second, when we asked who had arrest records, almost all our students raised their hands. Clearly Williams’ two requirements could easily be met.

Many students shared the teachers’ concerns about submitting student Social Security numbers to the police. After much discussion, the meeting agreed to ask Williams to give the school a written commitment that our students’ Social Security numbers would be stripped of all names, birthdates and other identifiers, be segregated from all other police data, and used only to track student re-arrests.

But students also had other concerns: what might the LEAA want as publicity for our acknowledgment of its grant? The underlying worry was that if the school was branded as an LEAA project, it might be perceived as an accomplice of the police in a period of growing national efforts to increase repressive law and order measures. Students also asked about how many years of LEAA funding we might receive, and how much potential funding was possible.  We hadn’t raised the issue of what LEAA might require as public acknowledgment of its funding, but we had queried the expected amount if our application was successful. Williams had guessed at $500,000 a year for five years; the amount far exceeded IHS’s annual budget. The meeting was silent for several moments until students erupted with suggestions about how our school might use the new funding: an art room, a sound-proofed music studio, decent enlargers for the photography class, a new carpentry shop, even a kitchen to serve breakfast and lunch every day.

Three students selected by the all-school meeting accompanied us to the follow-up appointment with Director Williams, who immediately accepted the data protection measures we proposed. To the question about what funding acknowledgments LEAA would expect, Williams suggested that the LEAA would probably have minimal expectations. He assumed that the agency would want to be included in our published list of funders and explained that the LEAA would treat the grant as an initial experiment that would take several years to evaluate. If the evaluation was positive, Williams thought the LEAA might promote our school at the federal level, but with minimal fanfare. Williams also explained that the initial grant would be for three years, with a two-year follow-up, depending on the school’s effectiveness in reducing recidivism.

The students left the meeting euphoric, convinced that getting the LEAA grant was a sure thing. When we warned them that we’d have to write a very competitive proposal to succeed, they pointed out that we’d already gotten foundation and state grants to fund the school for four years, and now we had Newark’s police chief supporting us.

We did get the LEAA grant, with five years of funding that transformed our school’s physical plant, expanded our course offerings, and provided substantial additional resources that enriched our school’s culture. We’d structured the school to try to respond to the panoply of students’ academic and social-emotional needs, as well as to their aesthetic, craft, and vocational interests. The LEAA grant vastly expanded our range of offerings.

We awaited our first year’s recidivism report with some unease since the staff had no idea of how many of our students had been re-arrested. Williams called us down to his office once the data was in. He looked unusually grave when he asked us to guess at our recidivism rate, and our group fumbled for appropriate responses. Williams laughed at our hesitation. “Either you guys are habitual pessimists or you don’t have enough faith in your school. Six percent! We checked the data three times! No juvenile delinquency intervention we’ve ever heard of clocks in at a six percent annual recidivism rate!”

As it turned out, six percent was our high mark; IHS’s recidivism rate stayed below five percent for the following four years. Williams’ hypothesis proved prescient, and the school achieved some limited renown in New Jersey education circles and among some alternative high school advocates, though since most such schools did not serve high percentages of formerly adjudicated students, our attraction was limited.

I left IHS in the late 70’s, after several classes of our founding students graduated. I tried to keep in touch with the school’s efforts and attended several reunions. From what I’ve gathered, IHS eventually became an official placement school for students with disabilities across the Newark school system, and the school seems to have operated till at least the early 2000s. From our fledgling start in 1970, the school continued for more than three decades, a far longer arc than most alternative schools have managed.

As police brutality and the killing of Black and Brown men and women increases across the country, I write this to honor a police chief who understood that an alternative high school for dropouts could reduce youth delinquency. Williams’ vision of law enforcement honored the necessity to expand society’s provisions for young people’s academic, emotional, and aesthetic capacities, rather than continuing to incarcerate them. Rest in peace, Hubert Williams.

norm.fruchter@nyu.edu
Privacy Policy Accessibility
This site, and all its contents, are Copyright © 2020 by New York University. All rights reserved