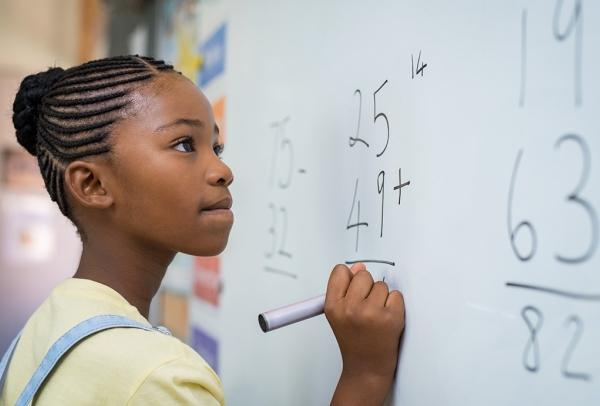 How Have ELA and Math Achievement Levels Changed Over Time?

As part of a series examining progress and disparities in New York City schools, this Spotlight post focuses on trends over time in standardized test scores for elementary and middle school students. As seen in the slideshow below, since 2000, achievement in math and English Language Arts (ELA) in grades 3 through 8 have generally improved, although multiple changes to state tests and standards for proficiency complicate comparisons.

While overall test scores improved within each testing regime, slides 2 and 3 demonstrate that large disparities associated with race/ethnicity have persisted. As shown in Slide 3, in 2000, the gap in math proficiency rates between White and Asian students, on the one hand, and Black and Latino students, on the other, was about 40 percentage points. This gap decreased a great deal during the following years—to just over 12 percentage points in 2009. However, when standards were increased, disparities grew larger again. Since 2010, math proficiency rates for Asian and White students consistently have been more than 30 percentage points higher than for Black and Latino students. Trends have been similar for ELA proficiency rates (see Slide 2).

Finally, as shown in Slides 6 and 7, math and ELA proficiency have looked somewhat different in elementary and middle school. For both subjects, across most years, a much larger percentage of students in grade 4 met standards than their middle school peers. This changed for ELA, beginning in 2013, when 4th and 8th graders achieved proficiency at similar rates.

This post was authored by James Kemple, Chelsea Farley and Kayla Stewart.

This series was published in Spring 2019.

What else should we be asking about ELA and math achievement in NYCschools? Let us know via email.

How to Cite this Spotlight: