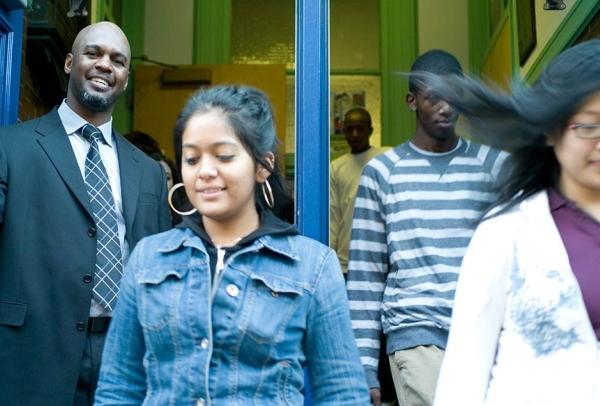 Pathways to an Elite Education

NYC’s specialized high schools are well known for their elite academics, but also heavily criticized for their lack of diversity. Indeed, girls and, most starkly, Black and Latino students are under-represented at the schools. A central question has been the extent to which the schools’ admissions policy—which admits students solely based on their performance on the Specialized High School Admissions Test (SHSAT)—is to blame.

This brief examines students’ pathways from middle school to matriculation at a specialized high school, and simulates the effects of various admissions criteria that have been proposed as alternatives to the current policy. Analyzing data from 2005 to 2013, we found that while the SHSAT is (by design) the most important factor determining who attends the specialized high schools, it is not the only factor. Many students—including many high-achieving students—do not take the SHSAT at all, and some of those offered admission decide to go to high school elsewhere.

Even when comparing students with the same level of prior academic achievement (based on state tests), we noted disparities at each stage of the pathway into a specialized school. For example, among students with comparable prior achievement, girls and Latinos were less likely to take the SHSAT. And girls, Latino, and Black students who took the test were less likely to receive an offer of admission. These findings suggest that there are opportunities to increase access, even within the confines of SHSAT-based admissions. Interventions that ensure that well-qualified students sit for the SHSAT—and have adequate resources to prepare for it—could help make the specialized schools more diverse.

Many critics argue that the best way to ensure more equitable access to the specialized schools is to change the admissions policy. But, until now, there has been little evidence about how proposed changes would alter the composition of NYC’s specialized high schools. We examined the likely impact of six alternate admissions rules, based on criteria other than the SHSAT, including state test scores, grades, and attendance. In general, we found that these rules would increase the share of Latino, White, and female students admitted. But, most of them would not appreciably increase the share of Black students admitted nor reduce the concentration of offers in a small number of middle schools. The one exception was a rule that guarantees admission to all students across the City who are in the top 10 percent of their middle school (this rule would substantially increase diversity, but would also reduce incoming achievement levels, particularly in math).

Overall, our findings show that the disparities in the specialized high schools largely reflect system-wide inequalities. By any standardized measure, Black, Latino and low-income students are under-represented among the City’s “highest achievers.” Future Research Alliance work will dig into these systemic inequalities, aiming to identify strategies to expand access for traditionally disadvantaged students.