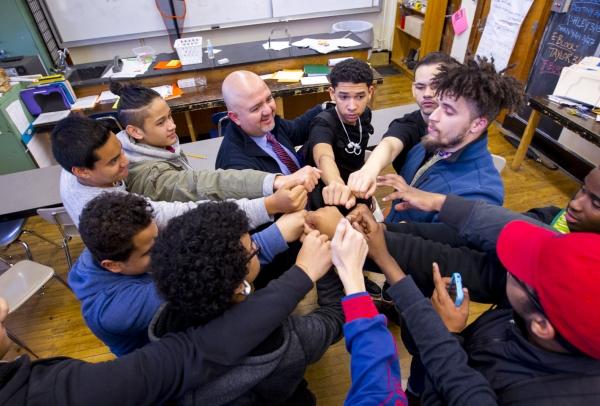 Studying the Work of the Center for Racial Justice in Education

Like other institutions, the country’s education system is challenged by systemic racism. Sixty-five years after Brown v. Board of Education, schools remain largely segregated by race. Predominantly White school districts receive far more funding compared with districts that serve mostly students of color. Black and Brown children are more likely to be suspended than their peers for the same infractions, and research shows that non-Black teachers often have lower educational expectations for Black students than White students.

The Center for Racial Justice in Education (CRJE, formerly Border Crossers) is one of a growing number of organizations working to combat racism in schools. Its mission—to train and empower educators to dismantle patterns of racism and injustice in schools and communities—is executed primarily through intensive training and coaching with K-12 educators, nonprofit organizations, and parents. In 2017, CRJE engaged the Research Alliance to study two of their core program offerings. The first, Talking about Race (TAR), is a one-day workshop that aims to deepen educators’ knowledge about the history of race and racism in the US; strengthen their understanding of how racial bias affects their lives, their teaching, and their students’ lives; and help educators identify anti-racism educational practice. The second was a new, year-long program called Racial Justice in Schools (RJIS), which was designed to provide more sustained coaching and support around the creation of racially equitable learning environments.

Drawing on surveys and interviews with participating educators, as well as program and meeting observations, our report to CRJE presents findings about both programs, including:

The study is supported by a grant to the Center for Racial Justice in Education from the W.K. Kellogg Foundation.

Report
Privacy Policy Accessibility
This site, and all its contents, are Copyright © 2023 by New York University. All rights reserved