Recent increases in violent crime, in New York and other major cities, have led to concerns about public safety and calls for more intensive law enforcement. However, the new findings suggest a worrying link between heavy policing and poor outcomes for young people who live in those areas.

“At a critical time, these findings confirm what we have known far too long: community conditions that perpetuate trauma, like over policing, lead to consistently lower educational outcomes," said Jennifer Jones Austin, CEO and Executive Director, FPWA. "Examining these connections shines a light on ways to dismantle structural barriers that impede true equity for all New Yorkers."

The study follows five cohorts of sixth graders for eight years each, from 2005 (when the first cohort started middle school) through 2018 (a year after the last cohort’s scheduled high school graduation). During this time period, the use of Stop, Question and Frisk peaked in NYC—in 2011—then declined rapidly. While students’ overall exposure to police activity dropped, racial disparities persisted. Year after year, Black students lived in neighborhoods with about three times the average number of police stops, compared to White students.

These inequities in police exposure had startling consequences for students’ educational attainment: Controlling for a range of other factors that could have influenced outcomes, researchers found that when Black and Latinx students experienced heavy police activity in their home neighborhood, they were substantially less likely to graduate from high school. Black students who happened to live in a neighborhood with very high levels of policing were about 8 percentage points less likely to graduate than those who experienced very low levels of policing. For Latinx students, the pattern was similar, though less pronounced.

The analysis did not consider whether individual students actually had encounters with the police, but rather how living in a neighborhood with a larger police presence affected educational outcomes. “The study’s focus on neighborhood-level exposure is particularly important,” said the study’s lead author, Joscha Legewie, of Harvard University. “It shows that the consequences of the criminal justice system are not confined to those who are incarcerated, arrested, or even stopped by the police, but extend to entire communities—with racial disparities in the criminal justice system helping to perpetuate racial inequalities in education.”

The project was a collaboration between Legewie and the Research Alliance for New York City Schools.

About the Research Alliance for New York City Schools

Housed at NYU Steinhardt, the Research Alliance for New York City Schools is an independent, nonpartisan research center that conducts rigorous studies on topics that matter to the City’s public schools. The Research Alliance strives to advance excellence and equity in education by providing evidence about the policies and practices that promote students’ development and academic success. To learn more, visit the Research Alliance website. 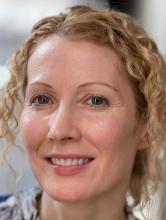 chelsea.farley@nyu.edu
Privacy Policy Accessibility
This site, and all its contents, are Copyright © 2023 by New York University. All rights reserved