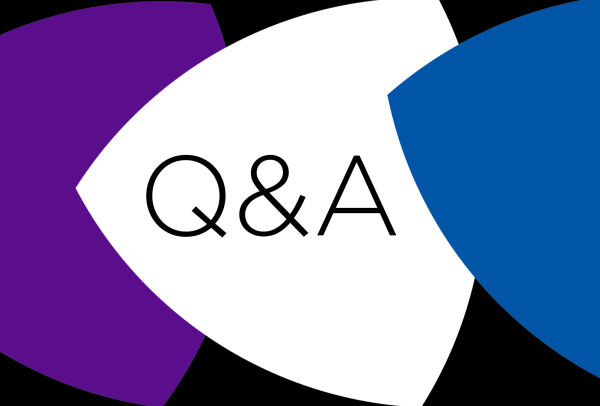 The world around us adheres to a set of strict geometric principles: Parallel lines will never touch, even if they appear to, like when train tracks seem to converge in the distance. The angles of a planar three-sided figure will always add up to 180 degrees. These fundamental truths surround children from the day they are born. Might children have some intuitive understanding of geometry that supports both their later interactions with the spatial world around them and their formal learning of geometry in school? Studies by Dr. Moira (Molly) Dillon, Assistant Professor of Psychology at NYU, are exploring those very questions. For example, a recent study by Dillon and colleagues suggests that adults might not use the multi-step proofs they learned in high school geometry to solve geometric reasoning problems. Instead, they might imagine properties of physical shapes and objects of everyday life and use that mental imagery to solve abstract problems in geometry.

Dr. Dillon has partnered with Cynthia (Cindy) Lawrence, Executive Director of the National Museum of Mathematics (MoMath) in Manhattan to explore how children’s intuitions and imagery might reveal continuity and change in geometric reasoning throughout development. Dillon and Lawrence received an IHDSC Seed Award in Fall 2017 to recruit children for short, interactive, in-museum experiments to investigate how 6- to 12-year-old children use mental simulations to reason about the general properties of  geometric figures. On the Ground spoke with Dillon and Lawrence to talk about the process of developing their research partnership. This interview has been edited for clarity and length.

IHDSC researchers frequently collect data and perform assessments in classrooms or home environments. Dr. Dillon, what made you want to run your study in a museum?

Dillon: Museums in general, and MoMath in particular, are real-world learning environments. In the case of MoMath, this is about kids learning how to play with math, how to think about math, and even how to do math using their everyday intuitions about spaces and objects. Conducting the study in a museum allowed me to capitalize on the rich environment that kids find themselves in and tap into their receptivity to engaging in mathematical thinking.

From the Museum’s perspective, what is the benefit of hosting researchers and granting them access to your patrons?

Lawrence: There is the possibility of MoMath learning from Molly’s research in a way that might benefit us, but I think even more than that, understanding how the brain learns is fascinating and I’m really happy to be part of pushing forth the knowledge in that area, even if in the end there’s no obvious benefit to us.

We have a very popular exhibit called Coaster Rollers that focuses on odd shapes that most of us haven’t seen before. They’re called solids of constant width. In any research study there’s often a giveaway to entice people to participate, and in many research studies that might be something not so meaningful. Molly really wanted to make this worthwhile for our patrons, so she used our exhibit and small 3D-printed models of these solids of constant width, and gives those as giveaways for study participants. The visitors may feel good about participating in a study, as I do, because they’re pushing human knowledge forward, but they’re also taking home something that’s clever and mathematical. Maybe they’ll show it to their grandparents, their friends, their family members, and a little bit of math will get pushed out into society.

Dillon: It is really important for me to make this a collaborative effort and show that lab research and informal educational settings can work in tandem to reinforce one another. The fact that our research connects to the mission of the museum and to the activities that are being done in the museum is paramount, not only to inform how to design the experiments or inform future exhibits, but to show visitors and study participants that there is a dialogue between the research that psychologists and cognitive scientists conduct in rarefied lab settings and the learning they themselves do in everyday settings.

What advice would you offer to researchers or not-for-profit leaders before they start a partnership?

Dillon: Do your research about the institution! It was clear in our case: MoMath is interested in exploration and intuition and my research is about universal intuitions in the way we think. Finding deep areas of overlap in the way a particular content area is being thought about, in our case the way we engage with math, is really important, and so is being able to articulate that overlap to make clear what goals might be shared. Also, be willing to dedicate resources, time, personnel, and energy to building something together, especially if there hasn’t been such a partnership in the past.

Lawrence: I would encourage other not-for-profits to start out by being open-minded. It’s important to think bigger than “if it doesn’t help us design a new exhibit we shouldn’t get involved.” If there are other things that come up where I need a partner from an academic institution, now I have a relationship. I would imagine that if MoMath were to apply for a grant and we needed an academic partner, I could turn to Molly.

How was education or child development research incorporated into MoMath’s exhibits?

Lawrence: We looked at learning standards, how people learn, and what’s in the curriculum across the country in mathematics. But we also decided that what we really wanted to do was have an effect on people’s attitudes and emotions around mathematics. For most kids, the first time they hear the word “math” is when they’re presented with a bunch of symbols on a page and asked to learn and to memorize without ever seeing anything beautiful about math.

I like to compare this to music. Most children want to play an instrument after they’ve heard beautiful music. The first time you pick up a violin or try to play the piano, it’s hard. Over time and with practice you get good at it and suddenly it makes sense. Math is the same way.

Dillon: One of the areas that I’ve been really interested in is how researchers and educators might engage these basic intuitions that emerge very early in human development and across cultures regardless of formal education. These are intuitions that may come to support our later, more abstract or symbolic understanding of mathematics.

Tapping into those early intuitions may really strengthen later symbolic learning. If we can strengthen the representations of our intuitions, of numerical sensitivities or spatial sensitivities when children are young, that may bolster the foundation we rely on later when we think about complex and symbolic math. Even more, as Cindy said, this may allow allow individuals to realize that they already have so many intuitions about numbers, shapes, objects, and spaces that support mathematical knowledge: What a great and motivating realization!

This opportunity to work together allows research from the lab to reach a lot more people than it would otherwise. That’s really important. Research can enter the real world if people are open to it.