Daniel Suh is a 4th year PhD student in the Developmental Psychology program in the department of Applied Psychology. Daniel is interested in children's spatial and math cognition as a foundation to academic performance in STEM, and investigates the disparities that exist among ethnic/racial groups.

Alex Watford is a 5th year PhD student in the Psychology and Social Intervention program in the department of Applied Psychology. Alex studies how formal and informal settings can support or constrain positive identity development of Black and Latino youth in the U.S., with a particular emphasis on schools.

Spenser Gwozdzik is a 2nd year doctoral student at the Robert F. Wagner School of Public Service. He received a two-year IES-PIRT fellowship in 2018. He is interested in studying urban education policy and how its interaction with other public policy areas impacts issues of inequality. He has an AB in Public Policy from Duke University and an AM in Urban Education policy from Brown University. Prior to attending NYU, he has spent the last three years working as a research associate with the Tennessee State Board of Education, where he has primarily focused on teacher preparation and related issues.

Andrew Weaver is a 2nd year doctoral student in the Literacy Education program in the Department of Teaching & Learning at NYU Steinhardt. He received a two-year IES-PIRT fellowship in 2018. He is interested in the factors affecting literacy development for multilingual students and the ways that schools can support the social development of students. Andrew received a B.S. in Psychology from Santa Clara University and a M.Ed. from Southern Methodist University. He has 3 years of experience working in the Dallas Independent School District, including 2 years as a 6th grade ELAR teacher.

Tim Carroll is a 3rd year doctoral student in the Higher Education program in the Department of Administration, Leadership, and Technology at NYU Steinhardt. He received a 4-year IES-PIRT fellowship in 2017. His interests center on college access and equity, including the educational pathways of English learners and students from immigrant and refugee families. Before coming to NYU, he worked as a college access adviser with College Possible Minnesota, a need-based financial aid administrator at Williams College, and a data curator at the Inter-university Consortium for Political & Social Research (ICPSR). He has a BA in American Studies from Carleton College and an MA in Higher Education from the University of Michigan. His adviser is Stella Flores.

Chelsea Daniels is a 3rd year doctoral student in the Department of Sociology at NYU GSAS. She received a 4-year IES-PIRT fellowship in 2017. Her research interests lie broadly at the intersection of education, criminal justice and technology. Chelsea received a BA in Visual Art from Oberlin College with minors in Mathematics and African American Studies. She worked in the music industry as a talent buyer and event producer before completing a MS in Applied Statistics for Social Science Research at NYU Steinhardt. Her prior research has focused on the development of technology tools for implementing alternative to incarceration programs for young adults, and contextual mobility within the framework of school choice initiatives.

Zachary McDermott is a 3rd year doctoral student at the Robert F. Wagner School of Public Service. He received a 4-year IES-PIRT fellowship in 2017. Zac has been working on research projects with Joseph Cimpian (NYU Steinhardt) on topics including English learner classification and the effect of STEM Screened high school programs in NYC as well as work with Leanna Stiefel (NYU Wagner/Steinhardt) on special education. His current research interests focus on using quantitative methodology in education policy research, with an aim to understand inequity for disadvantaged populations, especially LGBTQ and racial/ethnic minorities. Zac was the former Sr. Associate of Research and Data Management at the Institute for Education and Social Policy (IESP) where the breadth of his work there aimed to understanding how in and out of school factors influence academic performance, attendance, meal participation, and student health— work with Amy Schwartz (Syracuse-Maxwell), Meryle Weinstein (NYU Steinhardt), and Brian Elbel (NYU Wagner/Langone). He earned his B.A. in Sociology from the University of Massachusetts—Amherst in 2013 and his M.A. in Applied Quantitative Research from NYU the following year.

Robin Neuhaus is a 3rd year doctoral student studying Early Childhood and Childhood Education in the Department of Teaching & Learning at NYU Steinhardt. She received a 4-year IES-PIRT fellowship in 2017. Broadly, her research interests include teacher and parent-child relationships and child anxiety disorders in early childhood. She is currently working on the INSIGHTS middle school follow-up study examining the impacts of a social emotional intervention implemented in kindergarten and first grade. She graduated from Washington University in St. Louis with a B.A. in Psychological and Brain Sciences and a minor in Children's Studies. Prior to NYU, she worked as an English teacher in Madrid in a preschool and primary school. Dr. Erin O'Connor is her advisor and research mentor.

Olga Pagan is a 3rd year doctoral student in the Psychology and Social Intervention program in the Department of Applied Psychology at NYU Steinhardt. She received a 4-year IES-PIRT fellowship in 2017. She is interested in studying the role that ethnic and racial identity in younger children play in their experiences of race-based trauma, and how interventions can mitigate the possible negative effects of such trauma. Previously, Olga graduated from Yale University with a B.A. in Psychology and from Stanford University with an M.A. in Elementary Education with a certificate in Bilingual Education. After earning her teaching credentials, Olga was a teacher and instructional coach in Denver for 5 years.

Jacob Schatz is a 3rd year doctoral student in the Development Psychology program in the Department of Applied Psychology at NYU Steinhardt. He received a 4-year IES-PIRT fellowship in 2017. Jacob received a BA in Psychology from Princeton University in 2015, where he studied how and what preschool-age children learn from various fictional narratives. Jacob worked for two years as a lab coordinator with Dr. Kathryn Hirsh-Pasek at the Temple University Infant and Child Lab, investigating the role of playful learning in a vocabulary intervention in Head Start preschools. At NYU, Jacob works with Dr. Cathie Tamis-LeMonda, pursuing his interests in adult-child contingent interactions, language development, and playful learning.

Fabian Barch received a 4-year fellowship in 2016 and is a 4th year PhD student in the Sociology of Education program in the Department of Applied Statistics, Social Science, and Humanities at NYU Steinhardt. His current research interests include access to educational opportunity, and prison-based education programs. He earned his Bachelor's degree at Washington University in St. Louis in May 2016, double majoring in Education Studies and French with a minor in Psychological and Brain Sciences.

Syeda Sana Fatima (Sana) received a 4-year fellowship in 2016 and is a 4th year PhD student at the NYU Wagner Graduate School of Public Service. She is a Graduate Assistant at the Institute for Education and Social Policy (IESP) where she is exploring the effects of student and neighborhood characteristics in shaping the special populations, in particular students with a disabilities, at the national and New York City-level. Her research interests lie at the intersection of education, health and labor economics. Prior to joining NYU, she worked as a researcher at the John J. Heldrich Center for Labor and Workforce Development (Rutgers University), as an analyst at Abt Associates Inc. and as an Economic and Community Development Research Assistant at the Federal Reserve Bank of Boston. She holds a Master of Arts degree in Economics from New York University (NYU). Her adviser and research mentor is Leanna Stiefel.

Jill Gandhi received a 4-year fellowship in 2016 and is a 4th year PhD student in the Developmental Psychology program in the Department of Applied Psychology at NYU Steinhardt. Jill primarily works with Dr. Cybele Raver as part of the Neuroscience and Education Lab. She is broadly interested in examining home- and school-based inputs on early childhood educational development, particularly to inform interventions with low-income families. Prior to attending NYU, Jill worked at the University of Chicago’s Behavioral Insights and Parenting Lab, where she coordinated parenting interventions in Head Start centers. Additionally, Jill taught Algebra at a public school in Jackson, Mississippi. She received her B.A. in Plan II Honors and Psychology from the University of Texas at Austin.

Nick Mark received a 4-year fellowship in 2016 and is a 4th year PhD student in Sociology at NYU GSAS. He is interested in education, inequality, stratification, social networks, and the organization of schooling. He received his B.A. in Economics from Johns Hopkins University in 2011, and went on to teach middle school in New Orleans from 2011-2015. Nick then returned to school to complete an MA in Politics and Education with Prof. Jeffrey Henig at Teachers College, Columbia University, before matriculating at NYU. He is currently working with Jennifer Jennings and Sean Corcoran to examine the effect of school choice on student mobility, the role of social networks in school choice, and the relationship between data use and teacher collaborative networks. organizations.

Sarah Rosenbach received a 4-year fellowship in 2016 and is a 4th year PhD student in the Psychology and Social Intervention program in the Department of Applied Psychology at NYU Steinhardt. Her current research interests include health and academic disparities faced by LGBTQ adolescents and school-based policies and programs focused on sexual orientation and gender identity. She has also contributed to measurement development work for the Ministry of Education of Colombia. In addition to her academic pursuits, Sarah sits on the volunteer board of the New York City chapter of GLSEN, a national nonprofit that works to ensure safe schools for all students, regardless of sexual orientation and gender identity. Sarah holds a Bachelor of Arts in Psychology with a minor in Mathematics from the University of Pennsylvania. Her primary mentor is Dr. Hiro Yoshikawa. 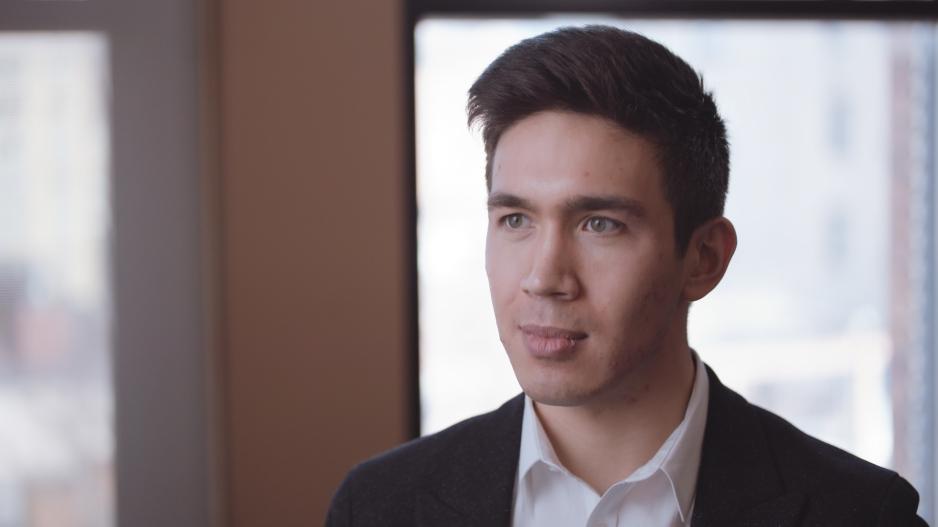 Explore our list of talented and accomplished IES-PIRT alumni.

Read More
Privacy Policy Accessibility
This site, and all its contents, are Copyright © 2020 by New York University. All rights reserved