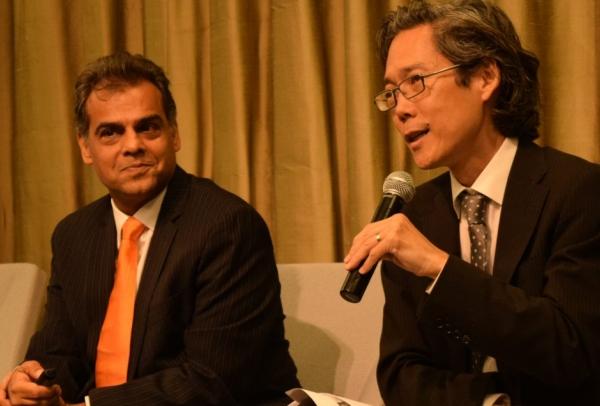 Cradle to Kindergarten: A New Plan to Combat Inequality, puts forward a comprehensive, research-driven policy strategy to invest in early-childhood education, provide opportunities for American families, and reduce inequality. The authors, Dr. Ajay Chaudry, Dr. Taryn Morrissey, Dr. Chistina Weiland, and Dr. Hiro Yoshikawa, present an ambitious plan that includes paid parental leave, child-care guarantees for working families with young children, universal early education starting at age 3, and reimagining a Head Start program focused on children under age 3. In 2017, IHDSC spoke to Dr. Ajay Chaudry and Dr. Hiro Yoshikawa about their interdisciplinary approach to research and policy recommendations, as well as how local, state, and federal officials have reacted to their proposals. The conversation was edited for clarity and length.

Dr. Ajay Chaudry: There are a good deal of reports and books on Pre-K and about paid leave, but the fact that we talk about how those four policies come together to be a cohesive policy has been well received. We believe what we suggest will work best if it’s done comprehensively at a federal level so that it doesn’t exacerbate inequality.

Dr. Hiro Yoshikawa: I think we put enough detail into each one of these proposals so that you could read them on their own and if you made a decision that this year there’s a pot of money and this is what we’re going to put it into, there are details about how to improve the quality of systems and not just whether to design a system in a certain way.

Are there specific proposals or chapters that governments have latched onto more than others? Are they coming to you with the whole plan in mind or are they really concentrating on specific pieces?

Chaudry: In the whole time we were writing the book, the area that seemed to be getting the most attention was public preschool. But with the election, and maybe even with the campaign moving into the election, the two issues that have gotten the most attention have been paid family leave and childcare. It’s been seen more as an issue around what a whole family needs, and around inequality and support for the type of economy we need for workers and kids.

As Hiro said, while individual chapters can stand on their own, by providing the whole framework, it makes sure that people think about the other elements when they’re designing preschool interventions. That’s one of the things we felt was missing before, not only was there not a comprehensive framework, but people would dive in and think about preschool expansion, and you’d say “what does that mean for X when it comes to childcare, or how will that work?” The book pushes you to consider those other levels.

Yoshikawa: Beyond government, advocacy organizations are a key audience. What they’ve told us is that this book provides, in one place, a long term vision for what they want to be pressing for. On that level of goal setting it was nice to hear from advocacy organizations that they literally said this book could be something we think of as a 10 year set of goals for our state that we want to hold our policy makers accountable to.

How are parents, families, and teachers reacting to your plan?

Chaudry: I presented to the San Francisco provider community, both childcare providers, teachers, family child-care providers, and there was a great deal of interest. Both advocacy, government, parents, providers, have really been heartened by the idea of a big, bold, large vision that is beyond the incremental “let’s get a 10% increase in payment rates.” I think now people are saying to us “we really like that the vision is big.” One thing we’ve heard from parents when they’ve attended events is “oh, it’s great that you talk about how these needs overlap.” Meaning, I might have my child in preschool but I work nights, I would need childcare too. We’re thinking of what families actually need.

Your strategies highlight choice, flexibility, and interconnection. As a result, it has a potential for bipartisan appeal.

Yoshikawa: That was intentional.

Chaudry: On preschool, the states that have led — Oklahoma, Georgia, West Virginia — are not traditionally deep blue states. Preparing the workforce, that is not something that is a partisan issue. All the things we push for in the book are things that we believe the country needs for economic growth.

Your book is cross-sectoral and cross-disciplinary throughout, linking childcare and early child development to parental workforce issues. Is there a specific background on why that happened or did it naturally develop as you began to write and connect different pieces of policy and research together?

Yoshikawa: It’s a long standing tension within this field: is childcare a work support or is it for kids? Historically, and even in a lot of other countries, childcare is first viewed as a support for employment and we wanted to make the case that you have to take both things into account. A comprehensive set of policies for early childhood must take into account not only parental employment and child development, but also must include economic security for the family.

Chaudry: One of the the things that led to this interdisciplinary writing style and considering arguments from child development, economics, public policy, sociology, politics, is the four of us working on this together. Hiro and Chris Weiland knew the educational system and what it meant to link to educational arguments. Taryn has a wealth of knowledge on health policy and a range of work-family policy issues. Both Taryn and I had done very applied work in governments and knew what those arguments were, so I think it was much stronger for having the cross-disciplinary backgrounds that we all brought to this. As challenging as it is to write as a team, there’s also the great benefit that comes from having a variety of perspectives inform the argument.

Yoshikawa: I think that’s a real strength of the book and I feel that I learned a lot from the real nitty gritty details of costing out the policies, which are in small print in the back of the book. (laughs)

Visit the The Russell Sage Foundation to learn more about Cradle to Kindergarten: A New Plan to Combat Inequality. 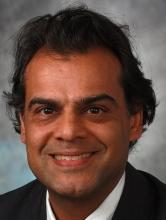 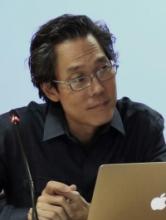 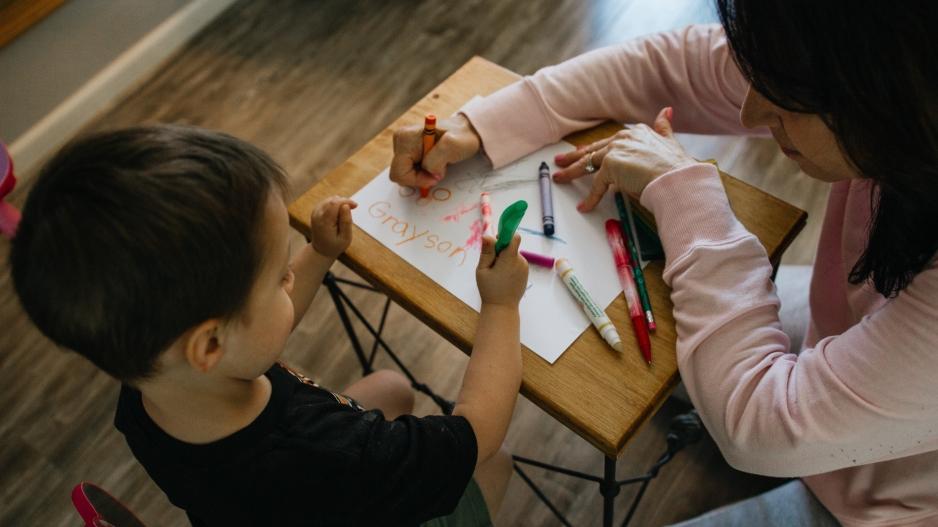 Why Some Parents Choose “Lower Quality” Childcare — And That's OK

For many parents, the researcher-approved definition of "quality" may not align with their personal definitions of quality or, importantly, their childcare needs. 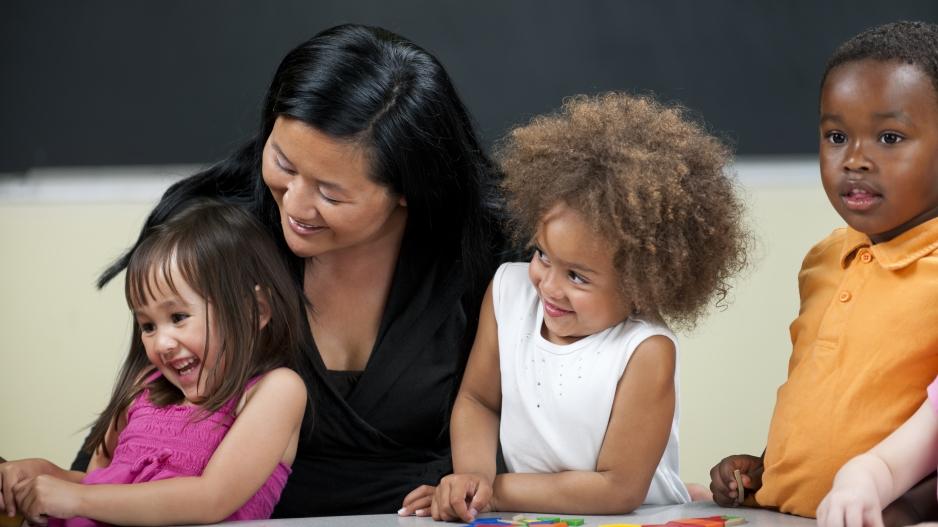 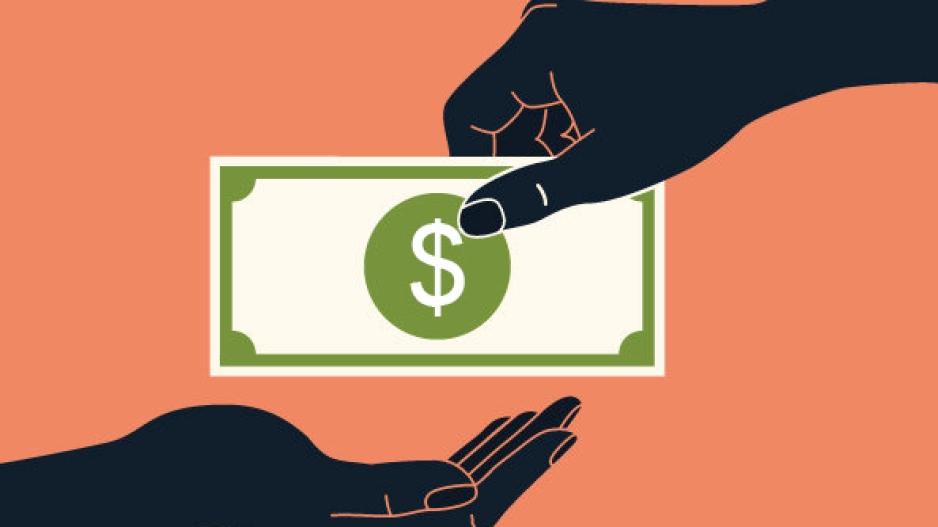 The COVID pandemic has created both a public health emergency and a gigantic financial shock. Millions of people have lost their livelihoods. People need cash to support themselves and their loved ones, and this pandemic brings to the fore a policy set of responses that Dr. Lisa Gennetian and Dr. Daniela Del Boca have worked on for many years. Dr. Lawrence Aber recently spoke with Drs. Del Boca and Gennetian about their cash transfer research and the context of their work.