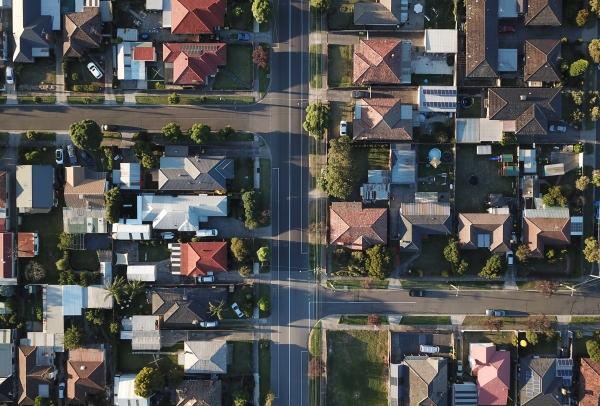 The State of Black Suburbs

Dr. L'Heureux Lewis-McCoy, Dr. Kimberley Johnson, and PhD candidate Kiara Douds gave a presentation to the Strategies for Reducing Inequality working group on their research, funded by the IHDSC Seed Award Program. The transcript of their presentation was edited for clarity and length.

R. L'Heureux Lewis-McCoy: Black suburbs aren't always the first thing that come to mind when people think about suburbs because of the deep history of racialization that exists around suburban space. By “racialization” I mean a history of segregation, redlining, and violence that limited access to suburban spaces for Black families throughout the 20th century. When most people think about Black in the suburbs, they think about a painting by Norman Rockwell from 1967 entitled “New Kids in the Neighborhood.” The subtitle was “Negro in the Suburb.” For many folks, when I start to talk about the Black suburban experience, they think that it's this moment of meeting of white and Black, of distance coming together. But there's a far more nuanced and complicated reality that we face in Black suburban space.

The Black suburban experience exists on February 26 in 2012. It exists on August 9th in 2014. It exists on August 1st in 2016. Those dates themselves may not signify anything to you, but when we put them in the context of the moment, when we look at Sanford, Florida in 2012, when Trayvon Martin in a suburb of Orlando was killed by George Zimmerman; when we look to Ferguson, Missouri, a suburb of St. Louis, where Michael Brown was killed; when we look to Randallstown, Maryland, a suburb of Baltimore, where Korryn Gaines was killed; we actually see that the experience of Black people living in the suburbs, and in particular, suburbs that are Black,, we see something quite different.

Our hope is to not only complicate our understanding of suburban experience, but also raise new questions. Contemporary estimates find that 51% of Black residents live in suburban communities. The majority of Black students are educated in suburban schools and the majority of students of color are educated there. For far too long, our discussion of race and place has centered on the city. The Harlem Renaissance and the New Negro Movement changed our lens from the South to the North. There is more that we need to be looking at to capture the story of Black people in the United States. Our hope is that we'll gain a greater understanding of an under examined social space that connects our lives via race, space, and class.

Kimberley Johnson: Looking at these Black suburban spaces tells us not only about these spaces themselves, but about broader theories that we have about experiences of assimilation or theories about metropolitan governance, that we don't really know because we haven't really looked at these spaces. We approach this project in an interdisciplinary fashion, crossing sociology, political science, planning, demography, economics, as well as being multi-sited, as we understand and know that regions of the United States vary. We have a multi-pronged approach, which is both a survey approach as well as interviews. Talking to the people who live in these spaces as well as really a deep dive of talking to local officials, both elected and non-elected, about what's going on in these spaces. What we're really interested in thinking about is governance. What is happening? Black suburbs tend to spend more on certain kinds of social services than non-Black suburbs. We know that Black suburbs have been the focus of predatory lending. They tend to have higher tax rates, higher tax burdens. We know that there are issues of policing that are occurring in the suburbs that we haven't really thought about before. We're also thinking about ways in which Black people are creating these spaces of their own. How do they think about being in the suburbs, and how is this different from being in a core central city?

We define a Black suburb as essentially a suburb that is at least 25% Black, meaning native born African American or immigrant. Why 25%? Again, this is based on our multidisciplinary approach. If you look at, for example, planning and geography studies, there have been a number of quantitative studies that have clustered and created typologies of suburbs, and what they’ve found is that essentially Black suburbs are distinct entities in and of themselves. They found that Black suburbs emerge as a distinctive cluster at around the 25% level. Political science literature, which has looked at minority representation, particularly political influence districts, has shown that African Americans and other minorities exert a particular political effect at around the 25% population level. Economics and sociology literature on tipping points show that population change usually begins around 25%. It doesn't necessarily have to end up a majority Black space, but certainly there's this understanding that at around 25 to 30% the sense of a special identity does change.

Kiara Douds: Our present analysis is an empirical analysis to understand the state of Black suburbs today to inform our future data collection. We define suburbs as many demographers and other social scientists do: census places that are located in metropolitan areas, but are not the central city or the largest city in the metropolitan area. We like census places because they are socially meaningful and recognizable by name to most residents. They often comport with people's understanding of different suburban communities in their metropolitan area. And they also capture the governmental and municipal variation that suburbs take on. They capture both incorporated suburban communities, as well as unincorporated suburban communities. We are limiting our analysis to the 100 largest metropolitan areas for the time point that we study and we are drawing on both census data spanning 1990 to 2010, as well as American community survey estimates from 2014 to 2018.

Johnson: Data that we're looking at starts in 1990, but I want to note that Black suburbs have been around since the beginnings of suburbanization in the United States. Certainly there were Black settlements and Black enclaves in suburban spaces in the late 19th and early 20th century. The remarkable thing about Black suburbanization has been its growth, not only alongside this sort of post-World war two massive suburbanization, but really taking off in the wake of the fair housing act in 1968, so much so that by 1990 there were around 600 or so Black suburbs nationwide. The really interesting insight is the massive growth in the early two thousands between 2000 and 2010, so much so that we end up with around 900 black suburbs by 2018 or so. That growth has been fairly steady. What's driving this growth is certainly one question, but again, we're interested in what happens once Blacks emerge and live in these suburban spaces.

Douds: What we’ve found is that there is a lot of variation in the experiences and the context that people are finding themselves in Black suburbs. Socioeconomically, we find that they are actually quite varied, and we also see a lot of variation with respect to the racial composition of Black suburbs. Counter to stereotypes — that people think of Black suburbs as being all Black or nearly all Black — we find that black suburbs really feature a wide array of racial compositions. But what we find is that above that 25% mark, suburban communities in America are sustaining Black populations of all proportions across long periods of time.

There is this literature on tipping points that's typically been done at the neighborhood level. We're doing something a little bit different. We're looking at the municipality level and city level. The idea in this literature is that once a neighborhood reaches, maybe 25% Black, that there's a tipping point that happens, when other racial groups, particularly whites, will flee, and then the neighborhood or area flips to become mostly Black or majority Black. Coming into this, we expected Black suburbs to have a bi-modal distribution or be clustered, maybe on a small percentage Black, around 25%, or be mostly 80% or more Black Instead we're seeing just as many suburbs that are 40% Black as 80% Black.

That is in contrast to what we would expect from this tipping point literature. We haven't done a sub-suburb analysis yet looking at segregation within the suburbs. That's where we're also going next. But I think it is interesting that, at least at this municipal level, we're not seeing the sort of patterns that we would expect from this tipping point expectation that once a suburb starts to become Black, it's going to flip to be almost all Black.

Johnson: I would like to start reframing this to not necessarily talk about flight, but mobility. People move to different spaces for different reasons. Blacks moving from a core area to a suburban area is not necessarily because they're being pushed out, either because of fear of crime or because they're being displaced by gentrification, but also that it's an affirmative choice that there is something about living in a single family house outside of the city. They’re creating a stable place that they can control, a place in which hopefully intergenerational wealth can be created. I really want to think more about suburban spaces as not simply a last resort choice, but actually as an affirmative choice, and then frame the conversation of what's happening within these spaces within a politics of choice.

Lewis-McCoy: We know that when people are migrating out to the suburbs, not all spaces are equally accessible. We also know that you can look at a place like Oak Park outside of Chicago, which frames itself as embracing the project of racial integration and trying to be stably integrated, it skips past the earlier history in which the first Black residents to move in were firebombed. Understanding how local areas respond to in-frame racial terrorism in the creation of the spaces where they are contemporarily is important.. Sometimes you will find this space that seems to be the epitome of what someone defined as “the melting pot,” but it's occurred through multiple iterations of not only residential movement, but framing the space in a particular way. You can think about areas outside of New York city. You could look at Yonkers, which undergoes a longstanding racial transformation. It gets found to be in violation of segregation, in schools and housing, and technically desegregates schools on paper. Those schools are very much segregated. There are a lot of competing dimensions, not only notions of mobility and desire where you live, but also openness, and how different municipalities respond to questions of change and difference. 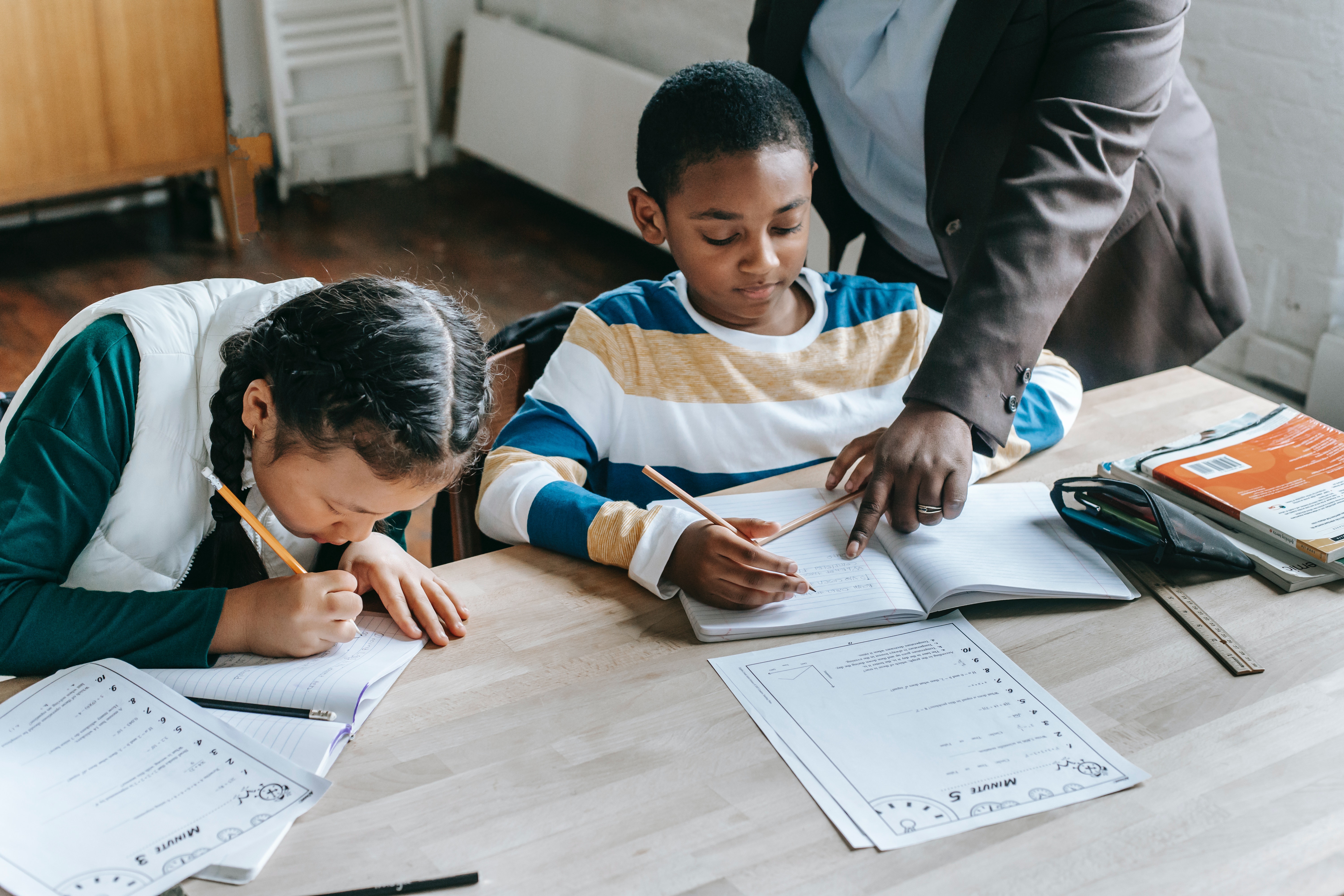 How do different spaces feel to people of different races? Take schools, for example: Who are on the posters in the hallway? Who is on the honor roll? What are the disciplinary codes? To whom are they applied? These aspects of spaces (and more) contribute to the concept of racial ecology. On the Ground interviewed Dr. Diane Hughes and IES-PIRT Fellow Olga Pagán to discuss their ongoing scholarship on race and racial ecology. 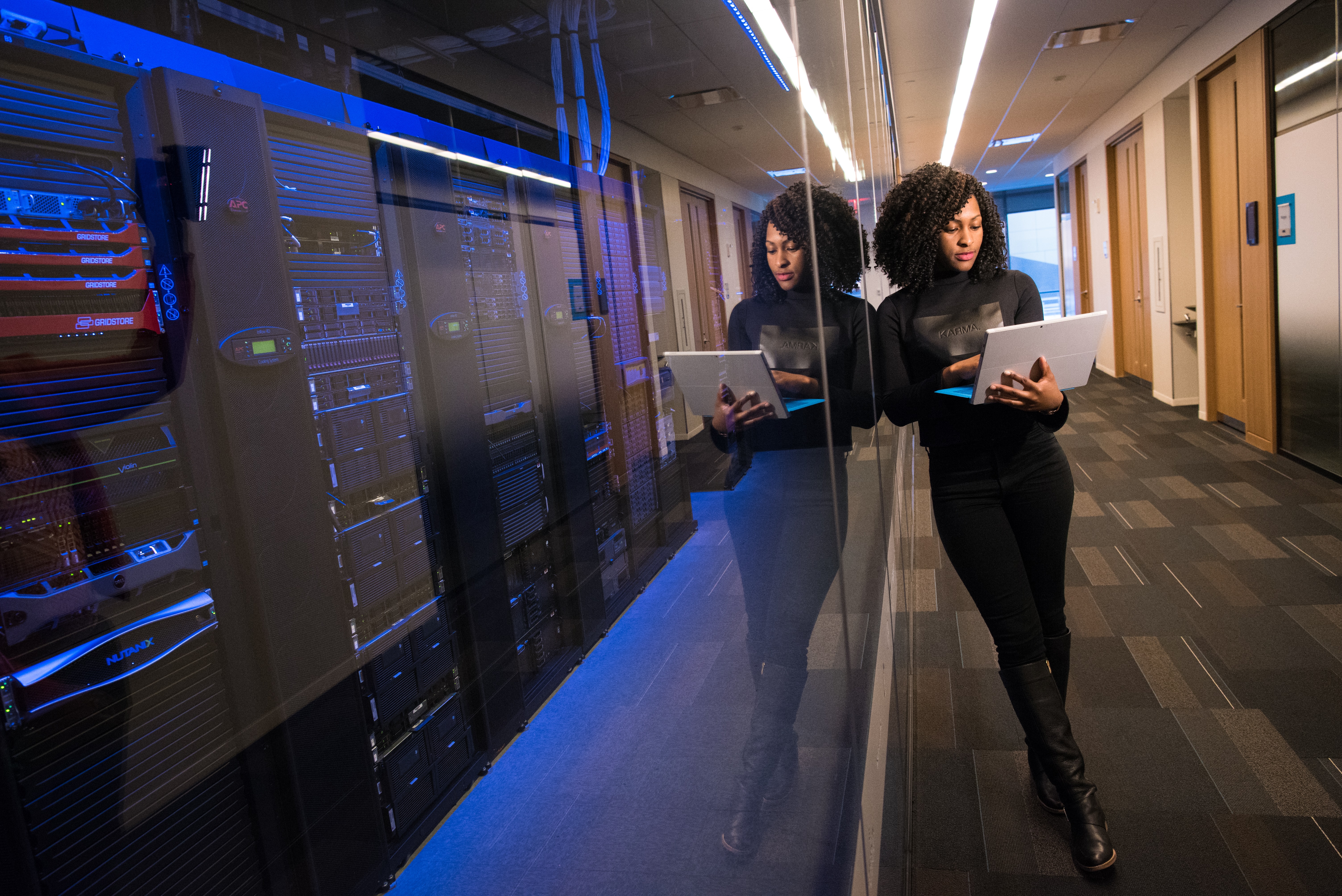 In 2020, Dr. Rachel Atkins received a grant from the Kauffman Foundation to fund the development of the Workshop for Advancement of Research on Racial Equity in Technology Entrepreneurship, through the Center for Critical Race and Digital Studies (a center within IHDSC). On the Ground interviewed Dr. Atkins about what inspired her project and how the research community can contribute to the workshop going forward.