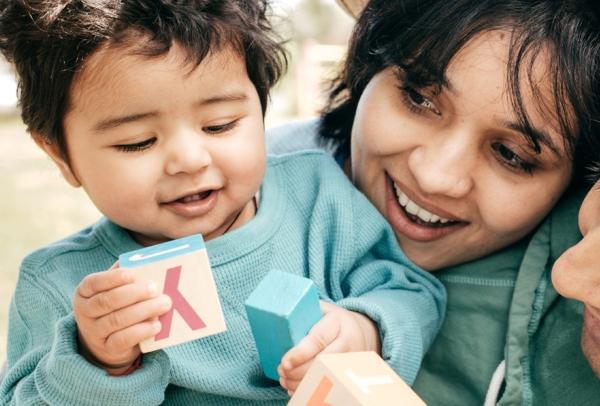 Approaches to Protect Children's Access to Health and Human Services

Changes in U.S. immigration policy and enforcement priorities since January 2017 have led more mixed-status immigration families to live in a climate of fear and anxiety.

In October 2018, the Trump administration proposed to use executive rule-making authority to change the definition of 'public charge' from someone who is “primarily dependent on the government for their subsistence” to “someone who uses one or more public benefits” in health, nutrition, or housing.

The proposed U.S. Department of Homeland Security regulation is remarkably broad and would expand the designation of public charge to include the receipt of benefits for most-Medicaid covered care, nutrition, and housing assistance that millions of immigrant working families with children use to supplement their earnings to support the well-being of their families.

This proposed policy change builds on the already high levels of family stress and risk of developmental disruption for children in mixed-status families (Brabeck, Sibley, Tuabin, & Murcia, 2016; Yoshikawa, 2011). These have grown over the prior dozen years as federal immigration enforcement and resultant detentions and deportations significantly increased the actuality and potential of family separations.

Under the proposed change, all immigrants seeking legal permanent resident status would be at risk of denial of admission or receiving a green card if they use Supplemental Nutrition Assistance Program (SNAP, or food stamps), Medicaid, the Children's Health Insurance Program (CHIP), or similar public programs.

The report is funded by the generous support of the William T. Grant Foundation.

Changes in U.S. immigration policy and enforcement priorities since January 2017 have led more mixed-status immigration families to live in a growing climate of fear and anxiety. Several states and cities have sought to implement mitigating strategies to protect or limit the impacts on access to WIC, SNAP and Medicaid/CHIP, with particular concern for U.S. citizen children who are typically eligible for these programs when in low-income, mixed-status households. The following strategies are outlined in the report and have been implemented by at least one jurisdiction and/or in some cases by community-based organizations:

Hirokazu Yoshikawa, Ph.D. is the Courtney Sale Ross Professor of Globalization and Education at NYU Steinhardt and a University Professor at NYU. He co-directs the NYU Global TIES for Children Center within the Institute of Human Development and Social Change. He is a community and developmental psychologist who studies the effects of public policies and programs related to immigration, early childhood, and poverty reduction on children's development. He conducts research in the United States and in low- and middle-income countries. His recent books include Cradle to Kindergarten: A New Plan to Combat Inequality (with Ajay Chaudry, Taryn Morrissey, and Christina Weiland, 2017) and Immigrants Raising Citizens: Undocumented Parents and Their Young Children (2011). He is an elected member of the National Academy of Education and the American Academy of Political and Social Sciences.

Ajay Chaudry, Ph.D. is a research scholar at New York University's Institute for Human Development and Social Change and the Robert F. Wagner Graduate School of Public Services. He conducts policy research and analysis on child poverty, childrenís well-being and development, the social safety net, and immigration.  Chaudry served as Deputy Assistant Secretary for Human Services Policy at the U.S. Department of Health and Human Services (2012-15) in the administration of President Barack Obama, and as Deputy Commissioner for Early Childhood Development at the NYC Administration for Children Services (2004-06). He has also been a Senior Fellow & Director of the Center on Labor, Human Services, and Population at the Urban Institute (2007-12), faculty member at the New School for Social Research School of Management and Urban Policy (1992-2004). He is the author of Putting Children First: How Low-wage Working Mothers Manage Childcare, and co-author of Cradle to Kindergarten: A New Plan to Combat Inequality.

Sarah A. Rendón García is a fourth-year doctoral candidate in education, concentrating in Human Development, Learning, and Teaching, at the Harvard Graduate School of Arts and Sciences. In her research she employs a social-emotional learning framework and dual-generation approach to examine the well-being of families originating from Latin America and impacted by immigration status. Her dissertation focuses on the relationships between child development, the caregiver-child relationship, and children's understanding of immigration status. Prior to enrolling at Harvard, she worked for Child First, an early childhood, home visiting program in Connecticut. She was also actively involved in youth community work through her local Horizons Enrichment High School Program and Connecticut Students for a Dream. Sarah holds an Ed.M. in Prevention Science and Practice from the Harvard Graduate School of Education and a B.A. in Psychology and French from College of the Holy Cross.

Heather Koball, Ph.D. is the acting director of the National Center for Children in Poverty and assistant professor in the Mailman School of Public Health at Columbia University. In her 20+ year career, she has focused on actionable research on the impact of state policies on low-income families and children. Her current focus is the impact of immigrant-relevant state policies on the well-being of children of immigrants. She recently led a large qualitative study, funded by the U.S. department of Health and Human Services, of the well-being of U.S. citizen children across the U.S. whose immigrant parents have been deported. Her other areas of research include the implementation of state paid family leave laws, access to services among people with intellectual and developmental disabilities, and the interaction of public benefits within the social safety net. Prior to joining Columbia, Koball was a Senior Fellow at the Urban Institute and a Senior Researcher at Mathematica Policy Research.

Trenel E. Francis is a third-year doctoral student in the Psychology and Social Intervention (PSI) program at NYU Steinhardt School of Culture, Education, and Human Development, Department of Applied Psychology. Her current research interests include exploring and understanding parental academic expectations, parental involvement, and other academic socialization practices among racial-ethnic minority and immigrant families with an anti-deficit lens. Specifically, in her work, she examines how these parental expectations, beliefs, and practices influence adolescents' academic outcomes. At NYU, Trenel works alongside Dr. Diane L. Hughes on a longitudinal, mixed methods study that explores how early adolescents learn race. Trenel has a Bachelor's of Science with Honors in Human Development and minor in education from Cornell University.