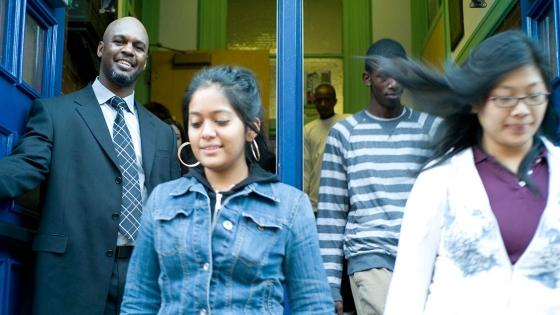 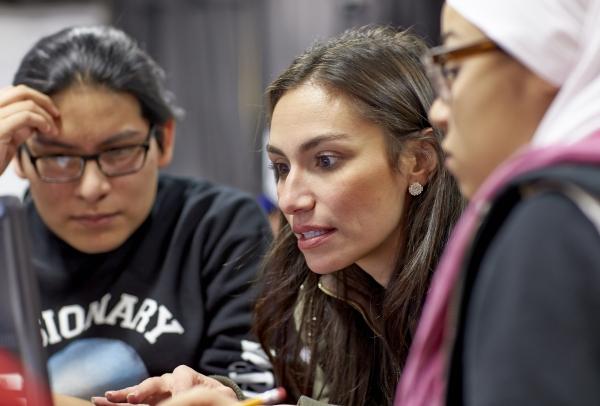 Resources for Families and Students

Being informed makes for better decision-making. The resources listed below are compiled for families of English Language Learners and students whose home language is other than English.  All of these resources are translated into one or more other than the English language.  We hope that the important information about your rights would help you make decisions for your children.

If you need more information about your rights, please feel free to contact the New York State English Language Learner Parent Hotline via telephone at (800-469-8224) or via email at nysparenthotline@nyu.edu

Why Parents Choose Bilingual Education (videos)
This video shares parents’ views about why they chose bilingual programs and how their choices impact their children’s education and their families’ experiences overall. The video is available in Chinese, English, and Spanish.

New York State Identification Test for English Language Learners (NYSITELL)
The purpose of the NYSITELL is to assess the English language level of new students whose home or primary language is other than English. Your child’s score on the NYSITELL (Entering, Emerging, Transitioning, Expanding, or Commanding) will determine if he or she is entitled to receive English Language Learner (ELL) services and will determine the level of English language support. The results will also help teachers plan the best program for your child based on his or her strengths and needs in listening, speaking, reading, and writing in English. A guide to this assessment is available in Albanian, Arabic, Bengali, Burmese, Chinese (simplified), Chinese (traditional), English, French, Haitian, Hindi, Japanese, Karen, Korean, Nepali, Portuguese, Punjabi, Russian, Somali, Spanish, Swahili, Ukrainian, Urdu, and Uzbek.

New York State English as a Second Language Achievement Test (NYSESLAT)
The NYSESLAT is given annually to all students who are identified as English Language Learners (ELLs). The purpose of the NYSESLAT is to assess the English language proficiency level of ELLs enrolled in Grades K–12 in New York State schools. The test gives the state, schools, parents, and teachers important information about the English language development of ELLs and MLs. A guide to this assessment is available in Albanian, Arabic, Bengali, Burmese, Chinese (simplified), Chinese (traditional), English, French, Haitian, Hindi, Japanese, Karen, Korean, Nepali, Portuguese, Punjabi, Russian, Somali, Spanish, Swahili, Ukrainian, and Urdu.

Parent Guide to Understanding the NYSESLAT Score Report
This document is intended to help families, students, educators, and the public to better understand the New York State English as a Second Language Achievement Test (NYSESLAT) and interpret the 2017 NYSESLAT Score Report for each English Language Learner (ELL).  It is available in Arabic, Bengali, Chinese, English, Russian, and Spanish.

Roadmap to College for English Language Learners
This tri-fold brochure provides families and students with information about the steps in preparing for college. It is available in Arabic, Bengali, English, French, Haitian, Karen, Russian, Spanish, and Urdu.

NYSED a Guide to Understanding the New Rules for School Registration
This New York State Education guide provides basic information for parents and families on how to register for their children in a New York State school.  This guide is available in English and Spanish.

Starting School in the United States: A Guide for Newcomer Students' Families
This Guide provides answers to many questions newcomer families may have about the U.S. education system. It is available in Arabic, English, Somali, and Spanish.

Working with Special Needs Students Remotely (3 videos)
This 3-part webinar series is dedicated to parents and families of multilingual learners with disabilities. Parents and families will learn about how they can support their children remotely:

This series is available in Arabic, Bengali, Chinese, English, Russian, and Spanish.

Mindfulness and Conflict Resolution During a Time of Crisis
This 6-part webinar series is dedicated to parents and families of multilingual learners.  Parents and families will learn strategies to deal with their children during times of disruption and crisis:

A Parent's Guide to Response to Intervention
This pamphlet provides parents, families and others with information regarding Response to Intervention (RtI).  RtI is a process used in schools to provide well-designed instruction, closely monitor all students’ progress and provide additional instructional support to students who are struggling. It is available in Chinese, English, Haitian, Korean, Russian, and Spanish.