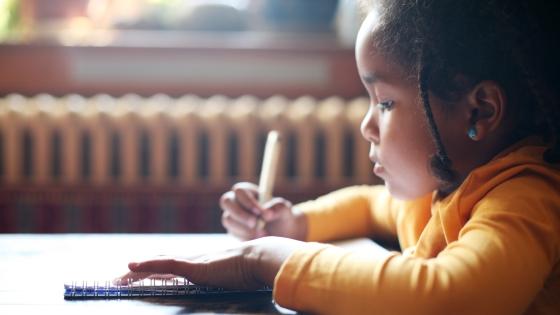 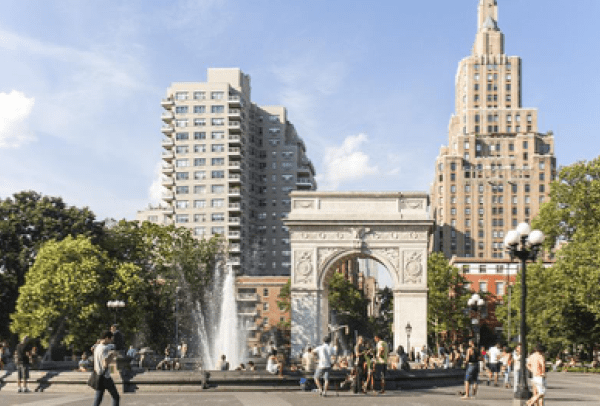 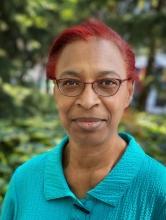 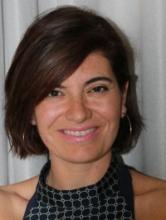 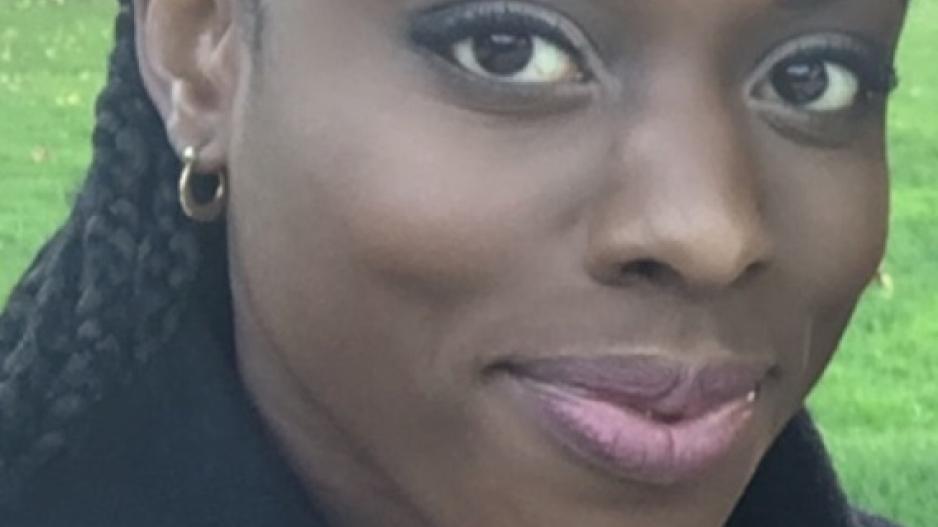 Fiyin Adesina (fda235@nyu.edu ) is master’s candidate in the Human Development and Social Intervention program at NYU.  She received a Bachelor’s degree in Psychology (Hons.) from the University of New South Wales in Sydney, Australia. She is a research team member in the playLabNYU, also working as a field-based data collector for the Early Experiences Matter: Follow-Up RCT project.

Her research interests include understanding the developmental trajectories of young children living in urban poverty. Specifically, her thesis examines the role of parental involvement in fostering the social-emotional development of preschoolers from low-income, urban, minority communities, who exhibit problem behaviors. 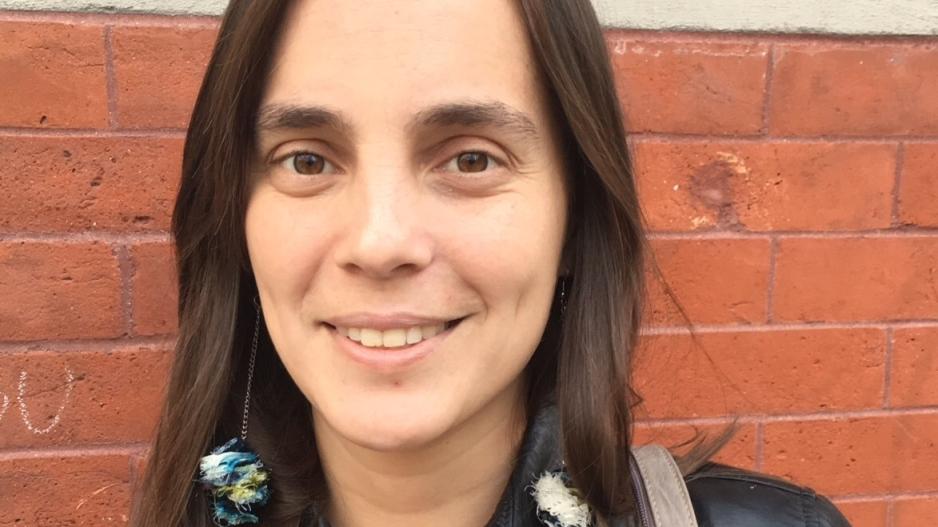 Tatiana Bacigalupe (tb1503@nyu.edu) is currently working as a research affiliate with the Child and Family Policy Center (CFPC) at NYU, training NYC and NYS preschool teachers in implementing the authentic assessment tools in their preschool classroom. She is also a PhD candidate at the Administration and Leadership program at Steinhardt School of Culture, Education, and Human Development. As an Early Childhood Teacher and graduated from Bank Street College of Education (M.S in Education) her research interests are primary focused on early childhood education and early childhood teachers training and education, particularly in understanding the work of teachers and how they develop meaningful learning experiences for young children. She has been very delighted to be working on the CFPC to learn about early childhood teachers experiences. In the future she would like to work with early childhood teachers at the university and college levels. 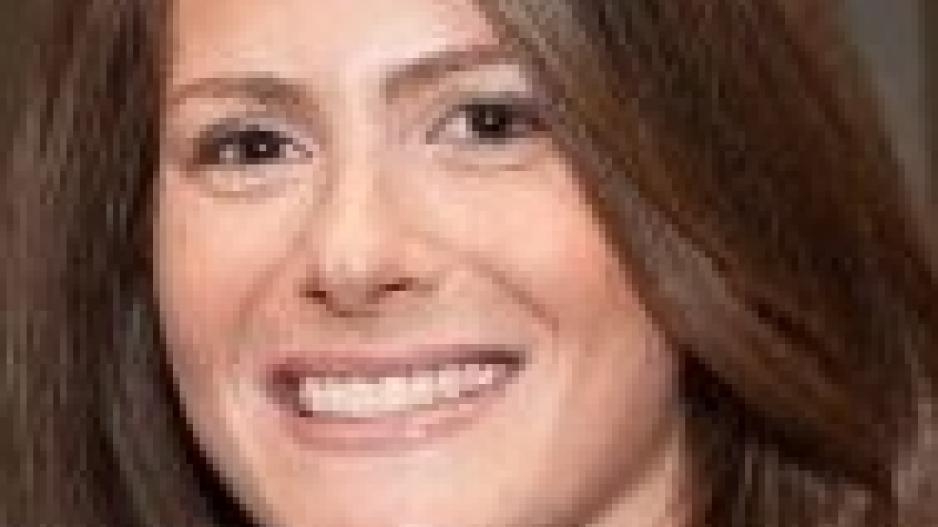 Una Dunphy (udunphy@gmail.com) began working at the Child and Family Policy Center in 2016. Una has worked as a teacher at the Elementary and Preschool levels in both public and private school settings. She has completed graduate work in Elementary Education and Early Childhood Education, with interests in Child Development and Reading Readiness. Una has worked with various agencies throughout New York City (including QualityStars, Right to Play and The Robin Hood Foundation) on Early Childhood Education improvement projects. She is passionate about finding ways to create high-quality learning environments for all children and is excited to be a part of the team at the CFPC. 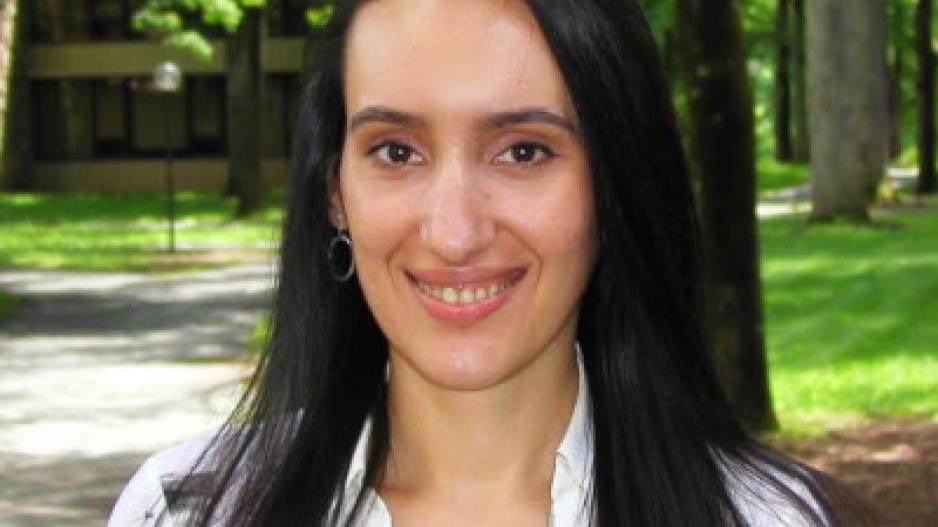 Kalina Gjicali (Kg1317@nyu.edu)  is a doctoral student in Educational Psychology at The Graduate Center CUNY and is currently a Jr. Research Scientist at playLab. Prior to her doctoral studies, she completed her M.A. at Teachers College, Columbia University in Cognitive Studies in Education and her B.A. at Hunter College in Psychology and Sociology. Kalina is an immigrant from Albania who experienced school as an English language learner. Throughout her years in public school systems, she found comfort in the subject of mathematics since mathematical number symbols are a universal language. Suitably, her research focuses on the impact of cognitive (e.g., language comprehension) and social-cognitive constructs (e.g., attitudes, norms) on mathematics learning for ethnically diverse and language minority children. She uses advanced quantitative statistical methods to understand the influence of such factors on early numeracy competencies in the childhood years and mathematics performance in adolescence. Currently, she is working on a research project that explores the relationship between early language comprehension and numeracy skills of children from low-income families living in urban communities. 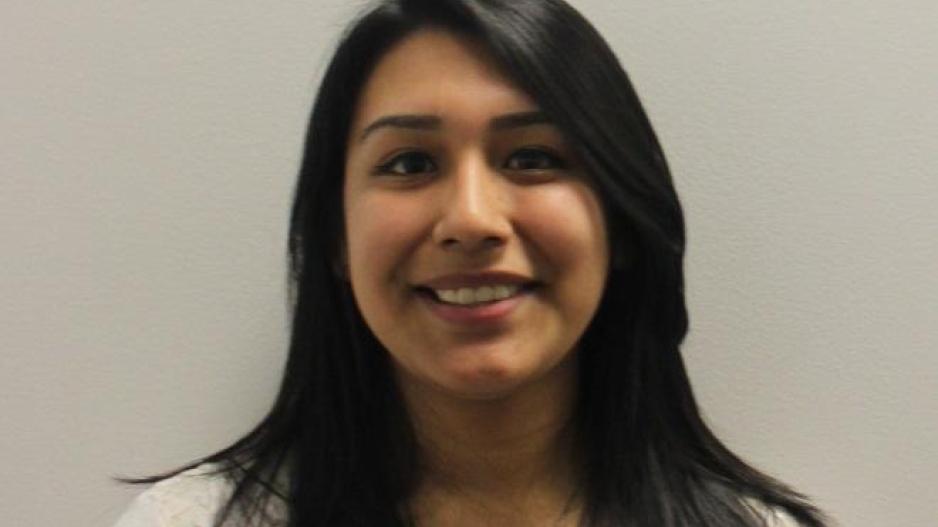 Janet Gomez (janetgomez128@gmail.com) is pursuing a Bachelor’s Degree in Psychology with a minor in Women Gender Studies at Hunter College, City University of New York. She joined playLabNYU in Winter 2017. As part of her work in the research team, she supports retention efforts and ongoing field work for the longitudinal RCT evaluation and data entry across different projects. Her interests include resilience in low-income Hispanic/Latino children and academic success.  In the future, she wishes to attend graduate school for School Counseling.

Dipana Jain has been working at the Child and Family Policy Center since 2016, supporting the implementation of authentic assessment in NYC and NYS preschool classrooms. She has conducted quantitative and qualitative data analyses while on the team, with the ultimate goal of improving education for preschool children and professional development for teachers and administrators. She is passionate about expanding access to equal resources for all children as she pursues graduate studies and beyond. 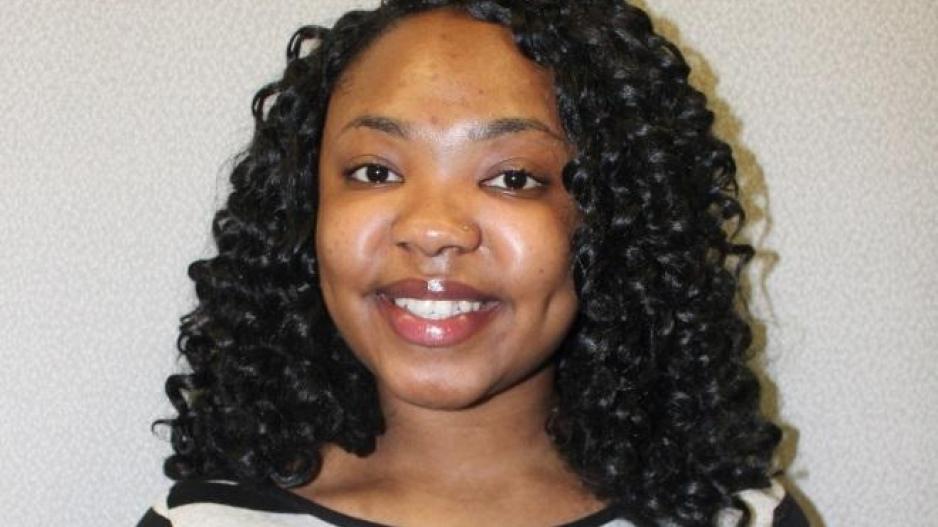 Marie Jean Francios (marienjf@yahoo.com) received her Bachelor's degree in Psychology from The City College of New York, CUNY. She recently got accepted into The School Psychology graduate program at Brooklyn College where she will begin her graduate work in the fall of 2017. She currently is a research team member at the playLabNYU working as a field-based data collector and supports retention efforts for the Early Experiences Matter Follow-Up RCT project. 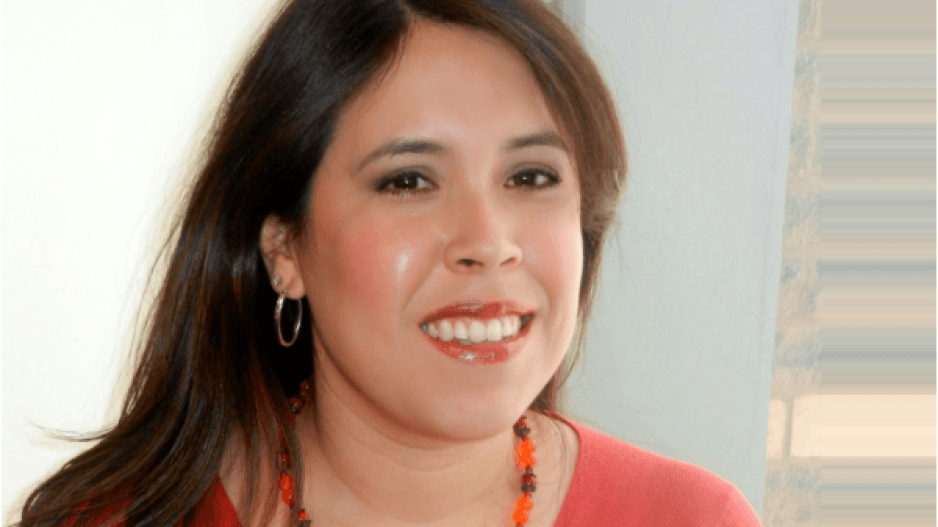 Cristina Medellin-Paz, Ph.D. (cm1800@nyu.edu) is currently a Jr. Research Scientist at the Child and Family Policy Center and Play Scholar at the playLab. Her work focuses on exploring opportunities for play-based experiences in urban early childhood classrooms using the Early Childhood Time-Use in Schools-Profile. Her research interests center on identifying effective strategies for incorporating playful opportunities in early childhood classrooms that serve diverse low-income children through research and professional development. She has a specific interest in understanding the role of play in meeting the needs of Latino communities.  Rather than focusing on the gaps in school readiness and opportunities for play, her work takes a strengths-based approach to examine the role of culture and context in understanding how development unfolds within different settings. 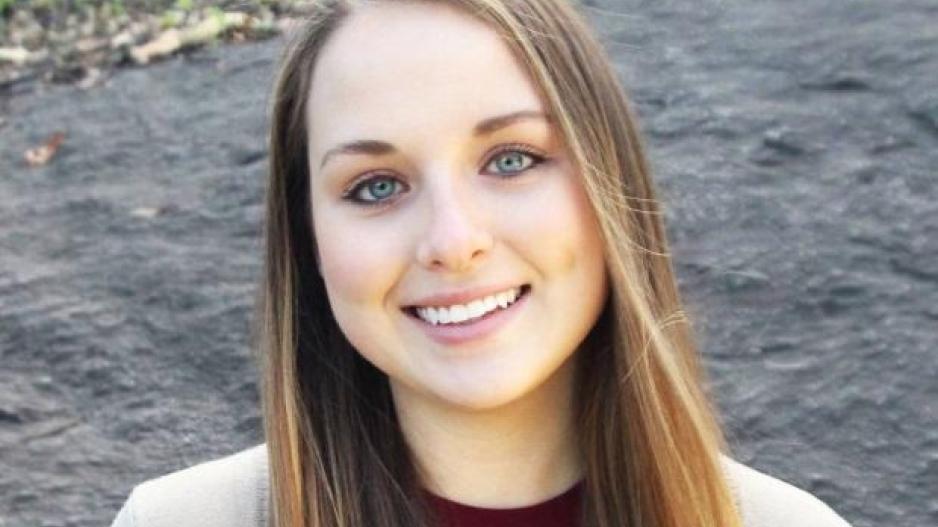 Olivia Peterkin (opp205@nyu.edu) is currently a Senior majoring in Teaching Biology Grades 7-12 in NYU Steinhardt's Teaching and Learning program. Olivia is a field and team researcher at playLabNYU. Specifically, Olivia works to support the team's research on kindergarten students' early civic engagement as well as early intervention research, exploring how play-based intervention impacts school-readiness skills and early child development. She aims to pursue her PhD in education when she graduates. 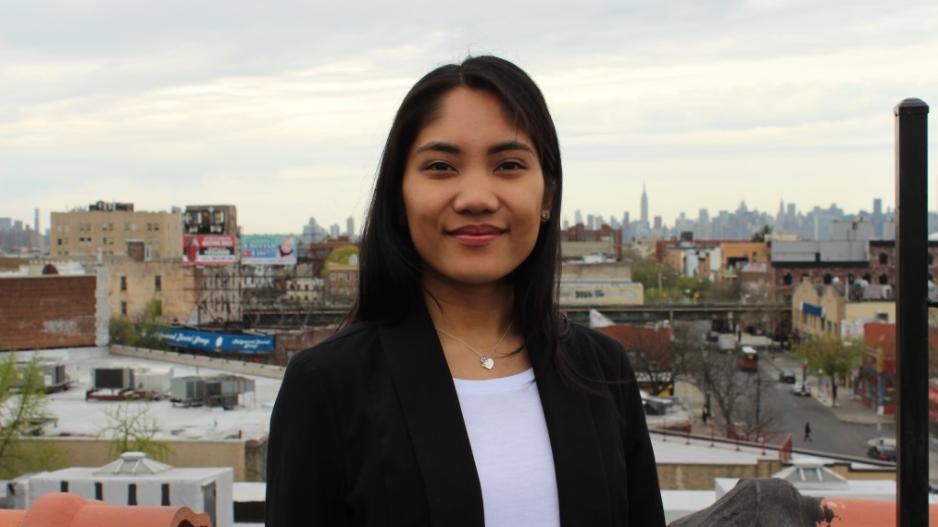 Lauren Salazar (ls3458@nyu.edu )  is a graduating senior majoring in Applied Psychology at Steinhardt School of Culture, Education and Human Development. She is currently a research team member at the playLab, working as a project assistant for the "Social Studies Curriculum in Urban Kindergarten Classrooms: An Opportunity for Theory and Measure Development" project as well as a field-based data collector for "Early Experiences Matter: Follow-Up RCT's" project. Lauren's future plans include attending graduate school.  She hopes to make an impact on educational policy in early childhood and children with autism. 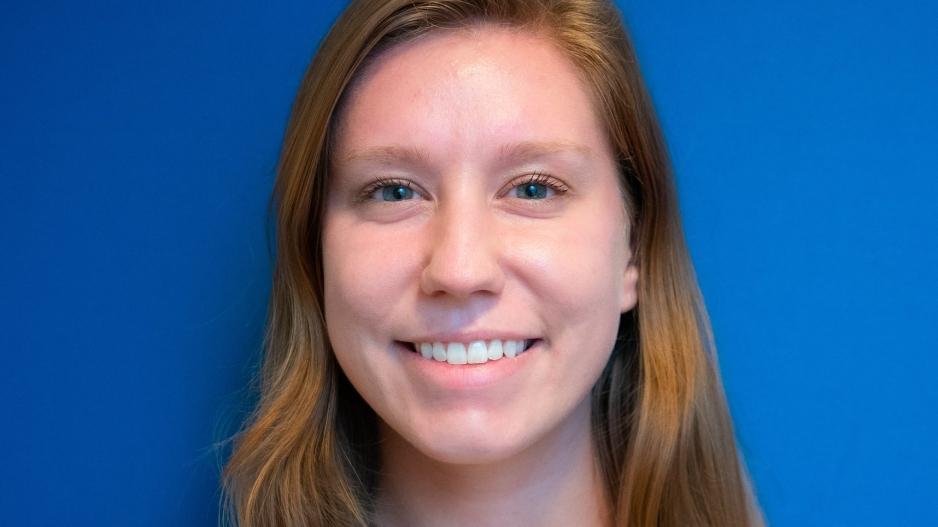 Emma Turner (eet263@nyu.edu) graduated from the applied psychology program at the Steinhardt School of Culture, Education, and Human Development. Emma is currently working as an Assistant Project Coordinator on Early Care and Education projects. She supports work at the Center such as training New York City and New York State preschool teachers in implementing authentic assessment in their classrooms. She is particularly interested in the utilization of differentiated instruction in preschool, and hopes to gain classroom experience in this area. 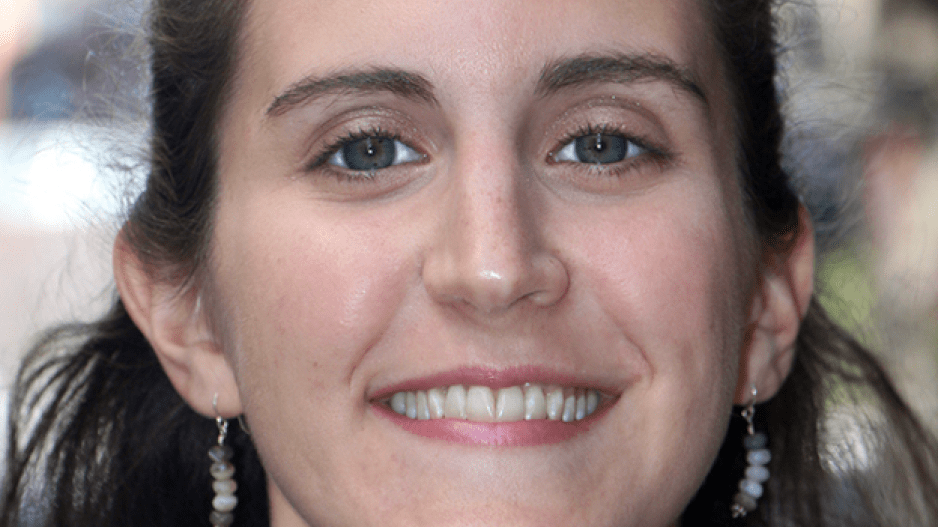 Tess M. Yanisch (tmy217@nyu.edu) is a doctoral student in the Psychology and Social Intervention program at NYU Steinhardt. Since September of 2013, Tess has worked as project manager of Dr. Allen's civic engagement projects, including surveys of the motivations, intentions, and styles of civic engagement among youth in New York and Paris; American youths' ethnic identity, self-esteem, and civic engagement; the relative importance of different political issues to emerging adults (18-25) in the United States; philosophies of civic engagement and teaching in Muslim women teachers; and how French parents think about civic engagement, parenting, and responsible citizenship. At the request of the research team, she has taught informal statistics and research methods "classes" over the summer. After a two-semester internship researching participatory budgeting, the nonpartisan public engagement nonprofit Public Agenda hired her as a part-time consultant for research on teacher collaboration.

Tess's many and varied research interests all relate to factors that influence whether people treat each other well or poorly.