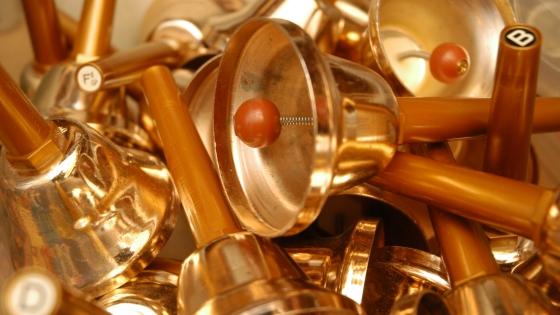 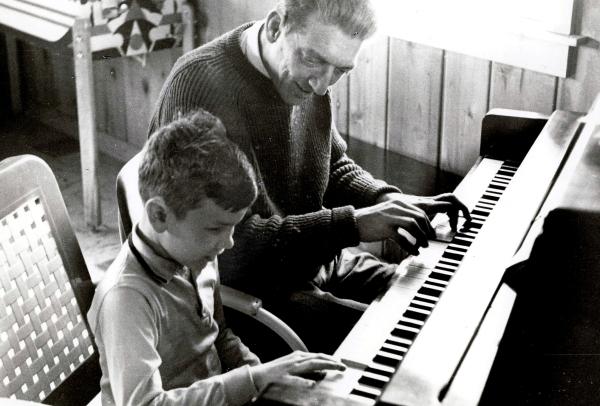 Nordoff-Robbins Music Therapy results from the pioneering teamwork over seventeen years of Paul Nordoff and Clive Robbins. Dr. Paul Nordoff was a graduate of the Philadelphia Conservatory of Music and the Juilliard Graduate School. He was Professor of Music at Bard College from 1949 to 1958. He received many honors for his work as a composer, among them the Guggenheim Memorial Fellowship and the Pulitzer Traveling Fellowship for music. Dr. Clive Robbins was a special education teacher who was searching for a new way to reach the children with whom he worked that could unlock their dormant potential. The two members of the team met in 1958 and engaged in explorations around the clinical use of improvised music.

After witnessing the intense musical engagement provided by individually improvised music, Nordoff and Robbins became so convinced of the power of music as therapy that they each made life-changing decisions: Nordoff gave up his tenured professorship and his efforts to have his art music performed; Robbins left his job and family in England to pursue a working partnership with Nordoff. Creatively and empirically, and with encouragement from colleagues in research and psychology, they began their innovative explorations with disabled children in Great Britain and Europe.

Following a lecture-demonstration tour and a survey of facilities and music offerings for children with diverse learning styles in Britain and Europe, Nordoff and Robbins began their American work in 1961 with pilot projects at the Day Care Unit for Autistic Children, Department of Child Psychiatry, University of Pennsylvania, and the Devereux Foundation. They worked with autistic, emotionally disturbed, developmentally disabled, and multiply handicapped children. Their approach to music therapy developed further with physically disabled and communicatively handicapped children at the Institute of Logopedics, Wichita, Kansas.

As an experienced composer and gifted pianist, Paul Nordoff brought quite new resources and techniques to meet the diverse needs of a wide range of disabled children. His creative use of piano and vocal improvisation as a medium of communication and relationship with autistic children impressed the multidisciplinary team directing the Day Care Unit for Autistic Children, University of Pennsylvania. The initiative of the principal researcher resulted in a five-year “Music Therapy Project for Psychotic Children Under Seven at the Day Care Unit, funded by the National Institute of Mental Health. Beginning in 1962, the project included treatment, training, research and publication. This was the first NIH grant given to study music therapy with autistic children.

Concurrently, with the aid of therapists they had trained, Nordoff and Robbins developed a Music Therapy Program in Special Education for developmentally disabled the School District of Philadelphia. During these years they published Music Therapy for Handicapped Children and books of songs, plays and instrumental activities for children. They also gave many lectures, workshops and summer courses in the U.S.

In 1967 the American-Scandinavian Foundation and the van Ameringen Foundation sponsored a lecture-demonstration tour of the five Scandinavian countries. Other American and European funding sources widened the dissemination of the Nordoff-Robbins work to Britain, Germany, Holland, and Italy. For the next seven years Nordoff and Robbins combined international travel, teaching, and demonstrating with writing their three major books: Therapy in Music for Handicapped Children, Music Therapy in Special Education, and Creative Music Therapy.

The London base of their work was established in 1974 when, with the active support of music therapists and specialists in child care, and under the sponsorship of the Music Therapy Charity of Great Britain, they conducted a Preliminary Training Course for an international group of students. They were invited to guide the founding of the Nordoff-Robbins Music Therapy Centre where, in 1975, they initiated a One-Year Graduate Diploma Course, approved by the Department of Education and Science. In the same year, their work was recognized by a Service of Dedication for Music Therapy” at Westminster Abbey. Two films featuring their work were broadcast on BBC Television. In 1976, musicians and managers in the British music industry formed the Silver Clef fund-raising organization to support all the activities of the Centre. After an illness, Paul Nordoff died in 1977 in Germany.

In 1975, Clive Robbins began work with his wife, Carol, adapting the Nordoff-Robbins approach to hearing impaired children at the New York State School for the Deaf, at Rome. Dr.Carol Robbins, an accomplished musician and qualified music teacher and therapist, had begun studying with Nordoff and Robbins in 1966. After a pilot program demonstrated the effectiveness of music in stimulating the use of residual hearing, a “Music Curriculum for the Deaf project was Federally funded for three years. From 1976, Clive Robbins divided his time between directing this project and teaching annually on the course at the Nordoff-Robbins Music Therapy Centre. Carol Robbins also taught there, specializing in improvisation and clinical technique. During the late seventies the Robbinses became Adjunct Faculty at New York University, where they gave summer courses. They presented at many national conferences. During this period, they also began to compile instructional materials for the Nordoff-Robbins Resource Library for Music Therapy.

In 1981, the BBC filmed the Robbinses work for a documentary on music with the deaf, and their curriculum guide Music for the Hearing Impaired and Other Special Groups was published. They went on to teach at Southern Methodist University, Dallas, as Meadows Distinguished Visiting Professors of Music Therapy, and set up treatment programs for disabled children and adults in the area.

The Robbinses gave a lecture tour in Australia in April 1982, and were invited to return to develop music therapy further. In 1984 they established the Nordoff-Robbins Music Therapy Centre in Australia. Their work in two special schools included an innovative program combining music therapy with physical therapy for multiply handicapped children. They continued to teach annually on the training course at the London Centre and produce instructional materials. Their lectures and workshops were in wide demand, their traveling and teaching during these years included Australia, Europe, Japan, New Zealand, South Africa, The Peoples Republic of China, Scandinavia, and the USA.

In London, support from the British music industry increased each year. Leading personalities, groups, and managers gave benefit concerts, donated proceeds from premieres, and participated in an amazing variety of fund raising events. The annual Silver Clef Award Luncheon became an important social and business venue, members of the Royal Family attended as guests of honor. As support increased, the Nordoff-Robbins Music Therapy Centre expanded its treatment services for children with diverse learning styles, and established outreach programs in hospitals and special schools in London. The Resource Library, vitally important for the training of therapists, developed consistently. In 1982, the Centre acquired its own building which also housed the training course, now validated by the City University of London. In 1991, due to the success of the 1990 Knebworth Rock & Roll Benefit Concert, the Centre moved into a much larger, custom designed facility in North London.

In Germany, treatment and training programs by Nordoff-Robbins trained therapists began in 1978 at the Community Hospital, Herdecke, and the Music College of Aachen. This resulted, in 1985, in the establishment of The Institute for Music Therapy, Faculty of Medicine, University of WittenHerdecke. Working with medical specialists and researchers, the Staff of this Institute extended the Nordoff-Robbins approach into the areas of child, adolescent and adult psychiatry; pediatrics; spinal injuries; neurology; psychosomatic illnesses; internal medicine; and intensive care.

Through the transatlantic connections of the music industry, the Silver Clef initiative spread to the USA, establishing the Nordoff-Robbins Music Therapy Foundation Inc., in New York in 1988. Fund raising initiatives were launched in 1989 when members of the music business community arranged the first American Silver Clef Award Dinner and Auction. The monies raised then, and in later events by the Foundation, support the Nordoff-Robbins Center for Music Therapy at New York University, which opened in November 1990. The artists who received the Silver Clef award include Neil Young, The Who, Jon Bon Jovi, John Mellencamp, ZZ Top, The Who's Pete Townshend, Ahmet Ertegun, Aerosmith, and David Foster.

The Center operates as part of the Music Therapy Program at NYU under the direction of Professor Barbara Hesser and provides outpatient treatment services for over 100 children, adolescents and adults weekly. The program is expanding each year and outreach programs are currently being developed. Music therapy students are trained annually in advanced music therapy techniques. The Center is also a venue for research, demonstration and seminars. It produces innovative research studies, and musical and instructional materials for the field of music therapy.

In 1995, the International Trust for Nordoff-Robbins Music Therapy was established for the purpose of overseeing the use of the Nordoff-Robbins name, and maintaining and disseminating the original Nordoff-Robbins clinical archives. The Trust consists of members from the three Centers in the USA, England, and Germany, and is currently overseeing the development of new facilities and organizations in Scotland, Japan, and South Africa.