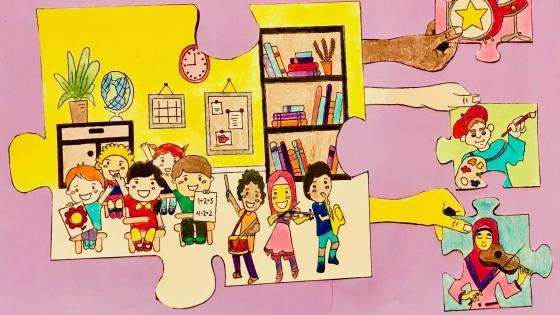 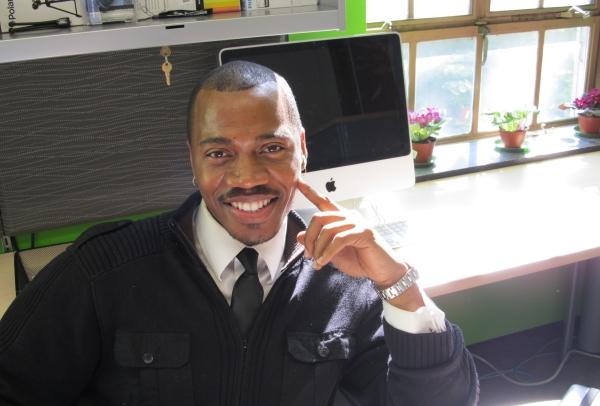 With All Deliberate Speed: Reimagining Integration from a Racial Equity Frame

For many, 2016 marked a fundamental shift in the world. The outrage following the election of Donald Trump revealed our deep social slumber followed by our collective awakening to a reality that countless of vulnerable woke Americans had already known: The country is deeply divided, splintered along the fault lines of faith, ability, race, socioeconomic experiences, linguistic heritages, geographies, and other expressions of distance and difference that make the U.S. beautifully complicated and petulantly inequitable.

Prior to 2016 and since 1954, the most optimistic of us held onto the belief that the tides of history were pulling the nation, if not the world, forward, breaking down the invisible boundaries that held in place systems of confinement—the concentration of vulnerable people divided from the exclusive freedoms enjoyed by the privileged. This system, however—a system of segregation—was so deeply baked into the American reality that the years following 1954 would see segregation reimagined and reinforced. With it, the uneven distribution of education would continue, and those of us charged with seeking equity would find ourselves split between the goals of integration, which implied a more united populace, and the necessity for servivance, which focused less on unitary aspirations than on monetary reparation.

The mistake of first wave integration and the ensuing fragmentation of equity work(ers) was seeing unity as only a march of flesh, divorced from the directionalities that define and represent enactments of power, privilege, and possibility. These enactments and the compass points to which they tug are where the real struggle for equity exists. Thus, integration has never been about sending Black and Brown children to school with white students; it has always been about a struggle over power—the power to move and remain still, to live on ones’ own terms, to choose, to gain access to the opportunities afforded the most privileged Americans while also seeing oneself in the creed of the country and our country’s school curricula. From this perspective, integration is much about freedom—the measure of freedom capable of bringing people together, allowing values, experiences, hopes, dreams, and so forth to transact. But as Sonya Horsford (in this volume) so eloquently reminds us, “integration never happened.”

This issue of Voices in Urban Education (VUE)—the first issue published by the Metropolitan Center for Research on Equity and the Transformation of Schools at New York University—explores the question of integration from a number of perspectives. Each perspective seeks to reframe the integration debate, interrupting, for example, the Black/white binary—a schism that integration so often gets trapped into, reinforcing the exclusion of other races, such as Asians, from the conversation in ways that fracture possible coalitions for racial justice (see Tanakawa, in this volume). Other perspectives in this issue of VUE seek to reclaim the concept of integration but from a racial equity basis (see Gonzales, in this volume), reimaging integration as both having and needing all the ingredients necessary to advance racial justice in education and beyond it. This issue of VUE also offers other reframings that challenge the construct of integration entirely (see Horsford, this volume), raising questions such as “whose integration”?

These disruptions, reframings, and questions are crucial to advancing the cause of equity in education. By answering the question “whose integration,” for example, readers are invited to reflect upon, attend to, and contend with the ways that systems of ideology—white supremacy and racism—fabric our understanding of social change and blanket our thoughts about social progress. Such understandings lead us to fresh analyses of topics such as choice and displacement (see Kirkland and Cordova-Cobo, in this issue). They bring us face to face with the individuals most harmed by the social violence of segregation (see conversations with Jamal and Hannah-Jones, in this issue). If anything, they give us an intimate peek into a social system designed to subjugate some people while protecting the privilege of others, reminding us of why the question of integration is so important in the first place.

VUE is an ideal venue for hosting this reflection. Much of this issue of VUE focuses on the integration/anti-segregation work currently happening in New York City (NYC). NYC, what some see as “the mecca of segregation,” is the largest and one the most diverse cities in the U.S. It is also the U.S.’s most segregated city. Like NYC, NYC schools are highly segregated, and there is clear evidence that the segregation held in place across the City is a matter of policy rather than circumstance. In response to its segregation problem, NYC Department of Education (NYCDOE) released a plan in 2017 aimed at increasing “diversity” across its schools. One significant measure of the plan called for a school diversity advisory council, more formally known as The School Diversity Advisory Group (SDAG). SDAG was composed of a broad coalition of advocates, educators, parents, students, and other community representatives interested in advancing equity in NYC schools by supporting NYCDOE in its efforts to design a more effective plan to integrate NYC schools. By 2019, SDAG offered 67 recommendations in its first report, all intended to advance equity and increase integration throughout NYC.

It is not a stretch to locate NYC as ground zero in this most recent struggle for integration. Thus, contributors to this issue of VUE have been selected purposefully, as each shares some connection to NYC and unique insights into the question of integration. The issue of VUE, itself, however, is not about NYC. It is about the greater proposition gained from understanding integration more presently and through a chorus of varied voices—from parents and student activists to community organizers and scholars. This multi-perspectival view into the questions of—that is, this novel attempt to reframe—a concept that has been itself recast, redesigned, and stubbornly (re)inscribed against the tapestry of a country is quite unique. In this issue of VUE, we bring together commentary and conversation, concluding with two studies that offer data and analysis around the complexities of transitory bodies—some fugitive and others invasive.

In all, this issue of VUE responds to a kind of new new Jim Crow, which is a continuation of old patterns of racial hierarchy and social subordination in the U.S. The response we feature here is rather progressive, curated in a way that deals with the current moment. Moreover, responding to this iteration of segregation calls for a broader collective of voices, a reimagining of terms, and a texturing of players. It also calls for a willingness to let go of the past, suspending what we think we know about integration while holding on to futurities where integration can exist as something beyond mythology. And as you hear each voice, hear also the fierce urgency of beneath them—the urgent cries of the voiceless masses demanding change to the status quo … with all deliberate speed.