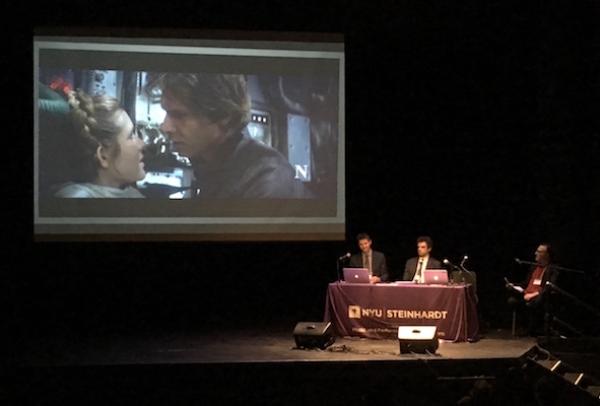 Call for Papers
The annual Music and the Moving Image Conference invites abstracts for paper presentations that explore the relationship between the vast universe of moving images (film, television, streaming media, video games, and advertisements) and that of music and sound. We encourage submissions from scholars and practitioners, as well as from multidisciplinary teams that have pooled their knowledge to solve problems or to develop new perspectives regarding the relationship between music and moving images. Abstracts will be selected based on their originality, relevance, significance, and clarity of presentation.

Keynote Speaker: Kathryn Bostic
Kathryn Bostic is a composer and artist known for her work on award-winning films, TV, and live theater, including scores for Clemency (2019) and the Emmy-nominated films Amy Tan: Unintended Memoir (2021) and Toni Morrison: The Pieces I Am (2019). Songwriter, pianist and vocalist, Bostic is the recipient of the Sundance Institute/Time Warner Fellowship, and Best Music in Film by the African American Film Critics Association. In 2016 she became the first female African American score composer to join the Academy of Motion Pictures Arts and Sciences.

Keynote Panel: The Role of Screen Music in the Music Theory Classroom

*On-campus housing will be available to MaMI participants.