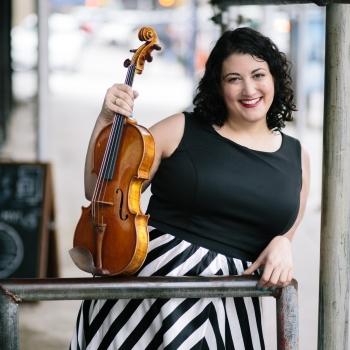 Wendy Richman has been celebrated internationally for her compelling sound and imaginative interpretations. As a soloist and chamber musician, she has performed at Carnegie Hall, Lincoln Center Festival, Metropolitan Museum of Art, Miller Theater, Mostly Mozart Festival, Park Avenue Armory, Phillips Collection, and international festivals in Berlin, Darmstadt, Helsinki, Hong Kong, Karlsruhe, Morelia, and Vienna. She is a founding member of the New York-based International Contemporary Ensemble (ICE) and a member of The Rhythm Method, a string quartet of four performer-composers that strives to reimagine the genre in a contemporary, feminist context.

Hailed by The New York Times and The Washington Post for her "absorbing," "fresh and idiomatic" performances with "a brawny vitality," Wendy collaborates closely with a wide range of composers. She presented the U.S. premieres of Kaija Saariaho’s Vent nocturne and a fully-staged version of Luciano Berio’s Naturale. Upon hearing her interpretation of Berio’s Sequenza VI, The Baltimore Sun commented that she made "something at once dramatic and poetic out of the aggressive tremolo-like motif of the piece."

Though best known for her interpretations of contemporary music, Wendy enjoys performing a diverse range of repertoire. She regularly performs with NYC’s Orpheus Chamber Orchestra and has collaborated with fortepianist Malcolm Bilson, the Claremont and Prometheus Trios, and members of the Cleveland, Juilliard, and Takács Quartets. She has also been a frequent guest with the viola sections of the Atlanta Symphony, Minnesota Orchestra, and St. Louis Symphony.

Through her vox/viola project, she has collaborated with numerous composers to create pieces in which she sings and plays simultaneously. Wendy’s debut solo album, vox/viola, was released on ICE’s TUNDRA imprint on New Focus Recordings in 2019. An Earful wrote of the recording, "on the whole, a triumph. Listen and hear a genre being born."