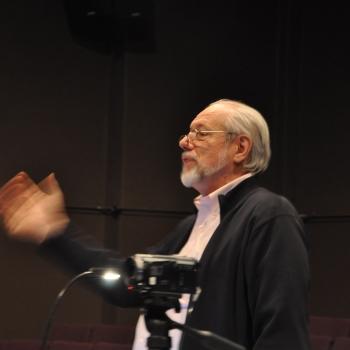 Thomas L. Beyer has been working professionally on the NY scene since the age of 14 and has evolved over 40+ years into a highly respected performer, composer, educator, sound designer, systems and audio engineer, innovative instrument builder, and technologist. He studied classical percussion, with Paul Price, at Manhattan School of Music, and later continued jazz and ethnic music studies with many prominent percussion masters. Both his performance and his compositional careers have seen him making a mark on the jazz, classical, and experimental music scenes, as well as theater, opera, dance, internet, and new media. His compositions, in many genres, ranging from solos to huge multimedia extravaganzas, have been performed in many venues and festivals in Poland, Italy, France, Germany, Belgium, Holland, Romania, and Asia as well as for The Public Theater, The National Gallery of Art, Alvin Alley Dance Theater, and many venues all across the United States. He was a founding member of both La Mama’s Experimental Theater Company and the NYU IMPACT Workshop.

Thomas has been exploring simultaneous performances in multiple locations since the late 90s and has participated in well over 40 such events, in many, serving in multiple capacities including performer, composer, artistic director, technical director, systems designer, etc.

He subsequently received his master’s degree in Composition from NYU Steinhardt. He has taught at The New School and Marymount Manhattan College and was the Director of the Electronic Music Program at The County College of Morris from 2000–2004. He became the chief systems engineer for the Music Technology program and the network administrator for the Department of Music & Performing Arts Professions and joined the adjunct faculty at NYU Steinhardt in 1999.