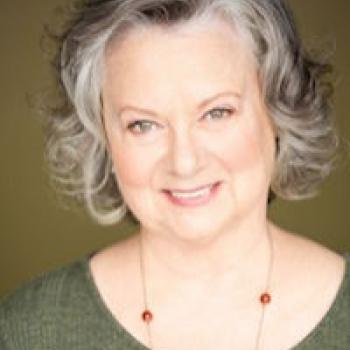 Meg Bussert teaches Acting and Music Theatre Studies for Vocal Performance. She is a member of Actors' Equity Association (AEA) and Screen Actors' Guild - American Federation of Radio and Television Artists (SAG-AFTRA). Her affiliations include the Michael Chekhov Association, the Actors' Work Program, and a founding member in the Musical Theatre Educators Alliance-International (MTEA) as vice-president for Conferences. As guest artist faculty-in-residence, Meg has visited The Arts Academy, University of Ballarat, AU, and the Danish Musical Theatre Academy, Fredericia, DK. She is a specialist in the Michael Chekhov techniques as applied to the singing actor.

Professor Bussert received a Tony Award nomination for Outstanding Actor in a Musical as Fiona in the 1980 Broadway revival of Brigadoon (director, Vivian Matalon; choreographer, Agnes DeMille), and a Theatre World Award for playing Marian Paroo opposite Dick Van Dyke in a revival of The Music Man (director, Michael Kidd). As Queen Guinevere opposite Richard Harris in Camelot, she was nominated for a CableACE Award for Excellence (1982) in the Home Box Office presentation of the show (1983), now available on DVD and YouTube.

Discography: Phantom (RCA/BMG), Sousa for Orchestra (ESS.A.Y), and Lost in Boston (Varese Sarabande). Television: Camelot, Great Performances: A Salute to Alan Jay Lerner, Pete and Pete, One Life to Live, and All My Children.

Professor Bussert earned a BA from Purchase College and an MAT from Manhattanville College, and holds NYS teacher certification in English/Secondary. A life-long passion for theatre and music began to flower at Maine South High School in Park Ridge, Illinois, with membership in the International Thespian Society.