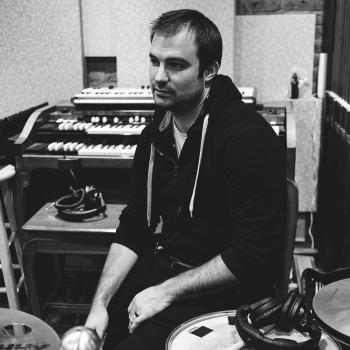 Independent musician, producer, arranger, and educator Josh Bailey is a freelance drummer/percussionist who can be seen performing regularly in the metropolitan area of New York City as well as touring both nationally and internationally. With ties to Nashville as a recording artist, touring musician, and producer, he has recorded on and/or co-produced numerous albums, artist singles, and EPs in Nashville and NYC (since 2013). Notably, Josh recorded drums on the release of Stephen Sondheim's "The Flag Song" and in the spring of 2017 recorded drums and percussion on the 3rd and 4th season of the Netflix series Unbreakable Kimmy Schmidt. Recently, Josh was seen drumming on Saturday Night Live in a digital short with Kyle Mooney and Beck Bennet (2019) and as music director and drummer for pop singer Erin Bowman, Josh performed on Good Morning America and Live! With Kelly and Ryan (2017).

Josh is currently administrative faculty at NYU Steinhardt as the special programs coordinator (Department of Music and Performing Arts Professions) and adjunct instructor at NYU Steinhardt - Jazz Studies. Josh also worked with notable Dafnis Prieto (past mentor) as the final editor of his instructional drumming book "A World of Rhythmic Possibilities - Drumming Lessons and Reflections on Rhythms" (released May 2016). He performs with The Clubs (Brooklyn, NY) yearly and with the Paul Dunlea Septet at the Guinness Cork Jazz Festival in Cork, Ireland. In the spring of 2017 and 2020, he toured India with New York guitarist Shubh Saran (recorded on recent record Hmayra, 2016) and YouTuber Adam Neely's Sungazer. Josh has a master’s degree from NYU (2014) in jazz instrumental performance, and two BM degrees in music education and classical percussion performance from West Chester University. Josh Bailey endorses Sabian Cymbals and Vic Firth Drumsticks.