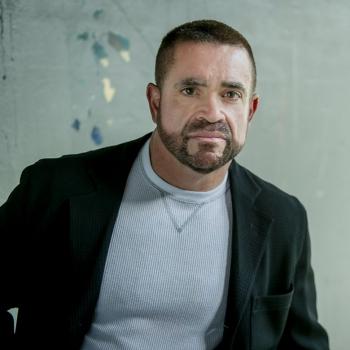 Anthony De Mare is one of the world’s foremost champions of contemporary music. Praised by The New York Times for his “muscularly virtuosic, remarkably uninhibited performance [and] impressive talents,” his versatility has inspired the creation of over 60 new works by some of today’s most distinguished artists, especially in the speaking-singing pianist genre, which he pioneered over 25 years ago with the premiere of Frederic Rzewski’s groundbreaking De Profundis.

Liaisons: Re-Imagining Sondheim from the Piano is a landmark commissioning and concert project that perfectly expresses his vision to expand both the repertoire and the audience for contemporary music. The Chicago Sun-Times recently declared “that de Mare’s passion and vision almost radiate from the stage … he causes all involved – composers, performer and audience members -- to think about how music is made and how we listen to it.”

As creator, performer and co-producer of The Liaisons Project, he has brought together many of today’s most highly regarded emerging and established composers spanning the classical contemporary, jazz, film, theater and indie worlds to bring the work of Stephen Sondheim into the concert hall, adding another 27 composers to the list of those he has commissioned, and another 36 compositions to the contemporary piano repertoire.

The full 3-CD box set recording of the project, produced by Judith Sherman, is being released in September, 2015 on ECM, accompanied by another major national tour including a 3-concert series in New York.  Sold-out houses and raves in The New York Times greeted the first two New York premieres of The Liaisons Project at Symphony Space. Recent performances have included Virginia Tech Center for the Arts, The Ravinia Festival and the Clarice Smith Performing Arts Center in addition to an appearance on the “American Songbook” series at Lincoln Center, Schubert Club in Minneapolis, Mondavi Center at UC Davis, Rockport Music Festival, Cliburn Series in Fort Worth, and Music at Meyer in San Francisco. An excerpt from The Liaisons Project was recently featured in the HBO documentary “Six by Sondheim”.

Since his debut with Young Concert Artists in 1986, his accolades and awards include First Prize and Audience Prize at the International Gaudeamus Interpreters Competition (The Netherlands) and The International Competition of Contemporary Piano Music (France). He gave his Carnegie Hall debut at Zankel Hall in 2005. Among his best-known performances are his national tour of The American Piano (with pianist Steven Mayer); Playing With Myself, a multi-media concert event that enjoyed a sold-out run at HERE Arts Center (New York, 2001); Missing Peace, an eclectic series of old and new works inspired by the exhibition The Missing Peace: Artists Consider the Dalai Lama at The Rubin Museum in NYC; Cool ~ A Journey into the Influence of Jazzand Unities: Music of Pride and Celebration. Mr. de Mare has also collaborated and performed with the Bang-On-A-Can All Stars, Meredith Monk/The House, and the Chamber Music Society of Lincoln Center, among many others.

Mr. de Mare has nearly twenty recordings in his discography. In addition to the current release of LIAISONS on ECM, his recording SPEAK! ~ The Speaking-Singing Pianist (Innova) is the first disc devoted completely to the genre he created over twenty years ago. Both SPEAK! and Out of My Hands (KOCH Entertainment) were short listed for Grammy Awards in 2011 and 2005 respectively. He currently is Professor of Piano here at NYU/Steinhardt and at Manhattan School of Music. 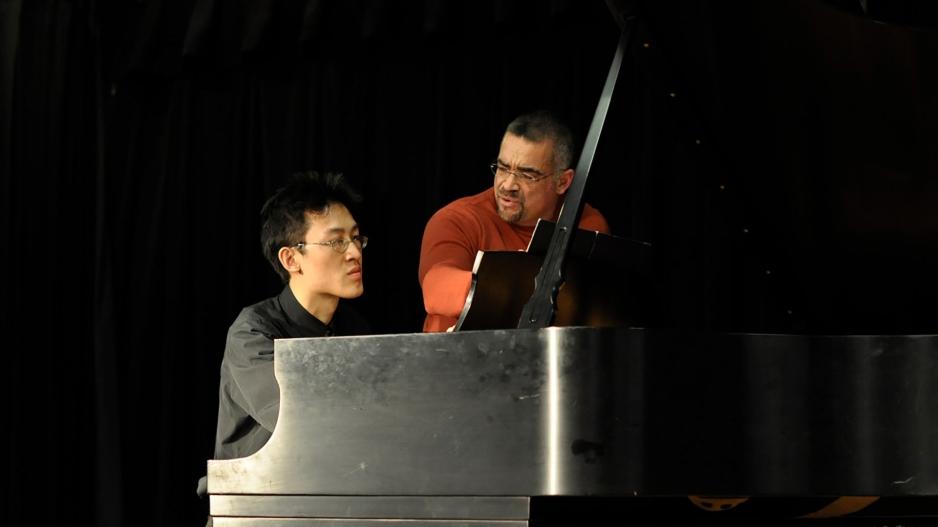