Julia Wolfe's "Fire in my mouth"

The tragic events of the 1911 Triangle Shirtwaist Factory Fire, which killed 146 garment workers, most of them young, female immigrants, is the subject of Music Composition Artistic Director Julia Wolfe’s newest work, Fire in my mouth.

The title of Wolfe's new piece comes from labor activist Clara Lemlich Shavelson, who, when looking back on her radical youth said, “Ah, then I had fire in my mouth.” For Wolfe, the titular fire also refers to the Triangle Shirtwaist Factory Fire.

Thanks to Wolfe’s signature intensive research methods, which draw on oral histories, speeches, interviews, and historical writings, the music captures the roar of hundreds of sewing machines to recreate the world of women working in New York garment factories in the early twentieth century.

Wolfe said of the piece, “I had been thinking about immigrant women in the workforce at the turn of the century. They fled their homelands to escape poverty and persecution. The garment workers arrived to these shores with sewing skills. Many of the women wound up working on these huge factory floors—hundreds of women sitting at sewing machines. Fire in My Mouth tells the story of these women who persevered and endured challenging conditions, women who led the fight for reform in the workplace.”

Fire in My Mouth debuted at The New York Philharmonic January 24-26, 2019, as part of its "New York Stories: Threads of Our City" season. The immersive, multimedia performance featured the New York Philharmonic, 36 women of the chamber choir The Crossing, and 110 young women of the Young People's Chorus of New York City. The wardrobe was provided by Eileen Fisher, which was chosen for its dedication to fair labor practices.

Wolfe has previously explored American labor history with Steel Hammer, her reimagining of the John Henry legend, and Anthracite Fields, an oratorio about Pennsylvania coal miners. Anthracite Fields was presented by the Philharmonic and won the 2015 Pulitzer Prize for Music, while the recording with the Bang on a Can All Stars and the Choir of Trinity Wall Street was nominated for a 2016 Grammy Award for Best Contemporary Classical Composition. Wolfe was awarded a MacArthur fellowship in 2016. 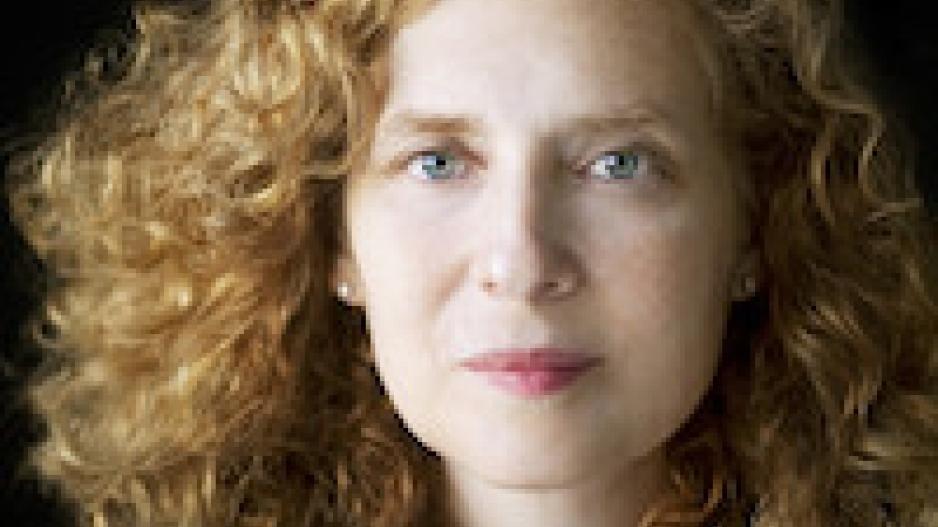 Cal Performances at Home is streaming the Music Composition Artistic Director’s oratorio on demand through August 4.