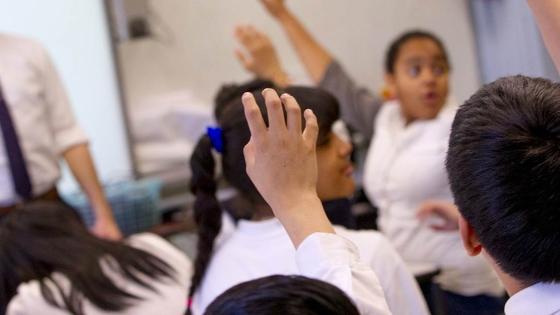 A Framework For Integration Rooted In Racial Justice | 2018

“I’ve come upon something that disturbs me deeply...We have fought hard and long for integration, as I believe we should have, and I know that we will win. But I’ve come to believe we’re integrating into a burning house.”

Dr. King’s remarks remain deeply relevant in today’s integration debate. His words represent real concerns advocates for and against integration have had for years. His words also have been used for years to argue that integration cannot be successful and our focus should be on equalizing resources. It is a compelling point; one that at a time in my life I believed. But through my work, I have come to interpret Dr. King’s words not as an indictment of the idea of integration, rather an indictment of efforts in the name of integration that maintain the dehumanization of students and communities of color inherent in segregation.

Many early desegregation plans led to the mass firing of Black teachers in the South and the busing of Black students into predominantly White schools and communities where they experienced tremendous violence. This was piled on top of the strategic disinvestment in schools serving majority Black and Brown students alongside the creation and maintenance of a deficit-narrative about students and teachers of color and the schools they populate -- issues that continue to plague public education today. These barriers are the products of educational segregation and integration initiatives that are not centered on racial justice.

The history and reality of integration initiatives bring up trauma and distrust of institutions from communities of color. There is pessimistic doubt that White people can and will act morally when our history has shown us time and time again that they haven’t. It is important to acknowledge and understand this history, and the larger historic function of public education in America (from its inception) as a colonial project designed to dehumanize non-White students and maintain racial and economic stratification. For too long, integration advocates have ignored, forgotten, or avoided this history, and it has been a tremendous flaw in the movement.

“Segregation is the child of white supremacy.”

Educational segregation is one of many institutional, cultural, and pedagogical manifestations of anti-Black racism and White supremacy in public education. Segregation is about more than separating people from each other; it is about separating people of color from power, opportunity, and the ability to self-determine their lives. It is about the maintenance of racial and economic stratification. Segregation facilitates the concentration of privilege and vulnerability through racist and classist enrollment policies, the inequitable funding of schools, and the bias embedded in the classroom from discipline policies to teacher bias and Eurocentric-curriculum. Since segregation operates and manifests as a multifaceted set of policies and practices, the response to it must be multifaceted and intersectional -- a one policy approach focused solely on money or solely on enrolment will not suffice.

In New York City, the integration advocacy community has taken on the tensions of integration and have used them to inform their definitions and solutions to segregation. Led and designed by students, the framework for integration we have adopted is called the Five R’s of Real Integration. The 5 R’s (Race and Enrollment, Resource Equity, Relationships across Groups, Restorative Justice, and Representation) offer the ingredients needed to make Real Integration happen, to construct a house unburnt by the flames of educational oppression. They articulate a framework for comprehensive impact, grounded in racial justice, and intended to dismantle schools’ institutional, interpersonal, and cultural manifestations of anti-Black racism and White supremacy. This framing intends to completely and radically shift the priorities we have placed in our public education system. This framing challenges narratives of “good and bad” schools, students, and teachers. It calls on us to disrupt narrow measures of achievement that continue to construct the so-called “achievement gap,” and instead look towards identifying the brilliance and assets our students bring into the classroom. This is about rebuilding, or rather reimagining, a truly democratic and liberatory educational system.

Integration is not a policy or practice. It is not about getting Black and Brown children what the White children have. That system is broken. It is about getting all children something better. I have seen this vision play out beautifully in spaces created by young people in New York City through IntegrateNYC. And that is the key -- letting young people articulate the future of their schools. Adults bring our trauma, pessimism, and ideologies that in many ways have been compromised by the many “ism’s” in our society. Young people in these organizing spaces have not yet fully bought into these systems, and in many cases are actively questioning their legitimacy. This is the type of thinking that will help us build a new and better house. All students deserve an education that will prepare them to navigate an increasingly diverse and dynamic world. The house that is education is already burning and has been for decades. Segregated schooling is unsustainable and undemocratic. It is time for us to build something better. Let’s think bigger. Our students are there already. 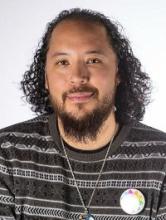 mmg14@nyu.edu
Privacy Policy Accessibility
This site, and all its contents, are Copyright © 2020 by New York University. All rights reserved